Fresh from a 2-1 comeback victory over Sparta Praha in the Europa League midweek, Lille will be looking to translate their impressive European form into Ligue 1 when they meet Monaco at the Stade Pierre-Mauroy.

The hosts have drawn three of their last five Ligue 1 fixtures (W1, L1), with each of those stalemates yielding the identical 1-1 scoreline. However, ‘Les Dogues’ have been a force to be reckoned with at home this term, winning four of their six home league matches while drawing the other two. Christophe Galtier has based his side’s home success on a rock-solid backline, as Lille take the field as the league-best defensive unit, having conceded just two goals across their six home league games. Indeed, each of their four home Ligue 1 triumphs came ‘to nil.’ Although only three teams have scored more home goals than Lille (13) so far, it’s worth noting that they have failed to get on the scoresheet in three of their last five Ligue 1 H2Hs as hosts.

Meanwhile, the visitors have scored over 2.5 goals per game in their last four Ligue 1 matches to win all of them after going winless in three consecutive league fixtures beforehand (D1, L2). Curiously, none of Monaco’s five away Ligue 1 games this season has ended in a draw (W2, L3), with four of those results (win/loss) coming by a narrow one-goal margin. Niko Kovac’s men often tend to start their away matches slow, as evidenced by the fact they have yet to score within 15 minutes of road action while conceding twice in that same timeframe. Notably, though, ‘Les Monégasques’ have run out winners in their last three top-flight trips to Lille, netting precisely four goals per win on two of those occasions. 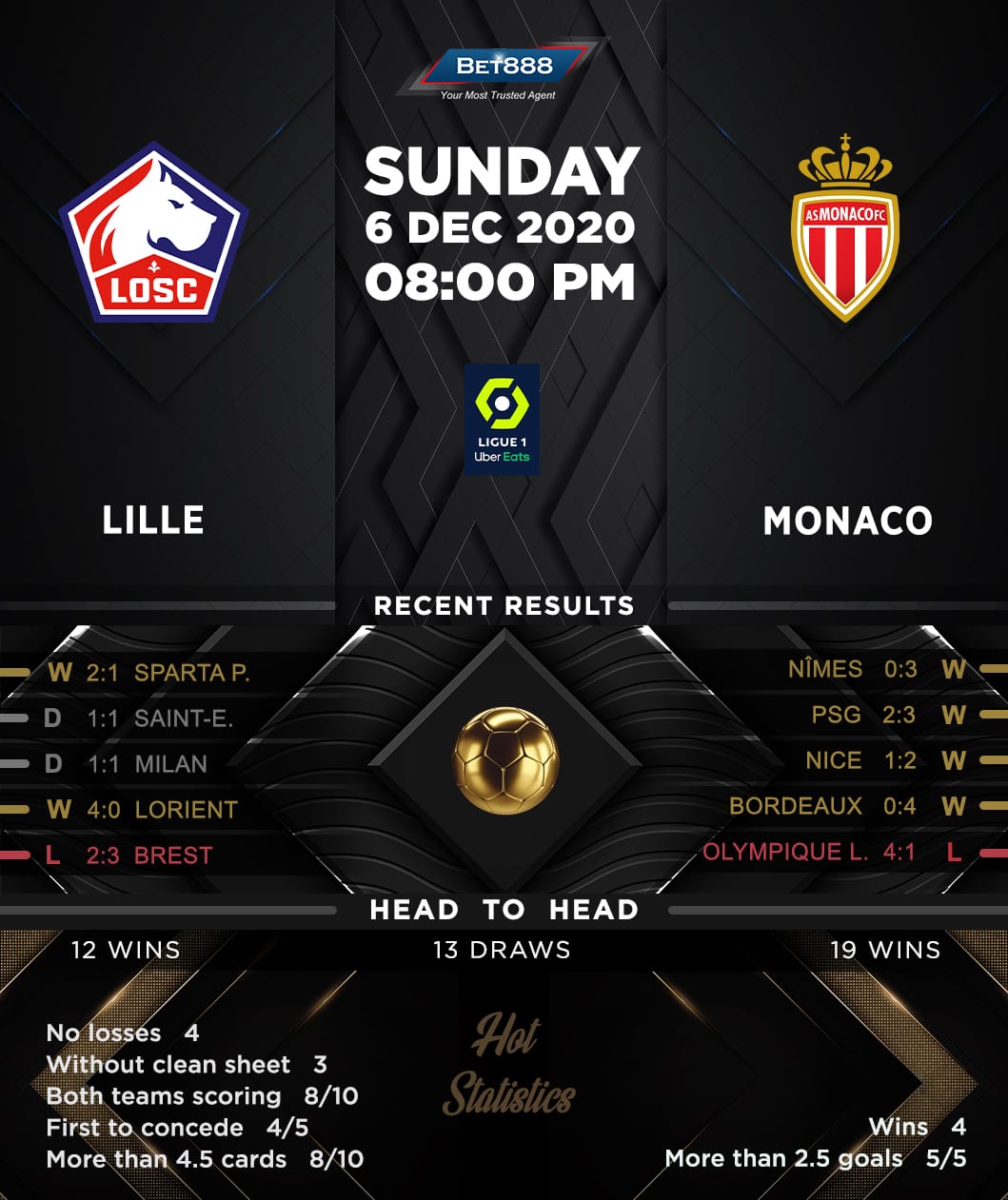