The two sides that have had identical returns from their last three Ligue 1 outings (W1, D2) go head-to-head at the Stade Pierre-Mauroy as Lille take on Olympique Marseille.

Although they have started the new calendar year with a whimper rather than a bang, Lille have rediscovered their best form as they head into this encounter, having avoided defeat in nine consecutive Ligue 1 matches (W7, D2). ‘Les Dogues’ have been robust defensively, keeping a clean sheet in five of their last seven league outings while letting in precisely one goal apiece in the other two. Indeed, Lille’s tally of only 17 goals conceded this Ligue 1 campaign is second to none, with Christophe Galtier’s men registering a shutout in a division second-high 14 fixtures thus far. Notably, the hosts have shipped only six second-half goals this entire league campaign! Against this backdrop, Lille have failed to preserve a blank sheet in their last four top-flight meetings with Marseille.

Meanwhile, Marseille played out a 1-1 home draw with 10-man Lyon last time out, which means they have only won two of their 11 Ligue 1 fixtures since the calendar flipped to 2021 (D5, L4). Away from home, ‘Les Phocéens’ are winless in their last seven Ligue 1 games (D4, L3), scoring under 1.5 goals on six of those occasions. Having that said, it comes as some surprise that Andre Villas-Boas’ men have opened the scoring in a league second-high nine away league matches this season. However, a lack of ability to preserve the lead has seen Marseille drop the points in three of the five Ligue 1 trips in which they were ahead at half-time this term (W2, D1, L2). Incapable of maintaining their focus in the later stages of play, the visitors have scored beyond the 75th minute in just 23.08% of their league games this season. 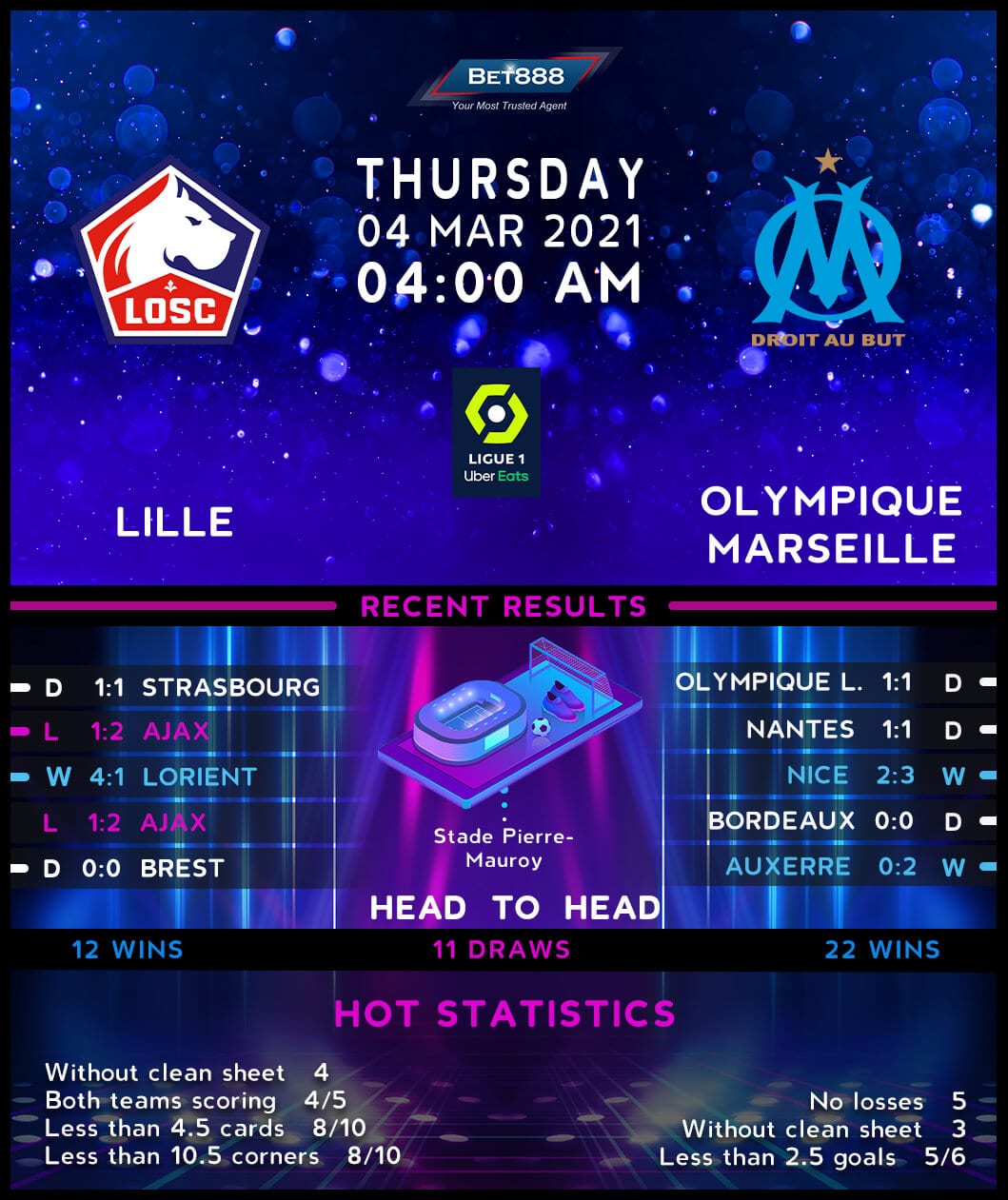