Paris Saint-Germain head to the Stade Pierre-Mauroy to take on underperforming Lille in a handsomely-looking Ligue 1 showdown.

It’s been a thoroughly disappointing Ligue 1 campaign for defending champions Lille so far, as they’ve racked up just 32 points from 22 league matches. Stuck in mid-table lethargy, ‘Les Dogues’ take on a PSG side they’ve beaten just once in their last 11 top-flight H2Hs (D2, L6), drawing a blank in five of their most recent six. Lille’s three-game home form against this opposition in Ligue 1 reads indifferently (W1, D1, L1), but they hope their recent home showings could tip the scales in their favour. Indeed, Jocelyn Gourvennec’s men have not lost any of their last nine home league outings (W5, D4), including a 3-1 win over Lorient in their most recent such fixture. Another success here, even though it appears improbable, would see Lille put together two consecutive Ligue 1 home triumphs for the first time since September/October.

In the meantime, Paris Saint-Germain have bounced back from a 1-1 draw at Lyon in their 2022 curtain-raiser, winning their last two Ligue 1 fixtures by 2+ goals ‘to nil,’ taking their unbeaten run in the competition to 13 (W8, D5). However, each of PSG’s last three away league matches has yielded an identical 1-1 scoreline as Mauricio Pochettino’s men face the prospect of going winless in four consecutive Ligue 1 games on the road for only the second time in the Qatar era. The last time they failed to win four top-flight away outings in succession was between March and April 2012. Scoring first could help ease those fears, with ‘Les Parisiens’ registering a 100% win ratio in Ligue 1 encounters when breaking the deadlock this season (11/11). 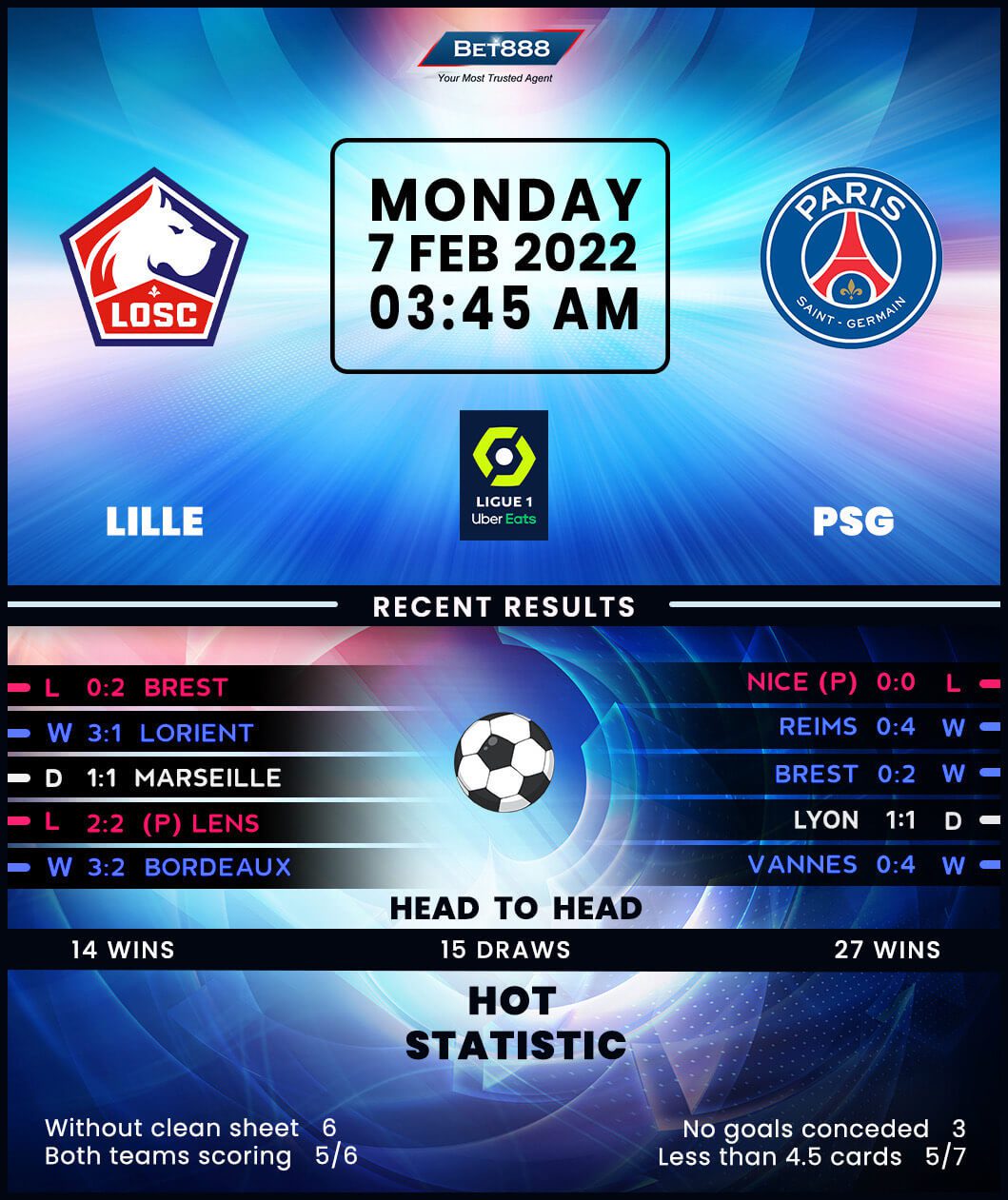