PSG will be looking to take the three points and Lille’s place in the Ligue 1 table when the two sides meet at the Stade Pierre-Mauroy.

The hosts have gone undefeated in five Ligue 1 games (W4, D1) since suffering a dismal 3-2 away loss to Brest on Matchday 10, scoring precisely twice in the last three to win each of them. Additionally, ‘Les Dogues’ boast an almost perfect home league record this season (W6, D2) and are the only side yet to concede the opening goal at home. In fact, Christophe Galtier’s men have let in a league joint-low four home goals so far, only one of which came before the half-hour mark. At the other end of the pitch, just two teams have netted more home Ligue 1 goals than Lille (17), though their tally of ten second-half goals scored at home is the division’s joint-best record.

Meanwhile, ‘Les Parisiens’ have been struggling for consistency across their last five Ligue 1 matches (W2, D1, L2), failing to keep a clean sheet on four of those occasions. Away from home, none of PSG’s seven league fixtures has ended in a draw this season (W5, L2), with five of the games won/lost in that period seeing the victor keep a clean sheet. Thomas Tuchel’s men have been prone to conceding after the break, registering 80% (4) of their five away Ligue 1 goals shipped in the second half of play. Against this backdrop, PSG have won four of their five previous top-flight trips to Lille (L1) without conceding once across those victories. Curiously, eight of PSG’s last 12 Ligue 1 goals scored on the road have come in the second half. 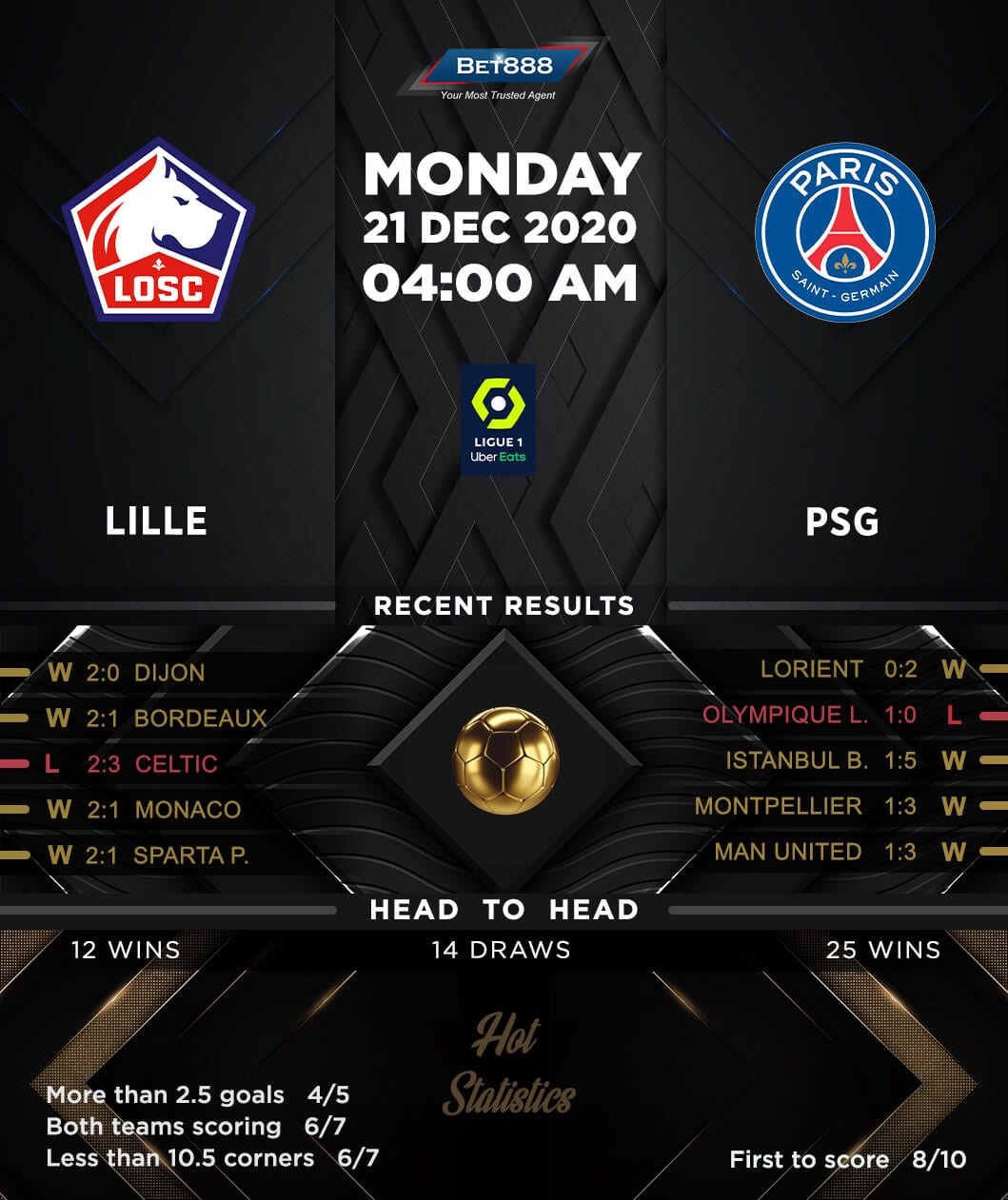