It has been an eye-catching start to the new Singapore Premier League season for Lion City, as they’ve won 82% of their opening 11 league fixtures (W9, D1, L1). Lion City’s formidable run of seven successive league victories puts them atop the Singapore Premier League table ahead of the kick-off, with second-placed Niigata trailing by six points. Coming into this matchday, the ‘Sailors’ are the only side in Singapore’s top-flight to have conceded under 10.5 goals this season (8). Furthermore, only two (25%) of those eight goals have come on home turf, highlighting the potential for another rock-solid defensive showing. That said, you’d have to go back to April 2015 to find Lion City’s last clean sheet in home league H2Hs.

As for Albirex Niigata, a run of four consecutive league victories in the build-up to this trip leaves them within touching distance of the division’s pacesetters. It seems that Kazuaki Yoshinaga’s men have switched through the gears of late, netting a staggering 13 goals across their last two league outings, which stands for 37% of their total goals this term. Adding to Niigata’s confidence – they’ve gone from three straight away league draws to back-to-back 2-1 victories, both of which saw them score inside the final 15 minutes of the first half. Delivering action from the get-go, the ‘White Swans’ have registered a clear majority (67%) of their total away league goals this season before half-time (10/15). 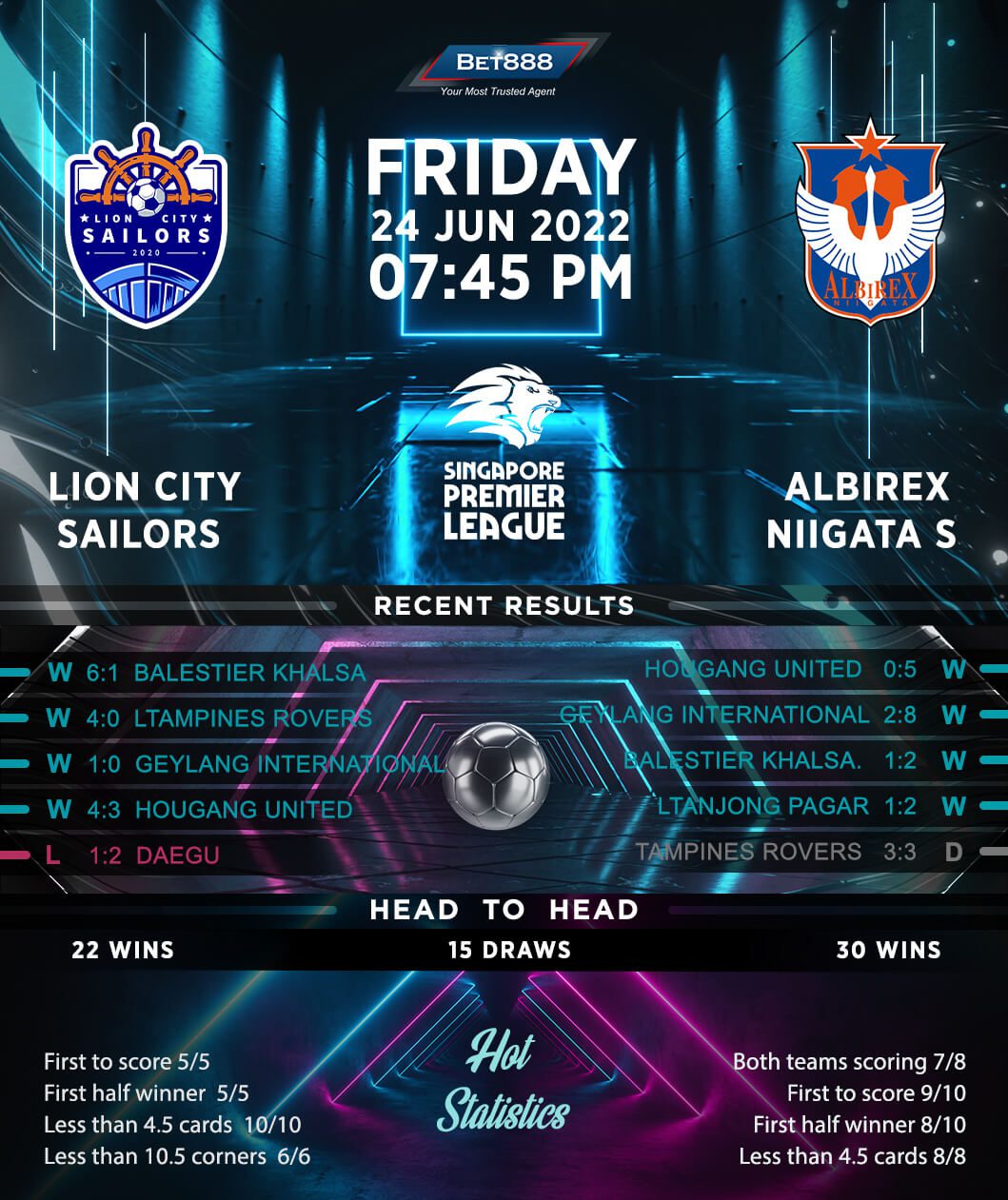