LFF stadionas is the venue as Lithuania and the Faroe Islands meet in a bottom-half Nations League Group C1 six-pointer.

Following a disastrous four-game losing start to this Nations League campaign, Lithuania approach the final two matchdays without any hope of reaching the playoffs. Instead, the Lithuanians face imminent danger of joining the dreaded relegation playouts unless they avenge a 2-1 defeat in the reverse fixture. However, equally uninspiring on both ends of the pitch, the ‘Rinktine’ have conceded 12 goals in Group C1 while scoring just one in return. There’s not much head coach Reinhold Breu can fall back on ahead of the kick-off, as his men have only won one of their eight home internationals since the start of 2021 (D1, L6), failing to get on the scoresheet in five of those six losses, including both in this season’s Nations League.

In the meantime, the visiting Faroe Islands have gone from back-to-back defeats at the beginning of the 2022/23 Nations League campaign to consecutive matches without losing in the competition (W1, D1). While they cannot reach the playoffs, the visitors will be safe in the knowledge a point here would assure another season in League C. But playing on the road does not suit the ‘National Team,’ as witnessed by their underwhelming run of 12 winless international travels since a 1-0 win against Andorra in September 2020 (D5, L7). More defensive discipline is of paramount importance for the Islanders after they’ve kept just one clean sheet in their last eight Nations League fixtures. That’s one of the reasons behind their 100% winless ratio across four Nations League road trips to date (D3, L1). 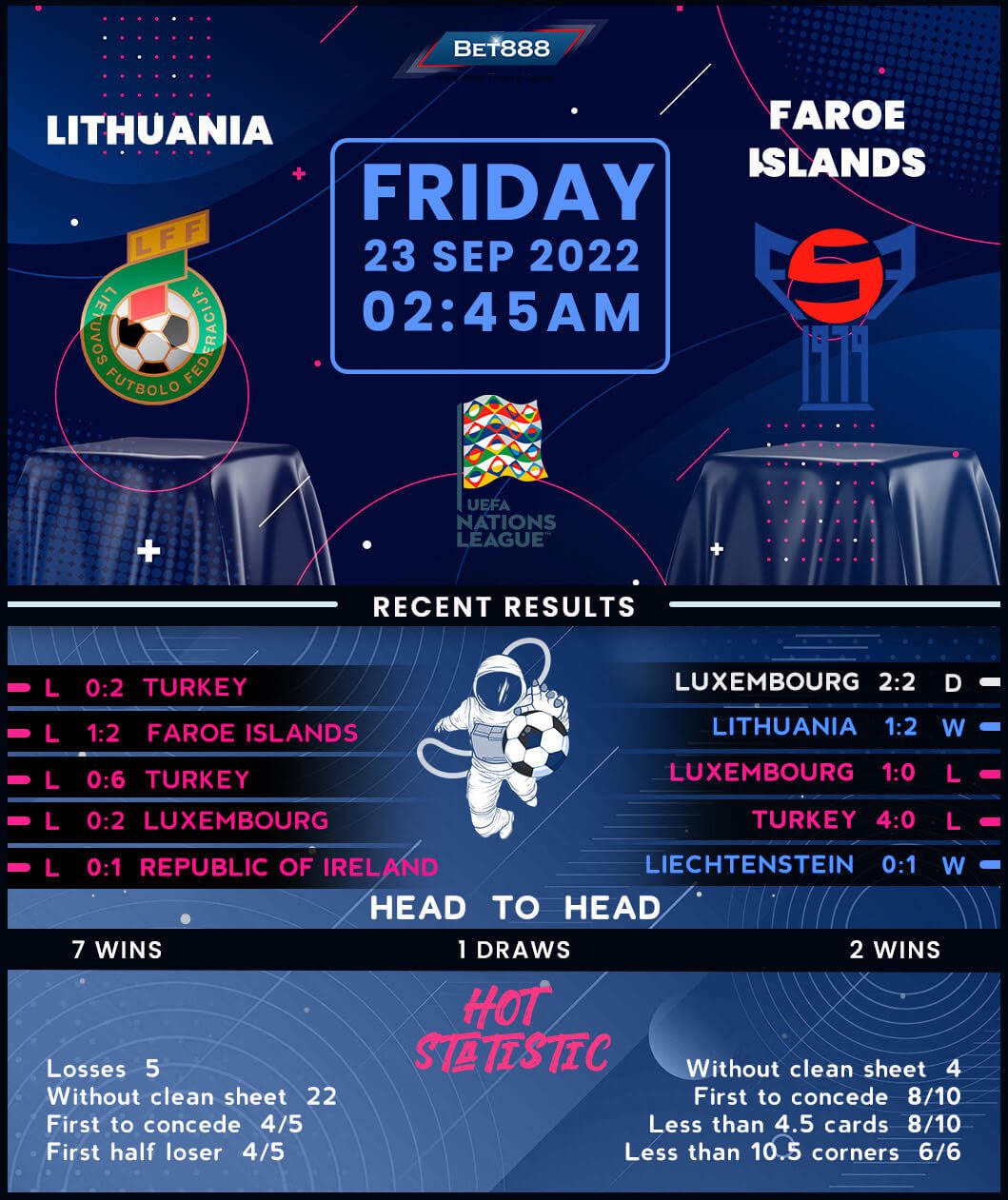