Italy will look to extend their unbeaten competitive record against Lithuania to seven matches (W4, D2) when the two nations meet at the LFF Stadionas in their World Cup qualifier.

A 1-0 away loss to Switzerland in their opening World Cup Qualifying match means none of Lithuania’s last five games overall have ended in a draw (W2, L3), three of which saw the winner on the day keep a clean sheet. Well aware of their slim chances to qualify for the World Cup finals for the first time since the dissolution of the Soviet Union in 1991, the Lithuanians have acted accordingly in their recent World Cup qualifiers. Indeed, they have lost eight of the last 12 (W1, D3), scoring a miserly average of 0.5 goals per game while conceding an average of 1.83. Another huge concern for Valdas Urbonas’ men is a disastrous home form that has seen them fail to win any of their previous 13 competitive home fixtures (D3, L10), letting in 2+ goals in eight of those defeats.

Meanwhile, Italy’s road to redemption for missing out on the FIFA World Cup 2018 started with back-to-back triumphs against Northern Ireland and Bulgari, both of which came via a 2-0 scoreline and saw the Italians score inside the final ten minutes of the first half. Curiously, Roberto Mancini’s men are now on a four-game winning streak in all competitions, with each success in that spread of fixtures coming by the same 2-0 score. Furthermore, ‘Gli Azzurri’ head into proceedings as overwhelming favorites to claim three points, having racked up a remarkable 24-match unbeaten run ahead of the kick-off (W19, D5). Away from home, the visitors have kept six consecutive clean sheets in various competitions (W5, D1), which has been the case in each of their three competitive visits to Lithuania (W2, D1). 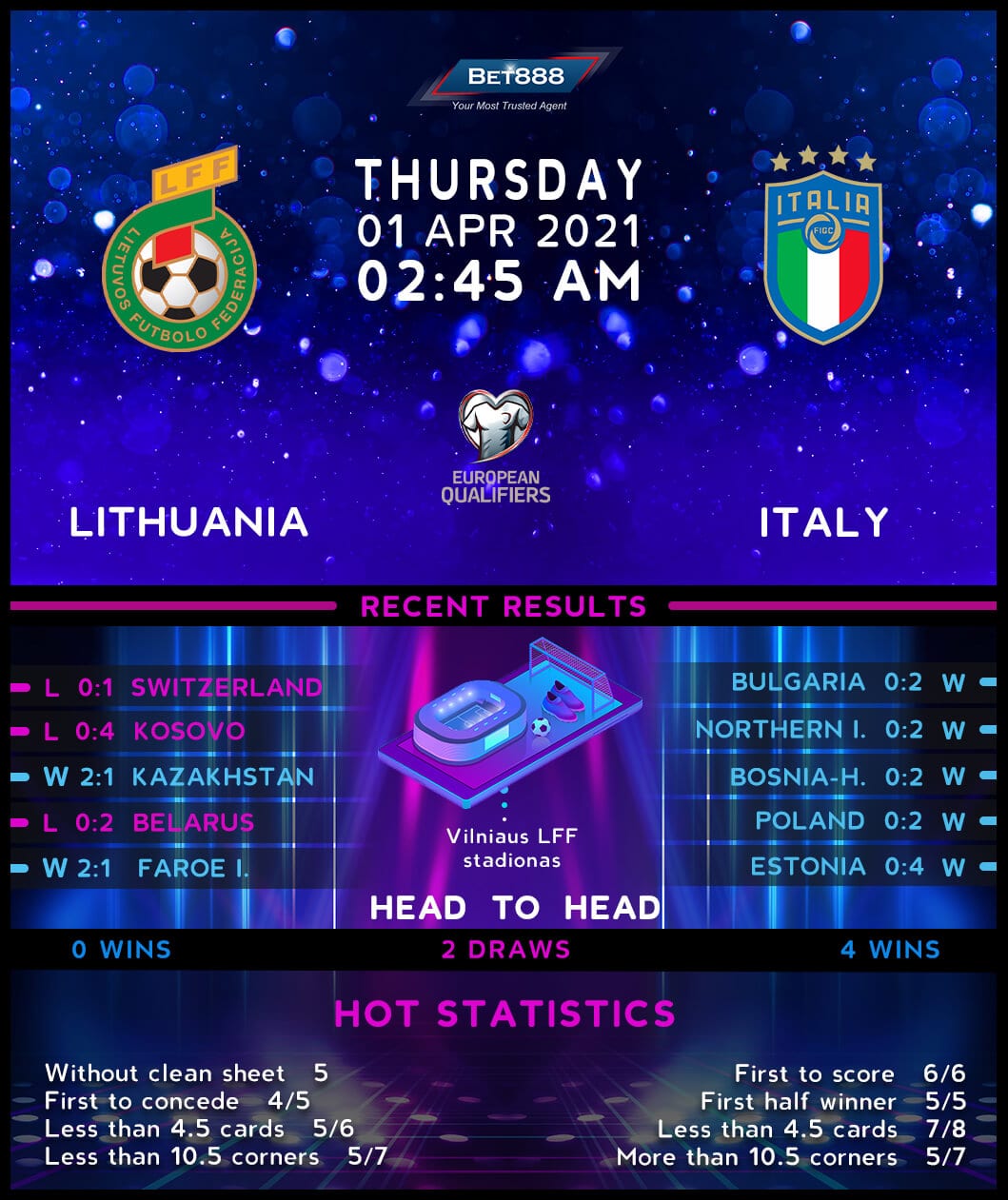