Anfield is the venue as Liverpool and Ajax battle it out for a top place in the UEFA Champions League Group D.

Liverpool’s 100% Champions League start was brought to a halt on Matchday 4, as Atalanta picked up a comfortable 2-0 win at Anfield. Before that loss, the ‘Reds’ had gone unbeaten in eight consecutive matches in the Champions League group stage (W7, D1), winning each of their opening three this season without conceding. Liverpool’s Champions League action usually sparks into life after the half-time break, as evidenced by the fact that seven of their ten goals scored/conceded in the competition this term arrived in the second half of play. Although the H2H stakes between these adversaries are perfectly split (W1, D1, L1), the Merseyside giants can take some confidence from the fact they have avoided defeat in each of their last 14 European matches against Dutch clubs (W9, D5).

Meanwhile, the visitors have overseen an upturn in their European form of late, going from two straight Champions League group stage games without a win (D1, L1) to back-to-back triumphs, both of which came against Midtjylland. Unbeaten in their last five Champions League trips to England (W4, D1), Ajax will be looking to turn the tables on Liverpool after a 1-0 home loss on Matchday 1. Furthermore, the ‘Lancers’ boast an intimidating 11-game unbeaten run away from home in the Champions League (W7, D4), scoring over 1.5 goals in each of their last five trips in this competition. Curiously, each of their four away Champions League goals scored this season arrived in the first half of play. 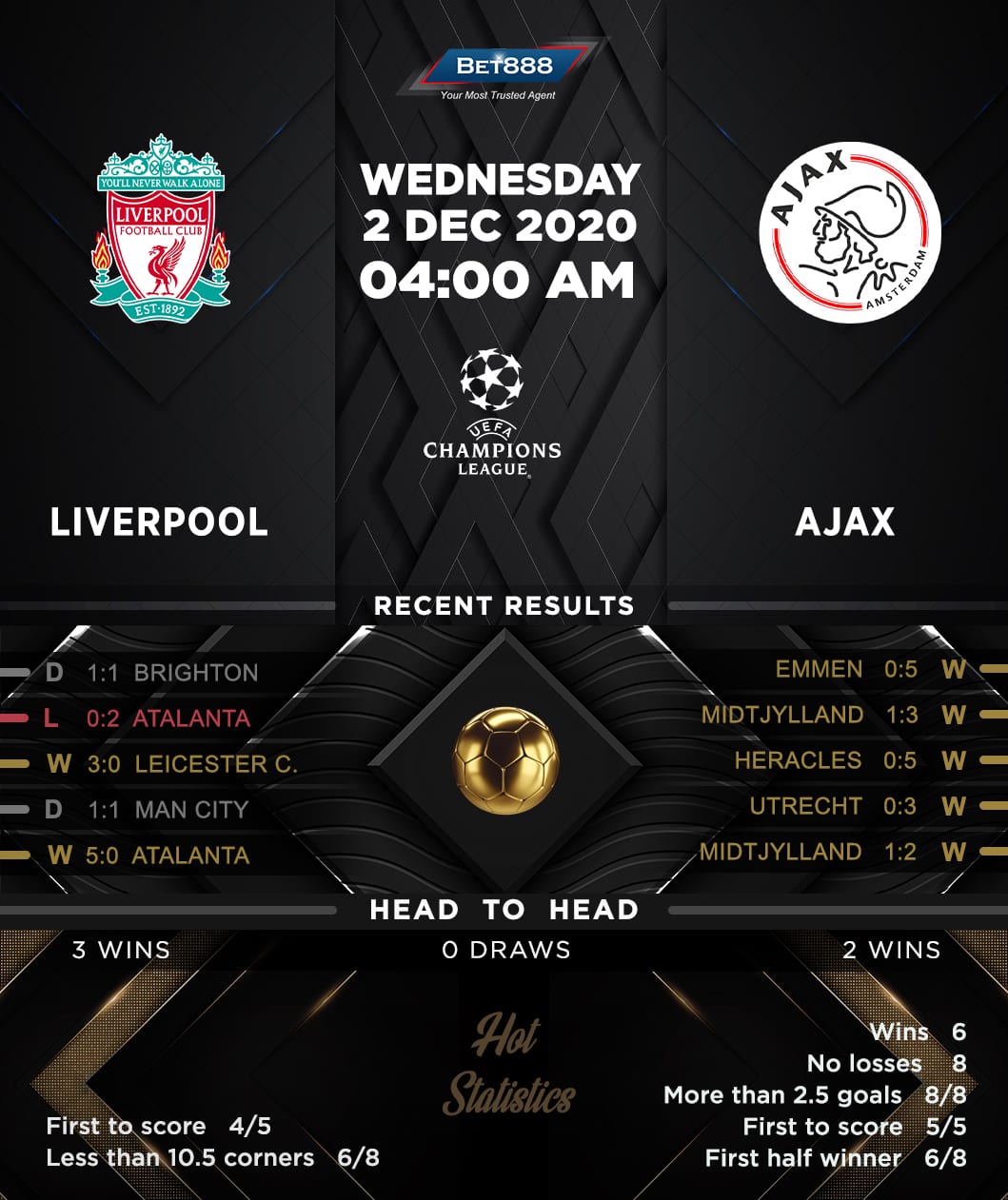