Rocked by a 3-1 away defeat to Real Madrid in the UEFA Champions League midweek, Liverpool will be desperate to bounce back when they meet their first-half-of-the-season conquerors Aston Villa at Anfield.

Liverpool will be looking to exact revenge on Aston Villa following a humiliating 7-2 defeat in the reverse fixture back in October as they hope to put an end to their dismal eight-match winless Premier League run at Anfield (D2, L6). The reigning champions have lost each of their last six home league games, failing to find the back of the net on five occasions. They now take on a side they’ve suffered third-most home top-flight defeats against (6), having lost twice in their last four Premier League meetings at home (W1, D1). Jurgen Klopp’s men have established a habit of falling behind without recovering, surrendering the points in all but one of the six Premier League matches in which they were trailing at half-time this season (D1, L5). On the flip side, they have won seven of the eight league games after picking up a half-time lead this term (D1).

On the other hand, Aston Villa performed a stunning late comeback to beat Fulham 3-1 at home last time out and bring a four-game winless Premier League streak to a halt (D2, L2). The ‘Lions’ scored as many goals against Fulham as they had in their previous seven outings in the competition. Indeed, a lack of firepower up front has seen Villa net under 1.5 goals in eight of their last nine Premier League road trips, managing a miserly average of 0.77 goals per match in the process. Aston Villa have proved unable to cope with the reigning champions throughout recent history, claiming just a single triumph across their last 27 such engagements (D6, L20), courtesy of a 1-0 win at Manchester United in 2009. On the bright side, however, Dean Smith’s men have registered a league-high eight clean sheets away from home this Premier League campaign. 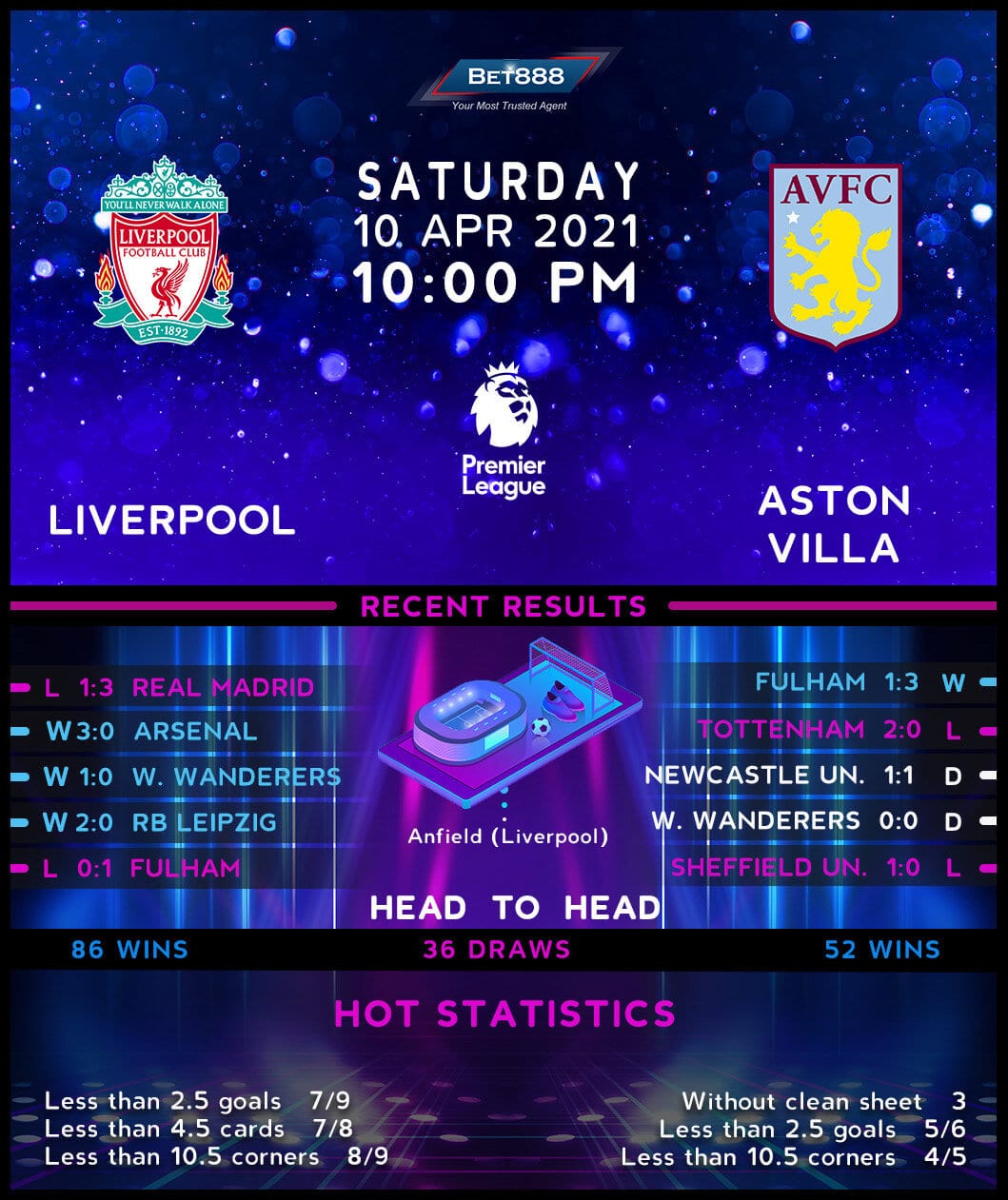