An injury-hit Liverpool side welcome Atalanta to Anfield looking to pick up three points that would propel them to the UEFA Champions League knock-out stage.

Liverpool dismantled Atalanta 5-0 in the reverse fixture to win each of their opening three Champions League group stage matches ‘to nil.’ They are now looking to post four consecutive triumphs in the competition for the first time since 2000. Notably, the ‘Reds’ have won eight of their ten home games in the Champions League group stage under Jurgen Klopp (D2)! Also, Liverpool last lost at home in the Champions League in October 2014 (90 minutes only), avoiding defeat in 27 such outings since then (W20, D7). Furthermore, the reigning Premier League champions boast a four-match winning run at home in all competitions, while they scored over 1.5 goals in each success in that sequence. Curiously, last season’s 1-1 draw with Napoli at Anfield is Liverpool’s only stalemate with Italian visitors in 13 home European matches (W8, L4).

Meanwhile, the visitors have accrued a win, draw, and loss from their opening three group stage games, all of which produced over 1.5 first-half goals and more than 3.5 in total. A 4-0 away victory over Midtjylland on Matchday 1 means ‘La Dea’ have won each of their last three road clashes in the Champions League, scoring 2+ match goals in each. In fact, before drawing a blank against Liverpool last time out, Gian Piero Gasperini’s men had found the net in ten consecutive Champions League outings, managing an average of 2.3 goals scored per match! But, Atalanta may want to take care of their lackadaisical first-half defending that saw them concede precisely twice before half-time in two of those three fixtures. 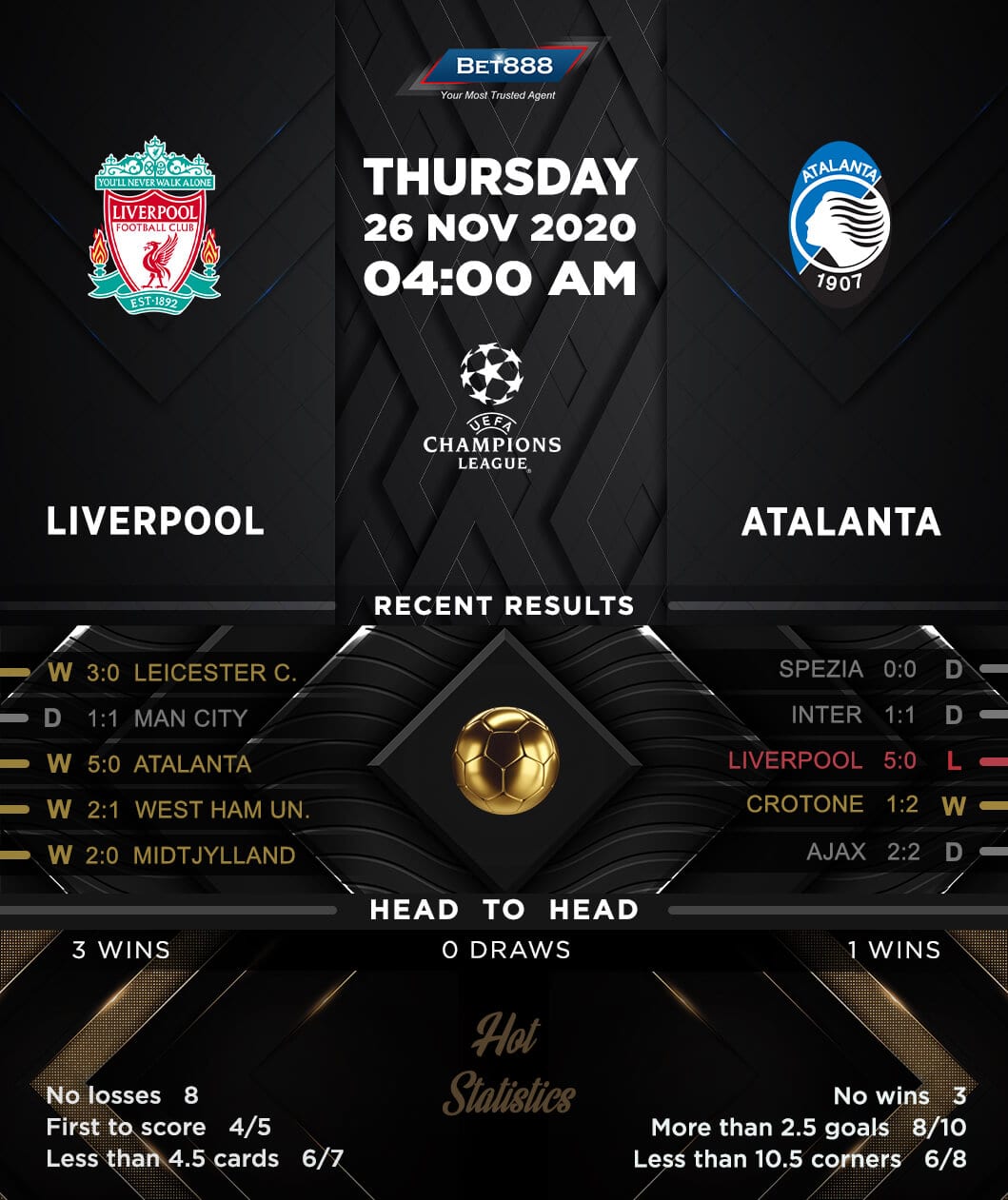