Liverpool and Brighton & Hove Albion will meet at Anfield in contrasting circumstances. While the hosts continue to mount a challenge for the Premier League title, the visitors are fighting tooth and nail to avoid relegation.

Liverpool have won both of their previous Premier League matches via the identical 3-1 scoreline after failing to pick up a single victory in five consecutive league games beforehand (D3, L2). Encouraged by the recent upturn in form, the ‘Reds’ will be looking to halt a frustrating three-game winless home run in the Premier League (D2, L1) and score their first top-flight goal at Anfield this calendar year. Brighton’s visit presents the perfect opportunity, given that Liverpool have won all four of their competitive H2Hs held at this venue in the 21st century by an aggregate score of 13-2. Winning the first half could pave the way for a victory, as Jurgen Klopp’s men have won 85.71% of the Premier League fixtures when leading at half-time this season (GP:7 – W6, D1).

Meanwhile, Brighton have kept a clean sheet in their last three Premier League outings, winning two of them (D1), as many as they had in their previous 18 top-flight fixtures (D8, L8). Notably, the recent renaissance has propelled the ‘Seagulls’ seven points clear of relegation-threatened Fulham, boosting their hopes of preserving the top-flight status. However, an indifferent away form (W3, D3, L4) could throw a spanner in the works. Another potential reason for concern is that Graham Potter’s men have failed to beat Liverpool in any of their last 12 competitive meetings (D2, L1)! Conceding the opening goal could put an end to Brighton’s chances of winning here, as they’ve only returned three points from the nine Premier League matches in which they shipped the opener this campaign (D3, L6). 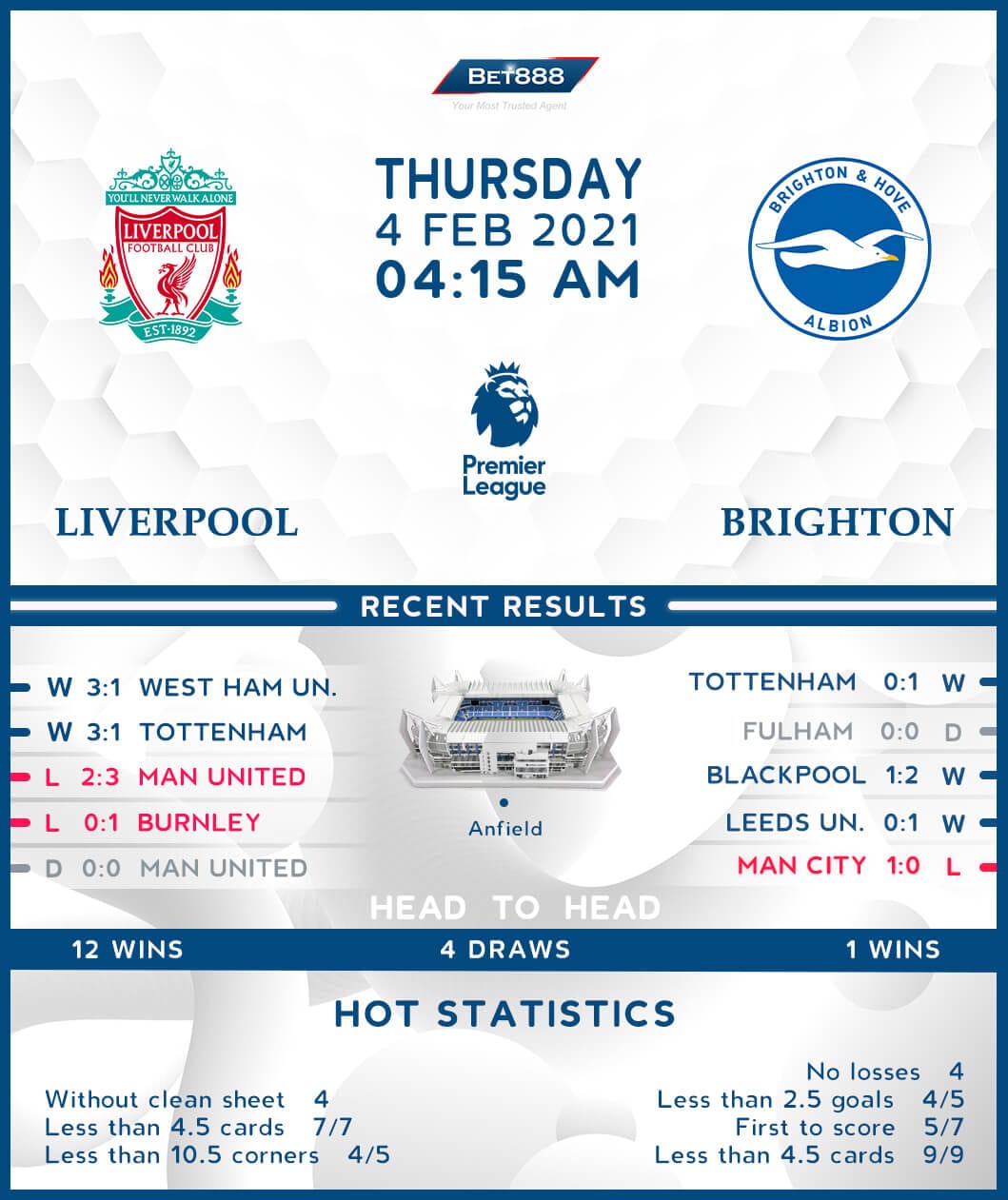