Liverpool will be looking to find the way out of a severe crisis when they take on 17th-placed Burnley at Anfield.

A goalless home draw with Manchester United last time out saw Liverpool fail to win a Premier League match in the fourth consecutive attempt (D3, L1), all of which featured under 2.5 goals. At home, Jurgen Klopp’s men have gone from seven league victories in a row to back-to-back draws, extending their unbeaten home Premier League streak to 68 games (W55, D13). Additionally, the ‘Reds’ have suffered just one defeat in their last 17 top-flight meetings with Burnley at Anfield (W11, D5), though two of the previous three such encounters yielded the same 1-1 scoreline. If Liverpool fail to get on the scoresheet, it will be the first time since the 1999-00 campaign that they’ve drawn a blank in four consecutive Premier League fixtures.

Meanwhile, none of Burnley’s last five Premier League matches have ended in a draw (W2, L3), with each of the previous four producing the same 1-0 scoreline. A genuine lack of firepower up front has seen the ‘Clarets’ fail to find the net in six of their last seven away league games (W3, D3), with their only strike in that period coming as a result of an own goal. What’s more, the visitors have scored a league-low four second-half goals this term and are yet to get on the scoresheet inside the final 15 minutes of play. It’s then not strange that Sean Dyche’s men have lost all eight Premier League fixtures in which they conceded the opening goal this season. In the meantime, Burnley have conceded at least once within 15 minutes in four of their nine league trips so far, scoring just one goal in that same timeframe. 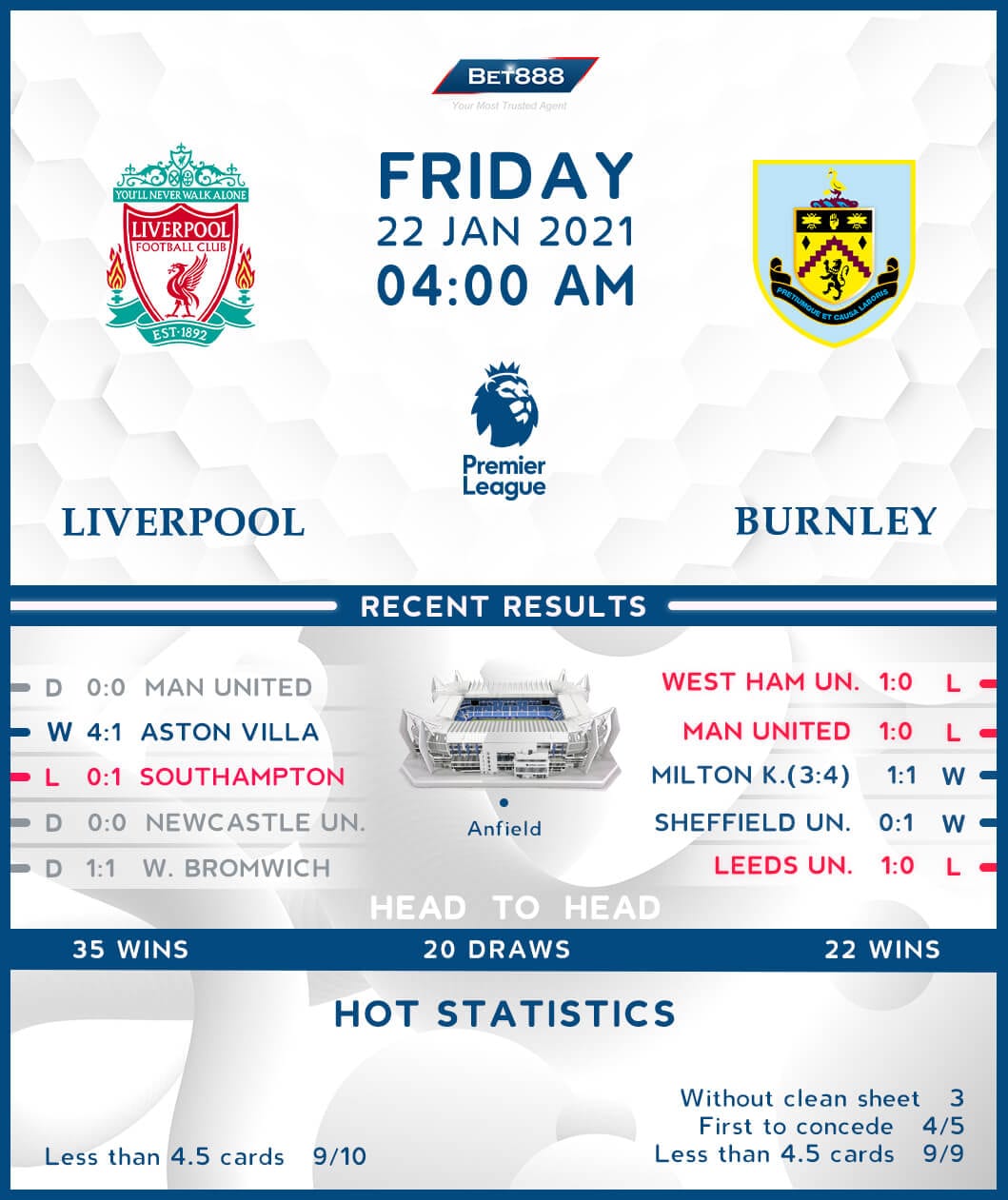