Liverpool and Chelsea are set to lock horns at Anfield in a massive, high-stake Premier League encounter.

Liverpool clutched a 2-0 away win at Sheffield United last time out to put a disastrous four-game losing run in the Premier League to a halt. However, the reigning English champions are winless in their previous six top-flight matches at home (D2, L4), drawing a blank in four of the last five. The ‘Reds’ have suffered four consecutive Premier League losses at Anfield, as many as they had in Jurgen Klopp’s first 100 home league matches in charge! Winning the first half would bring Liverpool closer to claiming all three points, as they have successfully negotiated 85.71% of the Premier League games when leading at half-time this season. Adding to their confidence, the Merseyside giants have won their last four top-flight meetings with Chelsea by an aggregate score of 11-4.

Meanwhile, Chelsea go into this matchday, having drawn back-to-back Premier League fixtures after winning four in a row. Thomas Tuchel has yet to lose a competitive match as the ‘Blues’ boss (GP9 – W6, D3), keeping a clean sheet in 77.78% of the games in charge. However, the German’s cautious approach has seen only one of Chelsea’s nine matches with him in the dugout produce over 2.5 FT goals. What’s more, four of their five away Premier League outings this calendar year have ended separating the sides by under 1.5 goals (W3, D1, L1), with the deciding goal in three of the four games won/lost continually arriving in the second half of play. After suffering consecutive top-flight defeats at Anfield, the visitors stare at the prospect of losing three in a row for the first time in the 21st century. 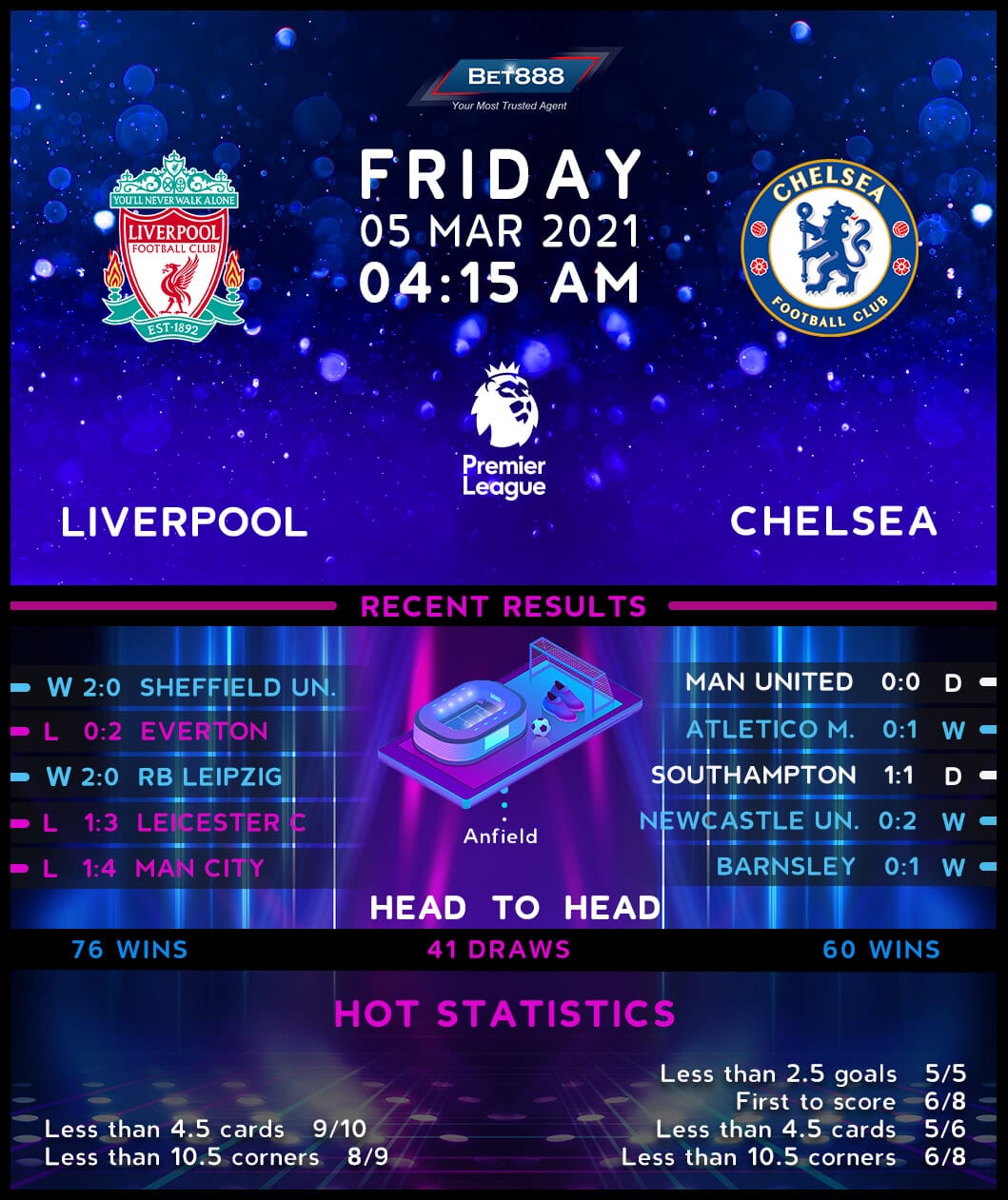