Liverpool and Crystal Palace will lock horns at Anfield in the final round of the 2020/21 Premier League season as the dethroned champions hope to land a top-four finish.

Since suffering a shocking 1-0 home defeat to Fulham in early March, the ‘Reds’ have gone into overdrive, racking up a nine-match unbeaten Premier League run (W7, D2). Liverpool are enjoying a five-game winning league streak, having drawn back-to-back Premier League fixtures beforehand, as they look to wrap up all three points and a spot in next season’s Champions League group stage. Encouragingly, Jurgen Klopp’s men have won their last three home top-flight meetings with Crystal Palace by an aggregate score of 9-3. Home and away, the Merseyside giants have come out victorious in their last seven Premier League encounters with this opposition, netting an average of 3.14 goals in the process. After failing to score in six of their first seven home league games in 2021, Liverpool have found the net in their last three Premier League fixtures at Anfield.

On the other hand, the visitors have alternated a victory (2) and a loss (3) across their last three Premier League outings, with four of those five results (win/loss) yielding a winning/losing margin of precisely two goals. Crystal Palace’s 3-1 away defeat to Southampton in their most recent league trip means they could suffer back-to-back Premier League losses on the road for the first time since November. Despite Roy Hodgson’s defensive approach, the ‘Eagles’ have conceded a third-high 64 Premier League goals this season. Furthermore, they have kept a clean sheet only twice in 18 league trips this season, though both shutouts have come this calendar year. At the other end of the pitch, Palace have failed to score in 38.89% of their away Premier League games this term (7/18). 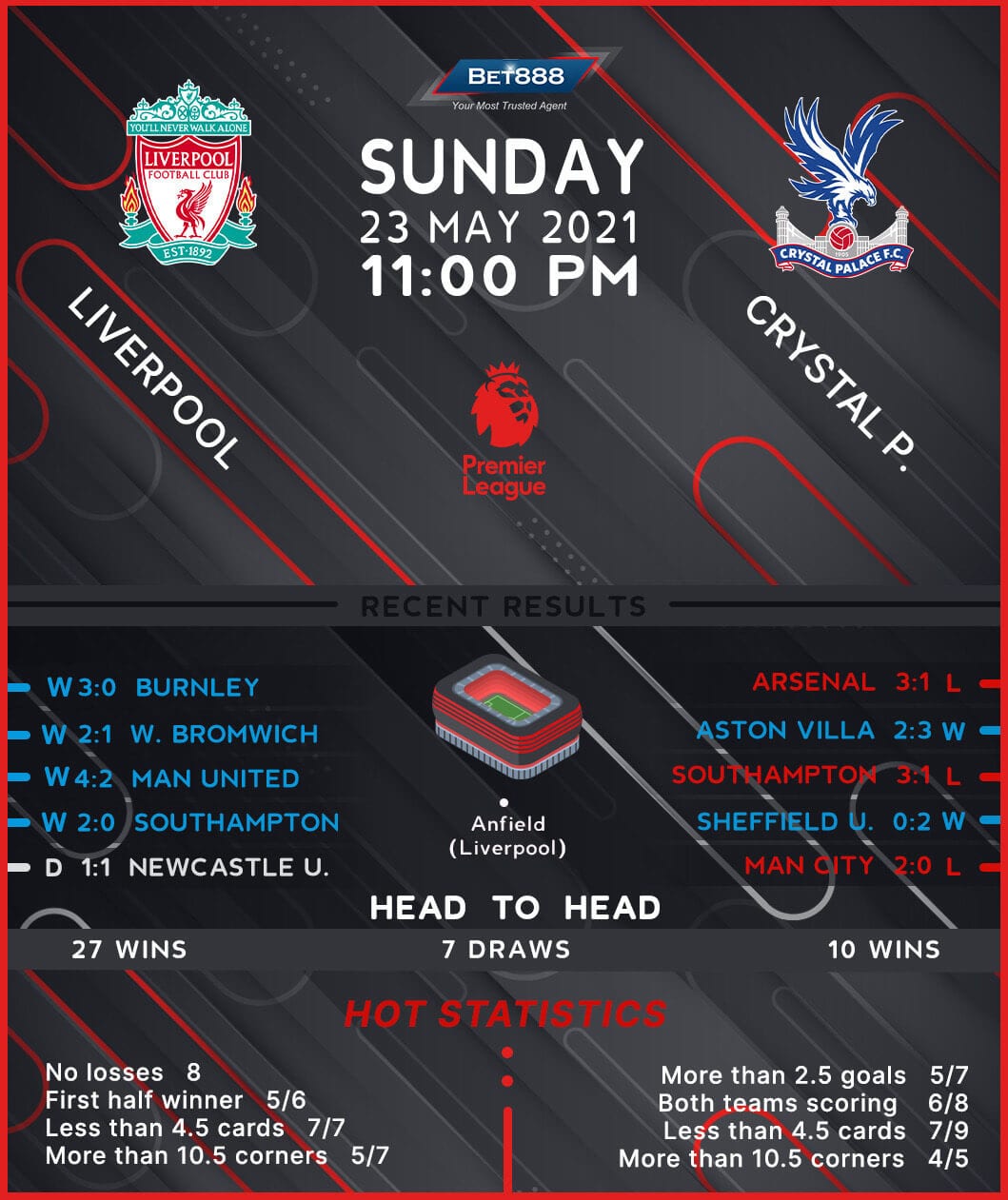