Fresh from defeating RB Leipzig in the Champions League midweek, Liverpool will be looking to rediscover their Premier League form when they take on cross-town Everton at Anfield.

A title race is over for Liverpool following a disastrous three-game losing streak in the Premier League, with all ten of the goals scored/conceded in that period coming in the second half of play – nine of which arrived beyond the 60th minute. Eight goals they’ve conceded in their last three top-flight fixtures are accounted for a quarter of the goals Jurgen Klopp’s men have let in this Premier League campaign (32). A disastrous spell for the ‘Reds’ is underlined by the fact they’ve lost five of their eight Premier League matches since the calendar flipped to 2021 (W2, D1) – as many as they had in 72 league outings across 2019 and 2020 combined! Yet, Everton’s visit represents a prime opportunity for Liverpool to get back to winning ways in the Premier League, as they’ve not lost any of their last 20 top-flight meetings at Anfield (W11, D9).

On the other hand, the ‘Toffees’ have racked up a seven-game unbeaten away run in the Premier League (W5, D2) since suffering a 2-1 defeat at Newcastle United on Matchday 7. Everton’s away matches have been notably tight this season, as nine (81.82%) of 11 have featured a full-time margin of under 1.5 goals (W7, D2, L2). A high-octane first half could be the theme, as 58.06% of Everton’s total Premier League goals scored/conceded away from home this campaign have come before half-time (18/31). Additionally, almost half (45.45%) of their top-flight trips this season have seen the opener scored within 15 minutes of play. To post their first Premier League triumphs at Anfield in the 21st century, Carlo Ancelotti’s men will have to avoid conceding the opening goal, as they’ve not won any of their four away league matches when doing so this term (D2, L2). 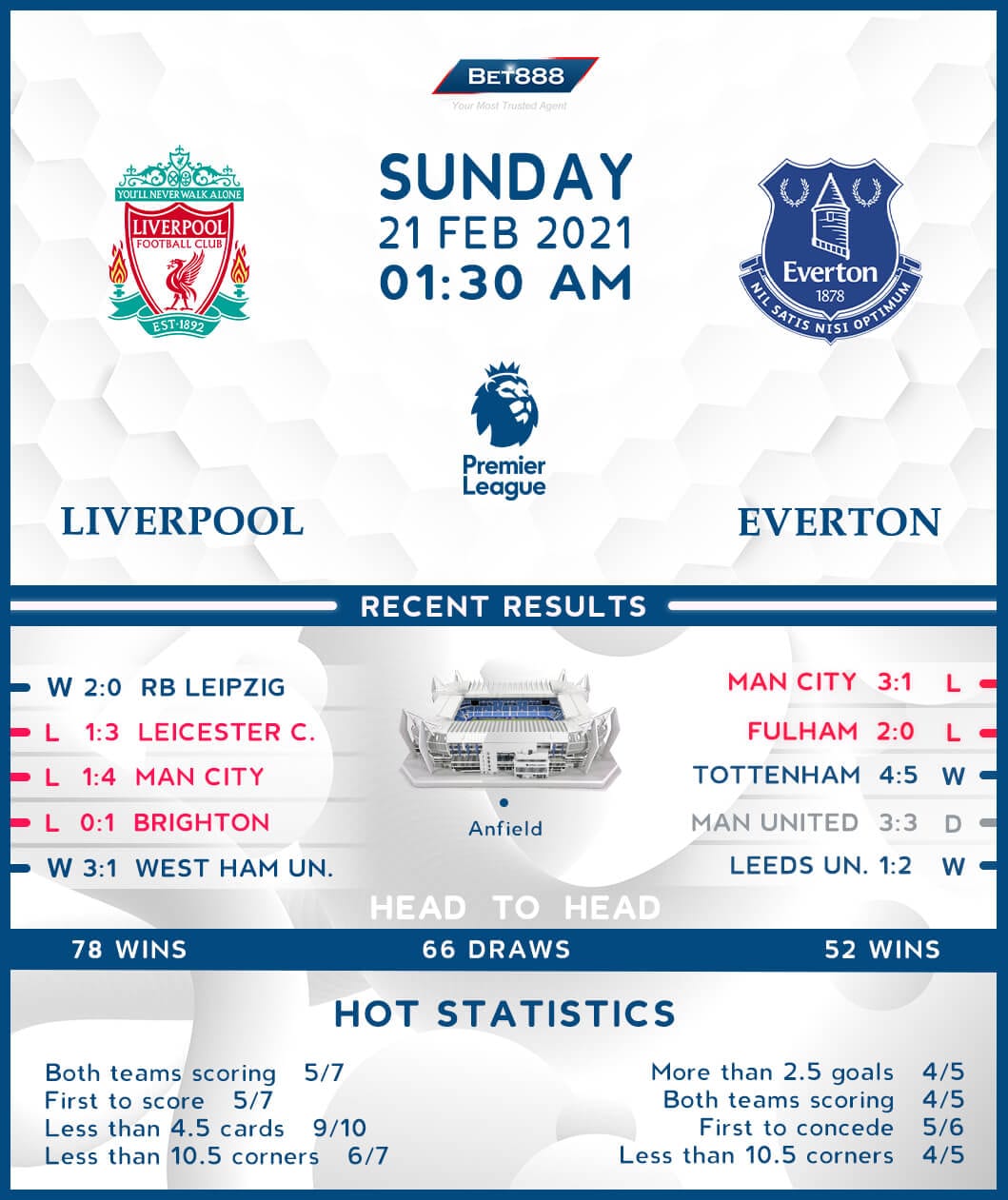