One of the most highly anticipated fixtures on the Premier League football schedule will take place at Anfield, as Liverpool lock horns with Manchester City.

Coming into this matchday, Liverpool have suffered back-to-back Premier League defeats at home, having gone unbeaten in 68 consecutive such outings prior to this run. Moreover, Jurgen Klopp’s men have failed to find the net in each of their last three Premier League home fixtures and could set a negative club record if they draw a blank against Manchester City. However, the ‘Reds’ can find some comfort in their remarkable 17-game unbeaten top-flight run against City at Anfield (W12, D5). To optimize their chances of extending that streak, starting well is a priority, especially considering that Liverpool have won 85.71% of the Premier League games when leading at half-time this season (6/7). But, it’s worth noting that the reigning champions have won three of the five home matches in which they conceded the opening goal this Premier League campaign (W3, L2).

On the other hand, Manchester City’s inexorable march towards the Premier League title has seen them win each of their last nine league matches, keeping a clean sheet on eight occasions in that run! Indeed, the ‘Sky Blues’ boast by far the best defensive record in the Premier League this season after conceding just 13 goals on an average of 0.61 goals shipped per game. Additionally, Pep Guardiola’s men have kept a blank sheet in a league-high 61.9% of their top-flight matches this term (13/21), registering a shutout in four of their last five Premier League trips. Curiously, though, Manchester City have never claimed all three points at Anfield when Liverpool have been reigning Premier League title-holders in 14 attempts (D4, L10). Topically, Guardiola has never won at Anfield as a manager (GP:4 – D1, L3), which is his joint-worst record in top-flight games held on foreign venues. 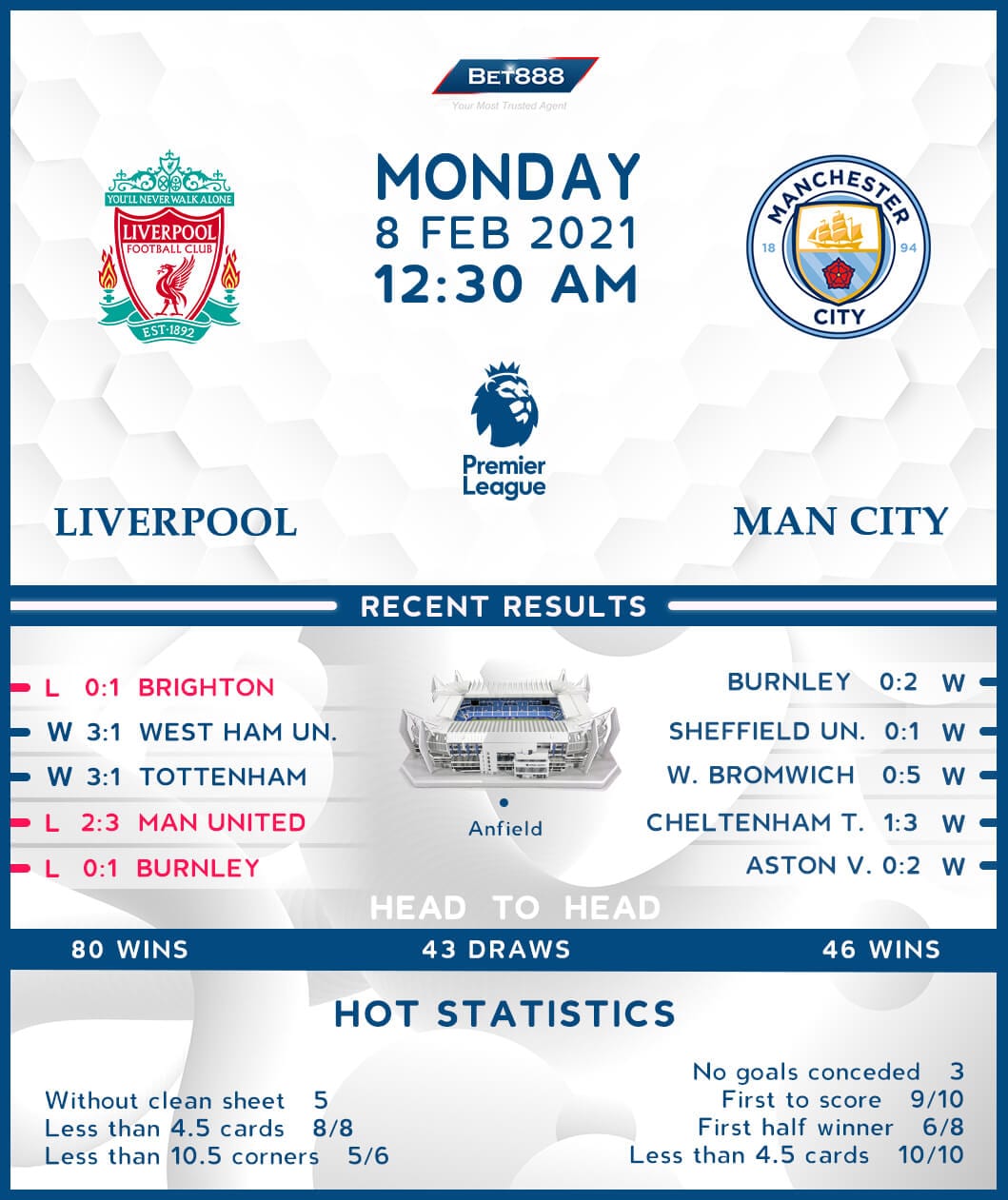