Liverpool and Manchester United are set to face off at Anfield in a massive, heavyweight Premier League showdown, as the two sides battle it out for the top place in the table.

Liverpool have failed to pick up the victory in their three previous Premier League matches (D2, L1), drawing a blank in the last two. In fact, they have produced just seven shots on target across that three-game sequence! However, Anfield has been a fortress the ‘Reds’ fans have been hoping for this season (W7, D1), though 57.14% of Liverpool’s seven home Premier League wins this term have come by a single-goal margin. By extension, the reigning English champions have not lost any of their last 67 home league matches (W55, D12), scoring at least once in each of the last 42 such contests. Additionally, Jurgen Klopp’s men have defeated Manchester United in both of their previous top-flight meetings here by a two-goal margin after playing out back-to-back goalless draws beforehand.

Meanwhile, the ‘Red Devils’ have won three Premier League games on the bounce since being held to a 2-2 away draw to Leicester City on Matchday 15. Curiously, each of those triumphs has come by a narrow one-goal margin, with two yielding the identical 1-0 scoreline. Away from home, Ole Gunnar Solskjaer’s men have yet to lose in the Premier League this season (W7, D1), coming from behind to claim six of those seven victories. Indeed, United have recorded a clear majority (68.18%) of their away league goals scored this term in the second half of play (15/22), finding the net beyond the 75th minute in six (75%) of their eight away Premier League fixtures. But, Solskjaer has failed to win any of his three Premier League meetings with Liverpool as the United manager (D2, L1) and could become the first United boss since Tommy Docherty (1973-76) to win none of his first four league encounters with the ‘Reds.’ 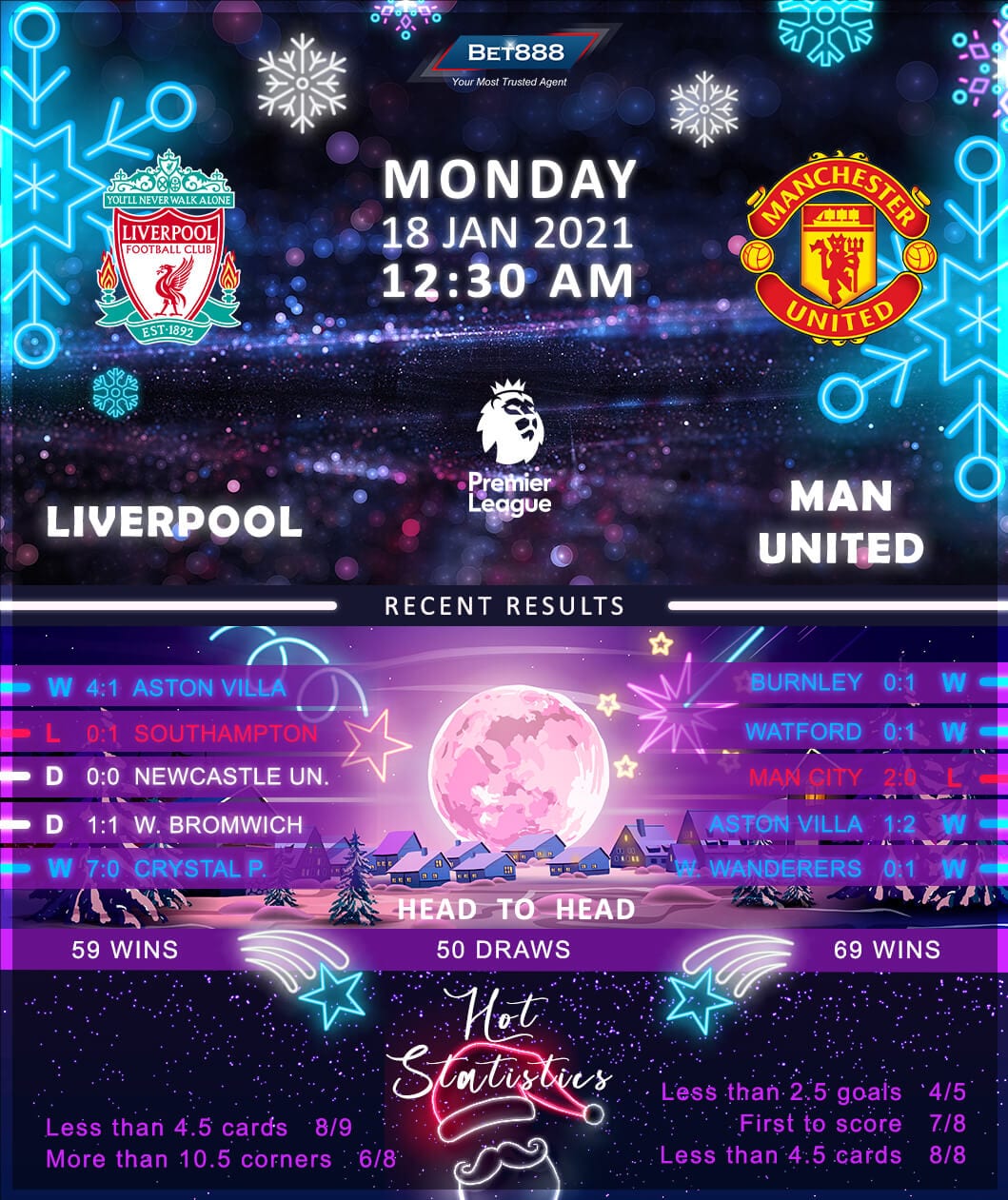