Liverpool and Newcastle United will trade tackles at Anfield this weekend as the hosts seek all three points to remain in contention for a top-four finish in the Premier League.

A frustrating 1-1 away draw with Leeds United last time out saw Liverpool’s three-game winning Premier League streak come to a halt as the home team enter this round trailing fourth-placed Chelsea by two points. The ‘Reds’ performed a stunning second-half comeback to defeat Aston Villa 2-1 in their most recent home Premier League outing, bringing a disastrous six-match losing league run at Anfield to an end. The Merseyside giants will be confident of securing back-to-back Premier League wins at home for the first time this calendar year as they take on a Newcastle side they have not lost to in any of their last 24 top-flight H2Hs as hosts (W20, D4). Furthermore, before being held to a goalless draw in the reverse fixture back in December 2020, Liverpool had won five consecutive league meetings with Newcastle by an aggregate score of 15-4.

On the other hand, the ‘Magpies’ have enjoyed a notable upturn in form ahead of this encounter, going from seven Premier League matches without winning (D4, L3) to back-to-back victories, both of which saw the home side on the day win the first half ‘to nil.’ Before pulling off a second-half turnaround to beat Burnley 2-1 in their most recent Premier League trip, the visitors had drawn a blank in three of their previous four away league games, losing three of them by at least a two-goal margin (D1). Worryingly, Newcastle have picked up just one victory in their 25 top-flight clashes against reigning champions (D7, L17), losing the last five by a disturbing 20-3 aggregate scoreline. Moreover, slow away starts have seen Steve Bruce’s men concede first in a league second-highest 68.75% of their Premier League trips this season (11/16). 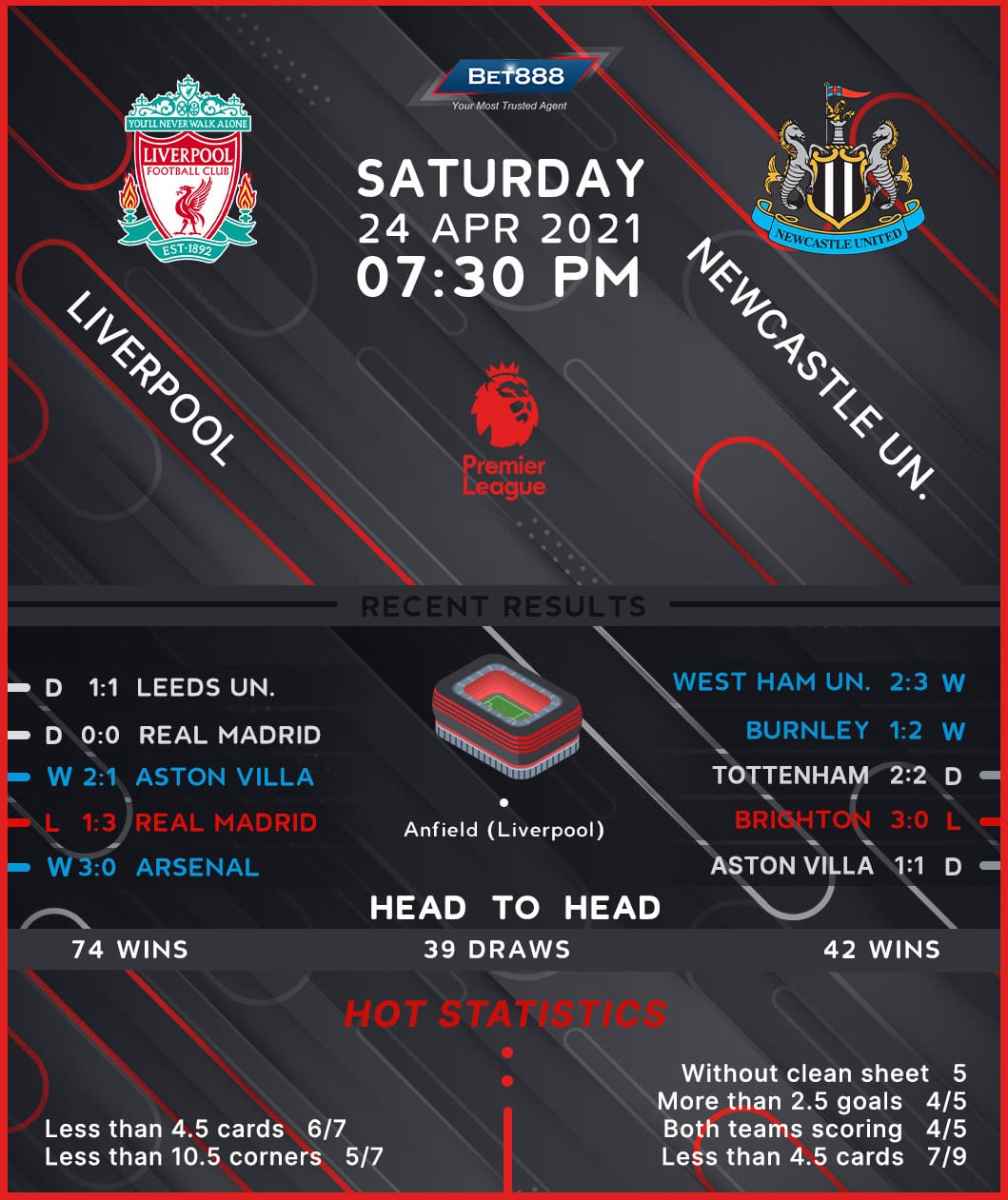