Liverpool will be looking to preserve a 2-0 first-leg advantage when they meet RB Leipzig at the Puskás Aréna in the return leg of their UEFA Champions League last-16 tie.

Since losing their first European home fixture against German opposition, Liverpool have racked up a 20-match undefeated streak in such contests (W16, D4), returning a staggering +41 goal difference from those encounters (GF:52, GA:9). Additionally, the ‘Reds’ have successfully negotiated each Champions League tie in which they won the first leg away from home. Yet, after succumbing to a 3-2 home defeat to Atletico Madrid in last season’s Round of 16, Jurgen Klopp’s men stare at the prospect of losing back-to-back home matches in the Champions League knock-out stages for the first time in 14 years. The fact that this showdown will be staged in Budapest only boosts Liverpool’s hopes of landing their place in the competition’s quarter-finals, given that they’ve lost each of their last six competitive games at Anfield, drawing a blank on five of those occasions.

Meanwhile, Leipzig have not drawn any of their five European meetings with the Premier League sides (W2, L3), with four of those results (win/loss) seeing the victor keep a clean sheet. However, the Germans need to win by at least a two-goal margin to progress to the quarter-finals, with only a third of their 12 Champions League victories producing a full-time margin of 2+ goals. Yet, Julian Naglesmann’s men can draw confidence from their imperious away streak that has seen them win each of their last three competitive fixtures on the road by the identical 3-0 scoreline. Curiously, both of Leipzig’s matches in the Champions League held on the neutral territory have featured 3+ total goals. 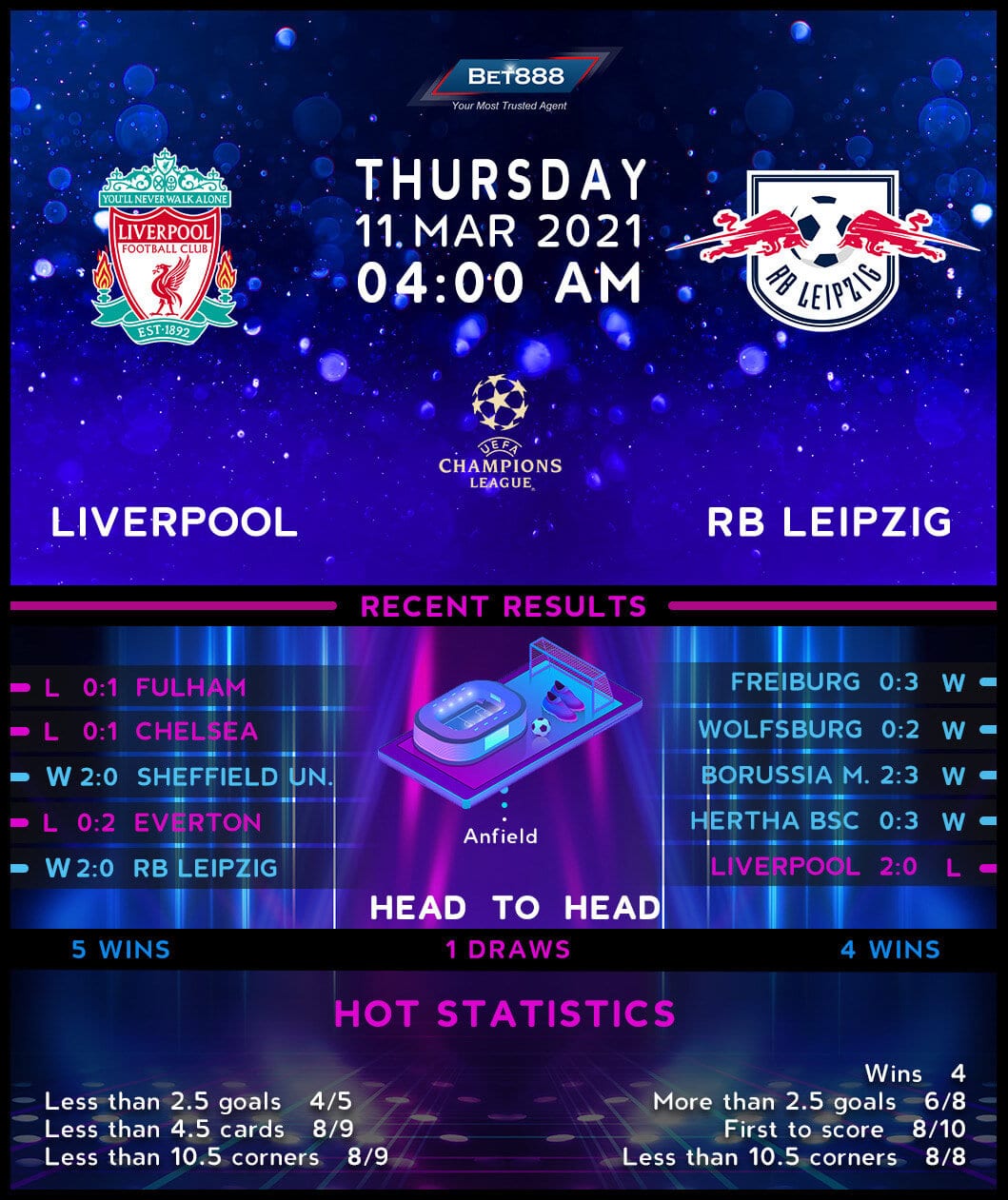