Anfield is the venue as Liverpool look to overturn a 3-1 first-leg deficit against Real Madrid in their blockbuster UEFA Champions League quarter-final tie.

A horrendous defeat in the Spanish capital has made it three successive losses for Liverpool against Real Madrid, three of which saw them concede precisely three goals. The ‘Reds’ now face the risk of losing back-to-back Champions League two-legged ties to Spanish opponents after winning each of their previous four in a row. Indeed, the reigning Premier League champions have struggled against La Liga sides lately, winning just two of their last 13 European fixtures against such opposition (D2, L9). However, Liverpool boast a solid overall European record in two-legged ties versus La Liga clubs (W9, L3). Furthermore, they have won 48.28% of the UEFA competition ties in which they lost the first leg away from home (14/29), albeit their last such engagement yielded elimination to Atletico Madrid back last season.

On the other hand, a first-leg success means ‘Los Blancos’ have won six of their previous seven matches in the Champions League (L1), including the last four. Away from home, the current La Liga title-holders have picked up 18 victories across their last 30 Champions League fixtures, losing seven of the other 12 (D5). Real Madrid have come out victorious in 78.33% of the UEFA competition two-legged ties after winning the first leg on home turf (47/60). They also have a positive overall knock-out record versus Premier League opponents (W8, L5), having won three on the trot before last season’s elimination to Manchester City. Worryingly, though, Zinedine Zidane’s men have lost their last two continental trips to England by an aggregate score of 5-2. Madrid’s overall European record on English soil slightly favors their hosts, knowing they have lost seven of their 17 competitive visits to the country (W6, D4). 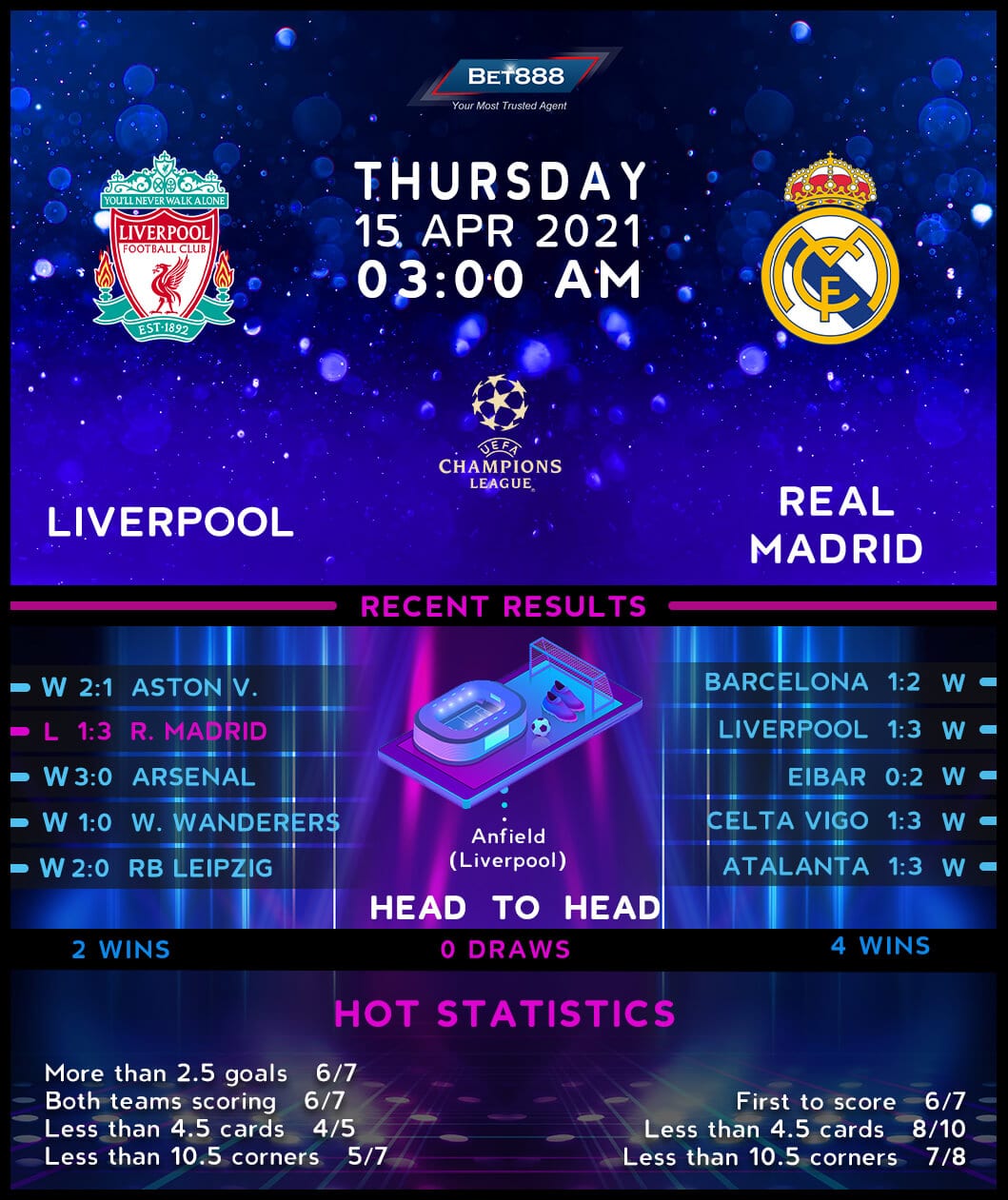