Anfield is the venue as Liverpool and Southampton go head-to-head in an exciting Premier League match-up, with the home team in desperate need of points.

Despite leading 1-0 at half-time in their last two Premier League matches, Liverpool were pegged back beyond the 85th minute on each occasion and are currently seven points adrift of fourth-placed Chelsea. With four league fixtures left to play, the reigning champions have a game in hand on the London side and need a miracle to secure a berth in next season’s Champions League group stage. Following six consecutive Premier League defeats at Anfield – five of which saw them fail to score – the ‘Reds’ are now undefeated in their last two home league matches, both of which featured a strike in the stoppage time. Notably, though, Jurgen Klopp’s men have won each of their last three top-flight meetings with Southampton at Anfield by over 2.5 goals to nil.

Meanwhile, the visitors have gone winless in three Premier League fixtures on the bounce (D1, L2) since beating Burnley 3-2 at home in early April despite scoring the opening goal in the last two. Since the turn of the year, the ‘Saints’ have lost eight of their nine away league matches, with a 2-0 victory over dead-last Sheffield United solitary exception in this disastrous run. Furthermore, 75% of their defeats during that nine-game sequence were accompanied by a half-time deficit, with Southampton drawing a blank in the first half five times in the process. Having run out 1-0 victors in the reverse fixture back in January, Southampton could complete their first top-flight double over Liverpool since the 200/04 campaign. However, no team has picked up fewer points in the last 20 Premier League games than Ralph Hassenhutl’s side (13). 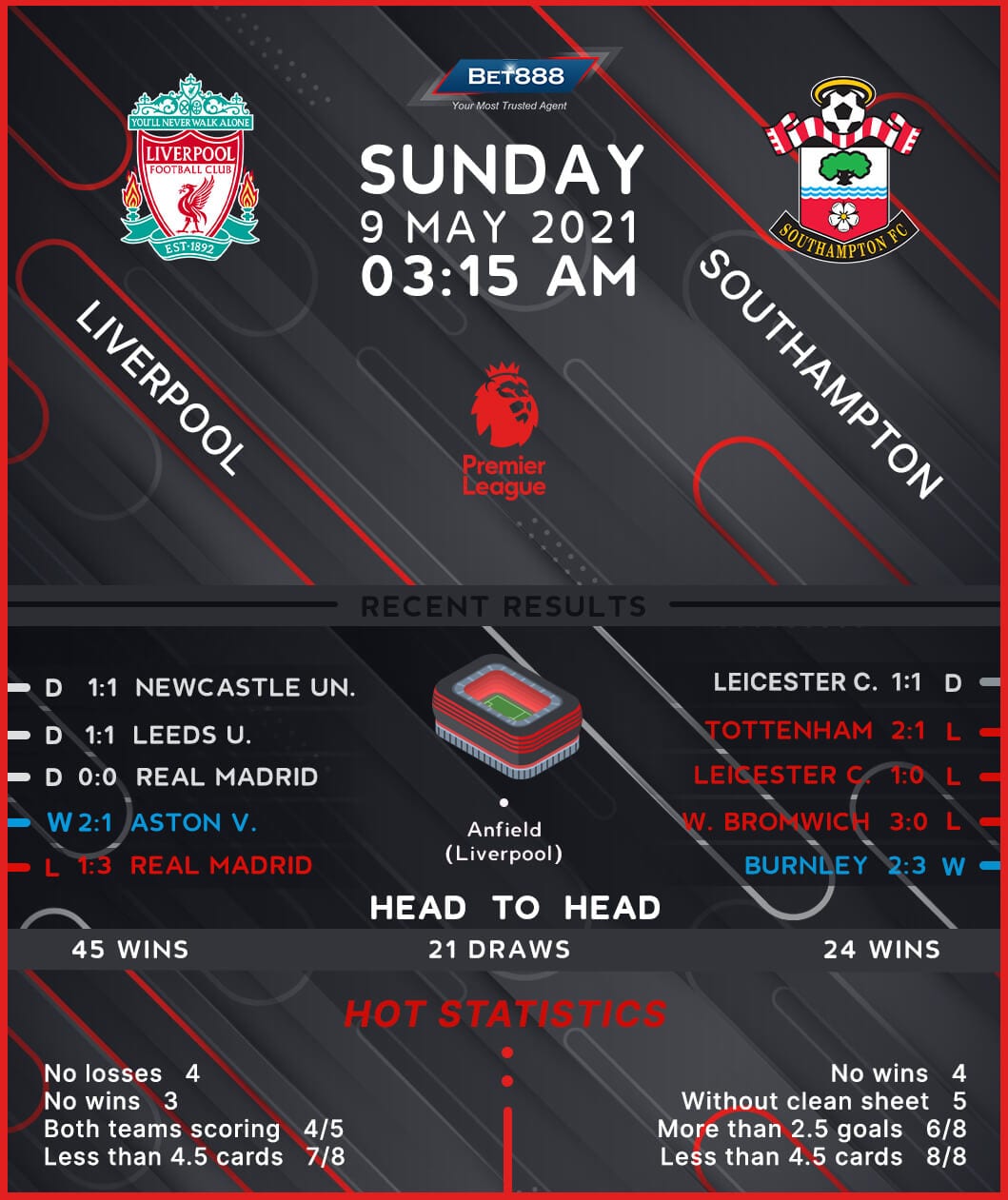