A disappointing 1-1 away draw with Fulham at the weekend did bring Liverpool’s undefeated Premier League streak to eight games (W4, D4). But, a lack of consistency has seen the reigning English champions alternate between a win and a draw in their last six league outings. At home, however, the ‘Reds’ boast a 100% Premier League record this season (W6), scoring an average of 3.00 goals per home league match. Furthermore, Jurgen Klopp’s men have won four of their last top-flight meetings with Tottenham, with each defeat in this run coming by a single-goal margin. Notably, though, Liverpool have scored a league-high ten first-half goals despite slow starts. Indeed, they have conceded within 15 minutes of play in three of their six home Premier League fixtures while scoring just once in that same timeframe.

On the other hand, Tottenham have turned into a force to be reckoned with since losing 1-0 to Everton on Matchday 1, racking up an impressive 11-game unbeaten Premier League run since then (W7, D4). Yet, Jose Mourinho’s men have drawn both of their previous away league matches after winning four such games at the beginning of the season. However, after scoring a total of 11 goals in their opening two Premier League trips, the ‘Spurs’ have netted under 1.5 match goals in their subsequent four league games away from home. In turn, they have scored one goal or less in five of their last six competitive trips to Liverpool. Furthermore, Tottenham have picked up just one victory in their 26 previous away Premier League meetings with the Merseyside outfit (D8, L17). 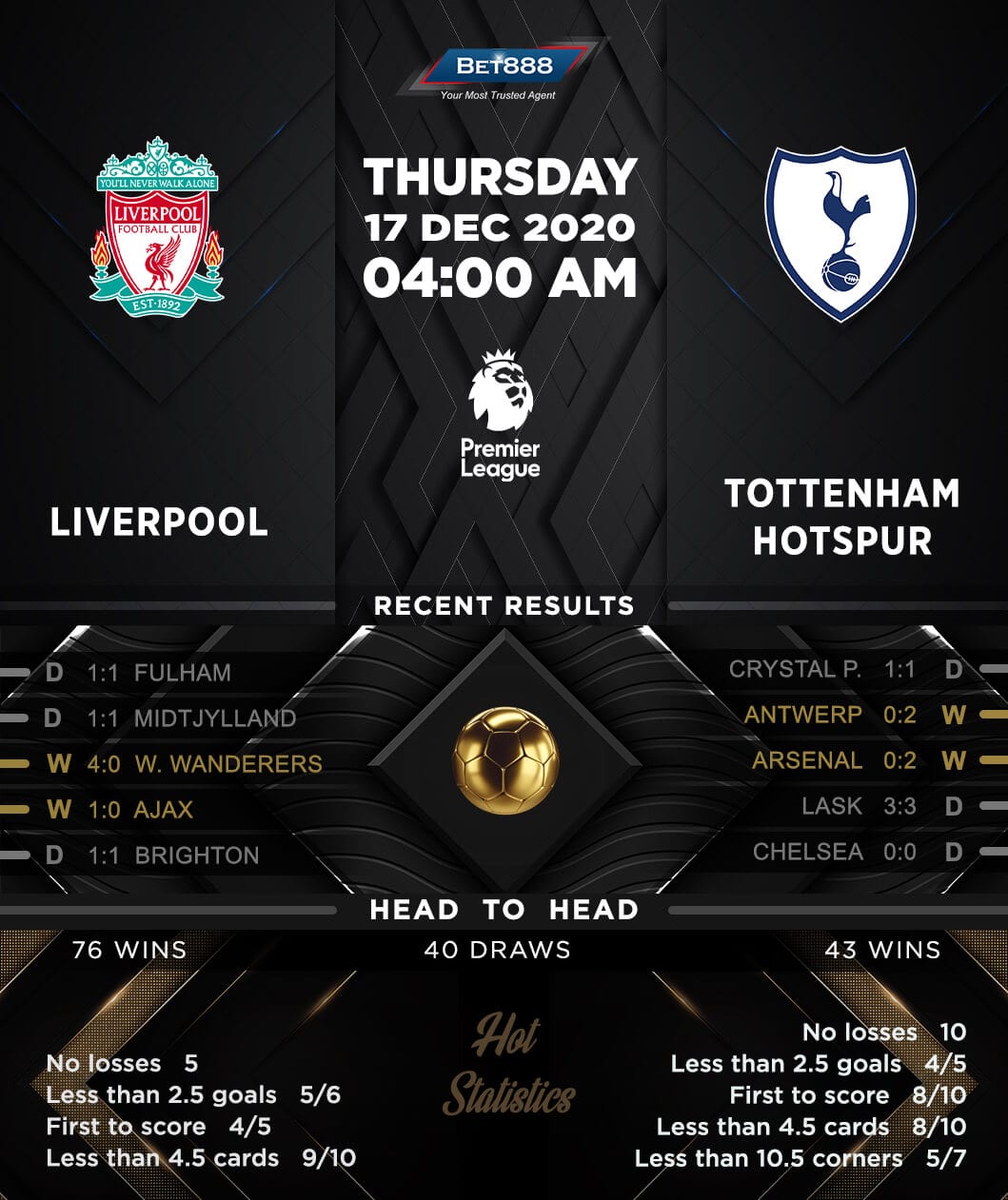