Liverpool will be looking to extend their unbeaten home Premier League run versus West Bromwich Albion to six matches (W3, D2) when the two teams meet at Anfield.

Liverpool were on fire against Crystal Palace last weekend, securing an outstanding 7-0 victory to bring their unbeaten Premier League streak to ten games (W6, D4) and maintain a four-point lead over second-placed Leicester City. What’s more, the ‘Reds’ are the only side to keep a 100% win-ratio at home in the Premier League this season, though 57.14% of their triumphs in such fixtures have come by a single-goal margin (4/7). Though no team has conceded fewer home Premier League goals than Jurgen Klopp’s men (7) so far, six (85.71%) of them have arrived in the first half of play. Remarkably, Liverpool have avoided defeat in all but one of their 52 previous Premier League meetings with newly-promoted clubs (W42, D9) and are unbeaten in their last ten league clashes against WBA (W4, D6).

On the other hand, the visitors have lost three of their last four Premier League matches (D1) since beating Sheffield United 1-0 at home on Matchday 1. Unfortunately for WBA, that triumph over Sheffield has been their only top-flight success this season (D4, L9), as they head into this encounter trailing 17th-placed Brighton by five points. Indeed, the ‘Baggies’ are one of just two Premier League sides yet to taste an away victory this term (D2, L5), having netted a league second-low five goals on the road. Four of WBA’s five away Premier League defeats have seen them concede the opener, with three coming by at least a two-goal margin. Moreover, Sam Allardyce’s men have shipped a division second-high eight away goals so far. 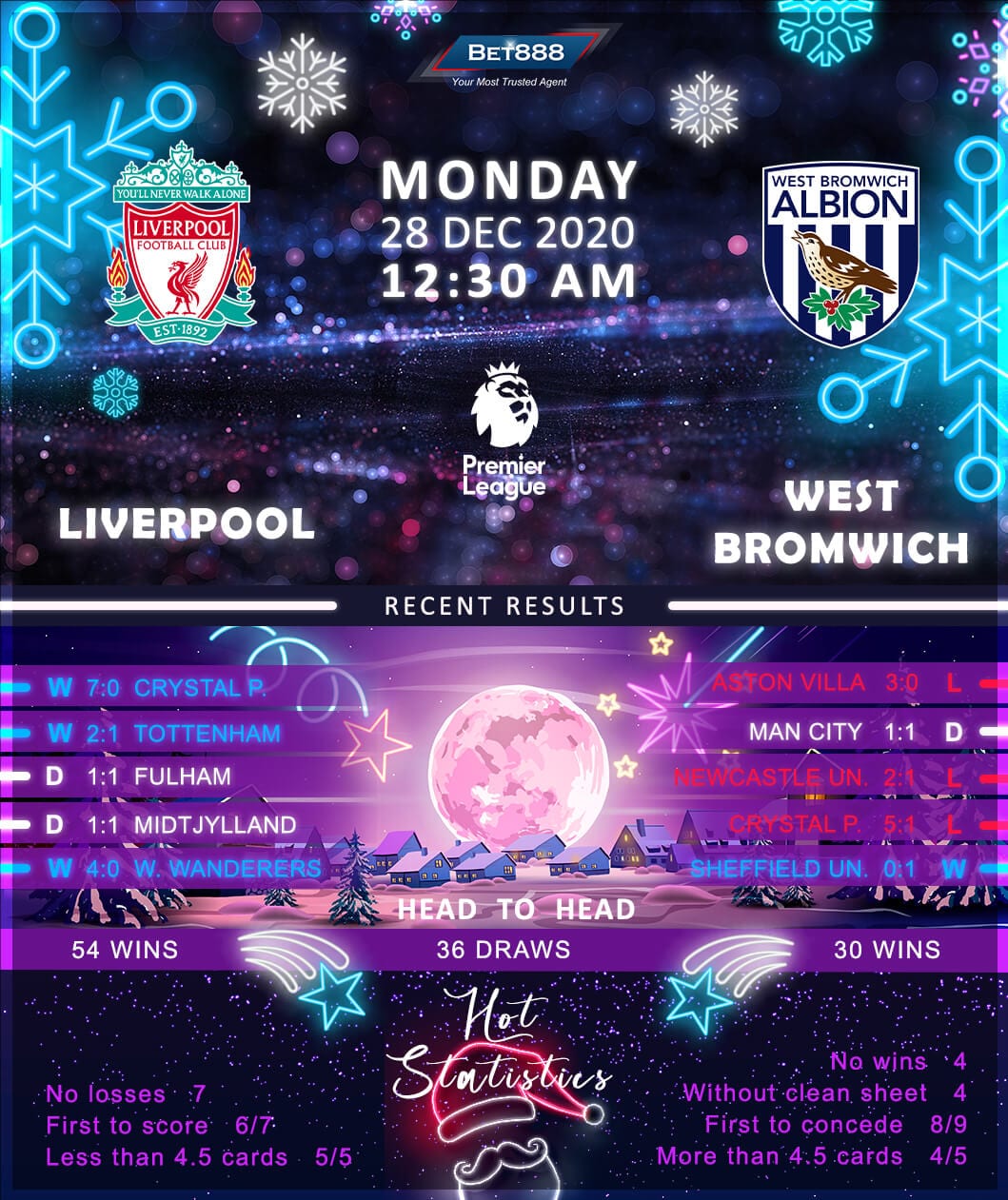