High-flying Liverpool and top-four bidders West Ham United are set to square off in a high-stake Premier League showdown at Anfield.

Understrength Liverpool sailed to a 2-1 FA Cup win over sub-par Norwich City, even though the final score could suggest otherwise, taking their unbeaten run in all competitions to 14 matches (W12, D2). The ‘Reds’ have effectively returned in contention for the Premier League title after winning their last six league games by an aggregate score of 18-2. Sat six points adrift of table-topping Manchester City with a game in hand, Jurgen Klopp’s men are seeking revenge on West Ham following a ‘goal-friendly’ 3-2 defeat in the reverse fixture. There is plenty of reason for optimism in the Merseyside camp, with Liverpool going unbeaten in 47 of their last 48 league games against the ‘Hammers’ at Anfield (W35, D12). Indeed, they have won their last four Premier League home H2Hs by an aggregate score of 13-4.

Unlike their hosts, West Ham waved goodbye to the FA Cup in midweek, courtesy of a 3-1 loss away to Southampton. Yet, a hard-fought 1-0 home win over Wolverhampton last time out rekindled West Ham’s pursuit of their first-ever Premier League top-four finish, helping them whittle down the gap on fourth-placed Manchester United to only two points. Now unbeaten in their last four league games in a row (W2, D2), the ‘Irons’ aim for their first Premier League double over Liverpool since 2015/16. West Ham’s indifferent away form in England’s top-flight this season (W6, D3, L4) suggests it could be easier said than done, especially after David Moyes’ men failed to win their last two league matches on hostile turf (D1, L1). Conceding first could throw a spanner in the works, but not necessarily, as West Ham have won more Premier League away games from losing positions (3) than any other side this term. 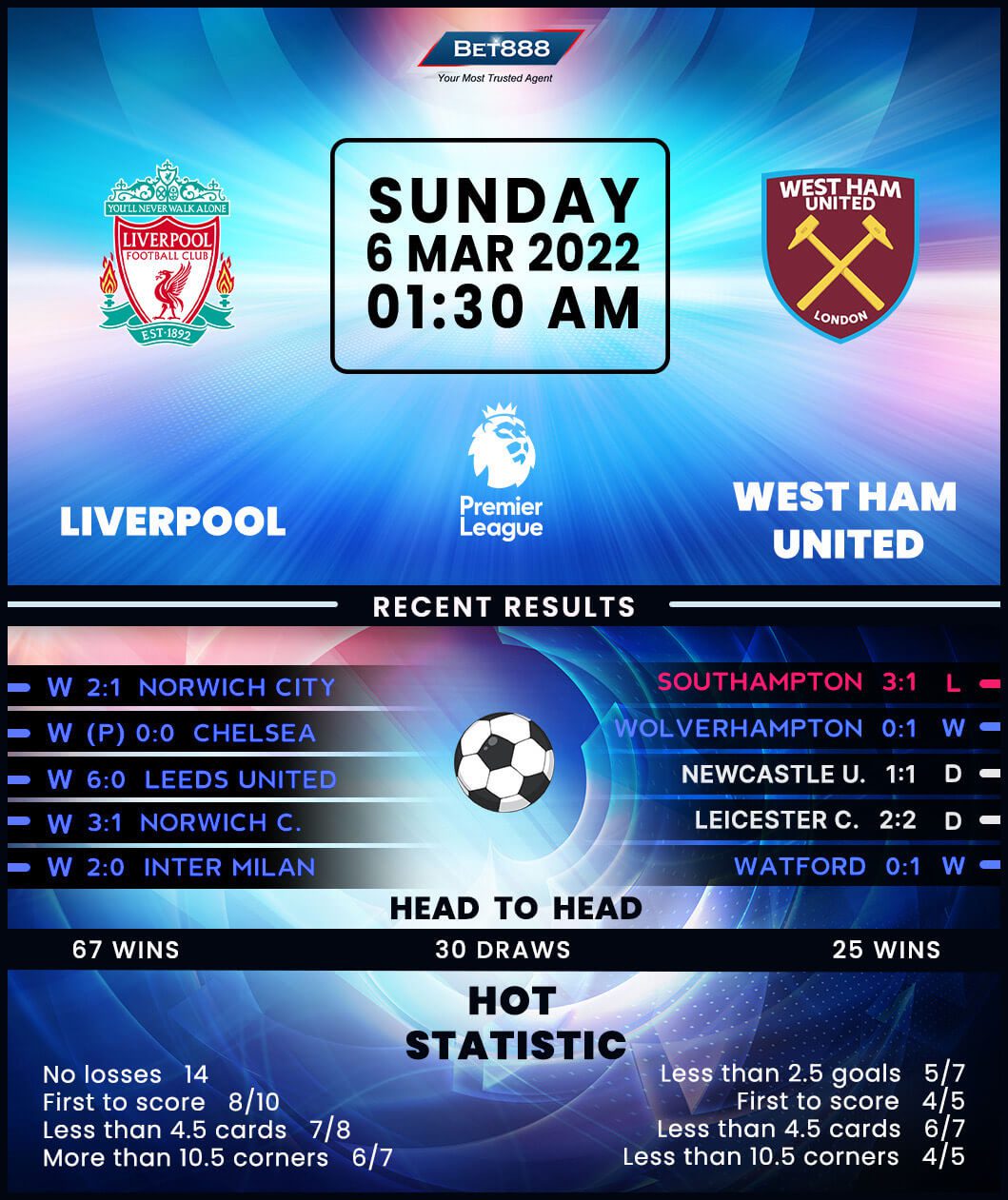