Liverpool and Wolverhampton Wanderers go head-to-head at Anfield, as the home side look to extend a winning run in their Premier League H2Hs to eight games.

Although Liverpool defeated Ajax 1-0 in the Champions League midweek, a lack of finishing has now seen them score under 1.5 goals in three consecutive matches in all competitions. But, the defending champions are unbeaten in six Premier League games (W3, D3) despite failing to keep a clean sheet on five of those occasions. Anfield remains a fortress, as evidenced by the fact the ‘Reds’ have won each of their opening five league fixtures here, scoring an average of 2.8 goals across those successes. Liverpool must be confident of extending their 100% home record in the Premier League as they take on a team they have outplayed in each of their last three top-flight H2Hs as hosts. Two of those triumphs came by a single-goal margin, which has been the case in three of Liverpool’s last five competitive home victories.

Meanwhile, the visitors have accrued a win, draw, and loss in their last three Premier League fixtures, conceding the opening goal on two of those occasions. Away from home, however, none of Wolverhampton’s five Premier League matches this term has ended in a draw (W3, L2), with four of those results (win/loss) seeing the winner on the day keep a clean sheet. Interestingly, four of those five games saw the opener scored within 30 minutes. But, Wolves have established a habit of falling behind without recovering, suffering three defeats in four Premier League matches in which they conceded first (D1). Scoring could also be an issue, considering the ‘Wanderers’ have drawn a blank in four of their six top-flight trips to Liverpool this millennium, netting precisely once per game in the other two. 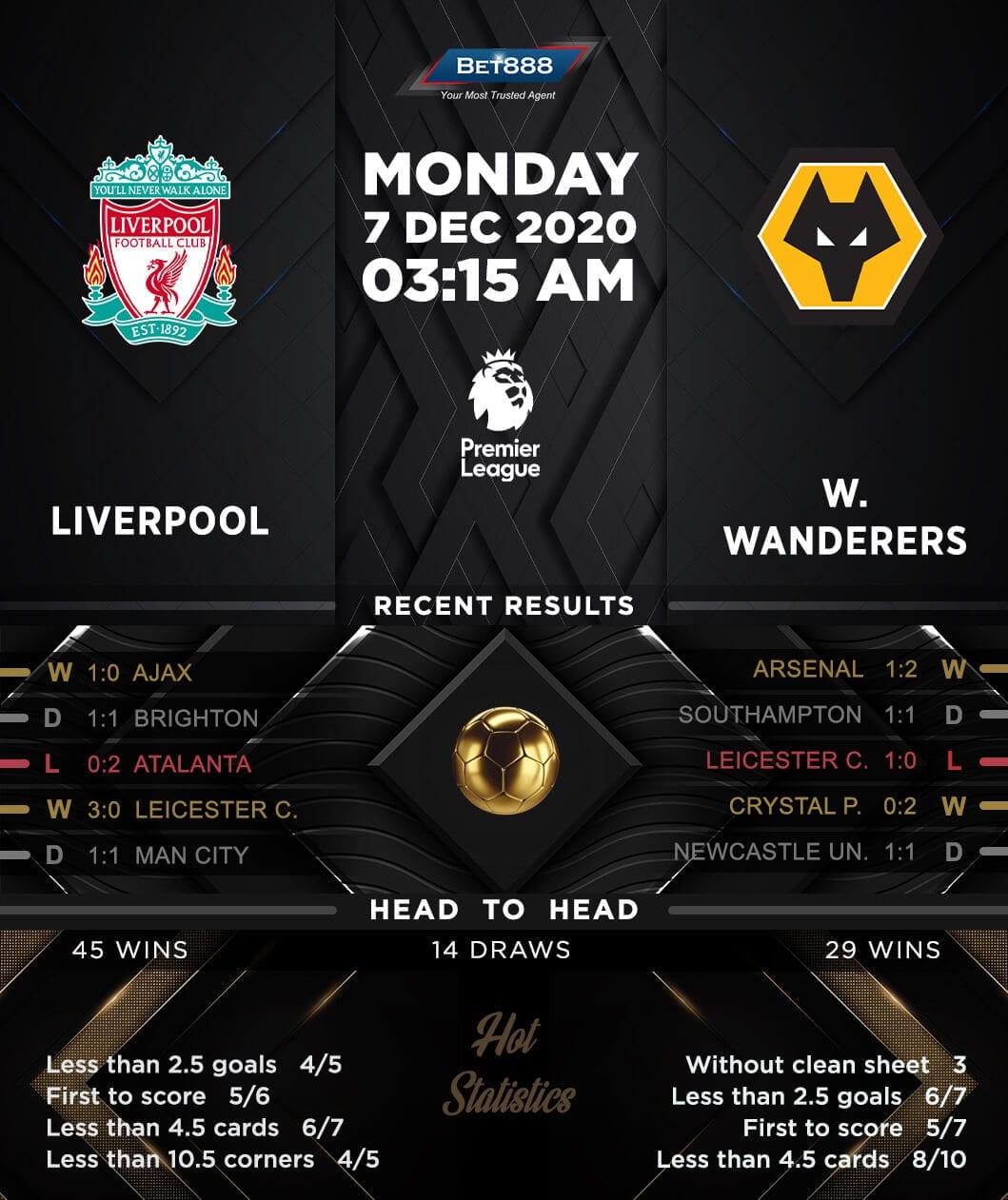