One of the most highly anticipated fixtures on the MLS football schedule takes place at the Banc of California Stadium as Los Angeles FC tackle New York City.

Los Angeles secured a tight 2-1 home victory over Colorado Rapids last time out to put an end to a frustrating four-game winless league run (D2, L2). However, since a 2-0 home win against Austin FC in their MLS curtain-raiser, the ‘Black and Gold’ have gone five consecutive league matches without a clean sheet, conceding over 1.5 goals twice in the process. Particularly vulnerable after half-time, Bob Bradley’s men have recorded six of their seven league goals conceded so far in the second half of play. Having that said, they’ve yet to let in a goal beyond the 75th minute of the MLS home action played to date. Keeping a blank sheet here could be a daunting prospect for Los Angeles, considering both of their only previous MLS meetings with New York City have yielded the same 2-2 scoreline.

Meanwhile, the visitors go into this encounter winless in their last three MLS matches (D2, L1) despite scoring the opening goal twice in that period. The ‘Pigeons’ were ruthless prior to this run, racking up back-to-back wins by an aggregate score of 7-0, with five of their seven strikes across those victories coming beyond the 50th minute. Away from home, Ronny Deila’s men have endured mixed fortunes across their opening three MLS fixtures (W1, D1, L1), scoring first on two occasions. In fact, except for a 1-1 draw with Orlando City in their most recent MLS trip, New York have opened the scoring in each of their remaining five league matches, which has been the case in their only previous visit to Los Angeles FC. 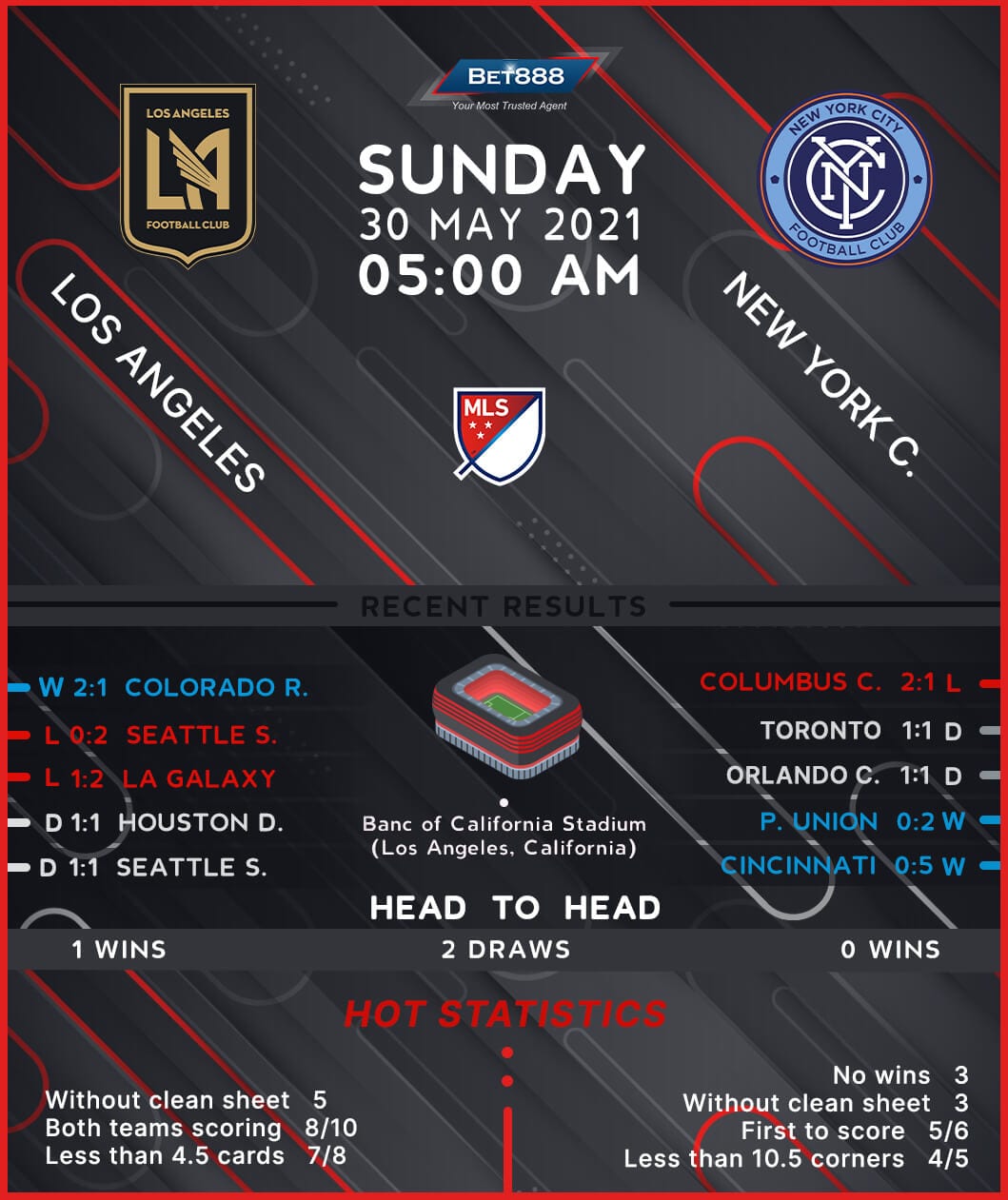