Portland Timbers travel to the Banc of California Stadium to tackle Los Angeles FC in a handsomely-looking MLS match-up.

Standout striker Carlos Vela inspired Los Angeles FC to a thumping 3-0 win over Colorado Rapids on Matchday 1, bagging a sensational hat-trick to get the new season underway in style. After reaching the MLS Cup play-offs three seasons in a row, Los Angeles finished 9th in the Western Conference last season, so they will be desperate to improve this term. Despite experiencing a thoroughly disappointing 2021 campaign by their high standards, Steve Cherundolo’s men were a force to be reckoned with at home last season, racking up a resounding 82% unbeaten ratio in home MLS fixtures (W8, D6, L3). That said, they have failed to win their last two home league meetings with Portland (D1, L1), both of which featured goals either side of half-time and both sides scoring.

Meanwhile, Portland and New England Revolution shared the spoils in a ‘goal-friendly’ 2-2 draw on the opening weekend. With three of those four goals coming on and beyond the 60th minute, late action could again be the order of the day. Portland will be looking to pick up where they left off last season, having won their final two MLS away matches of the 2021 campaign by an aggregate score of 4-1. Interestingly, only two of Portland’s 17 MLS fixtures on the road last season ended level (W6, L9), which was the joint-lowest drawing ratio in the United States’ top-flight. Yet, the ‘Timbers’ largely struggled in the front third away from home back in 2021, scoring a mediocre average of 1.23 goals per MLS trip last season. 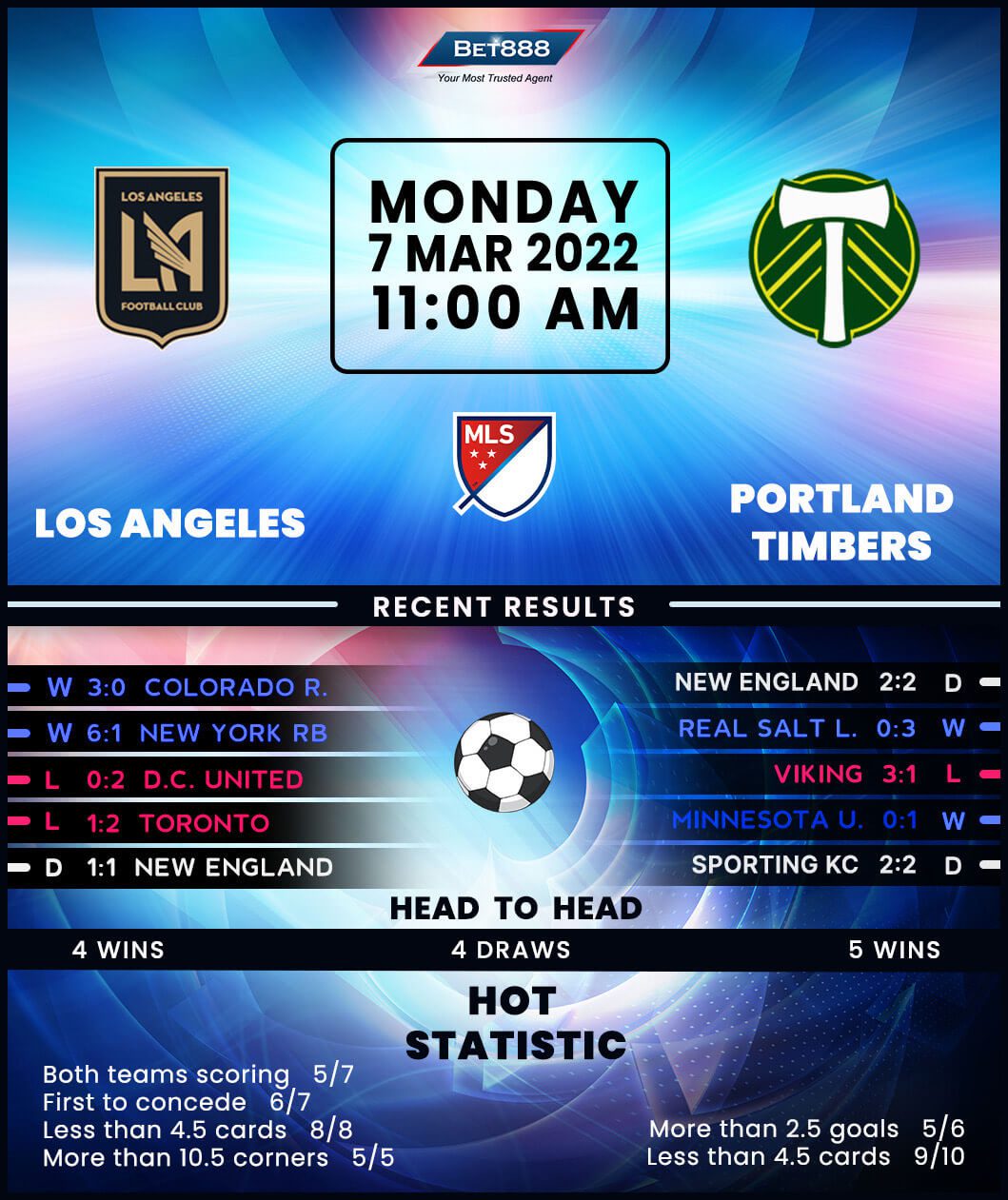