Portugal travel to the Stade Josy Barthel to meet Luxembourg in the World Cup Qualifying fixture they should win without breaking a sweat. They have not only each of their last six such H2Hs, but they did so by conceding just a single goal.

Gerson Rodrigues’ 85th-minute winner against the Republic of Ireland propelled Luxembourg to a flying qualifying start, putting an end to their four-game winless streak (D1, L3). The ‘clean-sheet’ theme remains significant in the context of Luxembourg’s recent fixtures, as four of the last five have seen one or both teams fail to get on the scoresheet. Their chances of qualifying for FIFA World Cup 2022 are extremely remote, but ‘Les Lions Rouges’ can win two matches in a single World Cup Qualifying campaign for the first time in history. Easier said than done, though, as Luc Holtz’s men lost each of their previous 12 H2Hs, including the last one on home soil by a 2-0 scoreline. That defeat is a part of Luxembourg’s disastrous results against FIFA’s top-20 ranked nations that saw them return a -34 goal difference from their last ten losses in qualfiying for major tournaments (GF:2, GA:36).

Meanwhile, Cristiano Ronaldo saw a clear 90th-minute winner against Serbia denied by the referee’s mistake, as Portugal enter this fixture looking to maintain an unbeaten start to their qualifying campaign (W1, D1). Before drawing 2-2 in Belgrade last time out, ‘A Seleção’ were on a ten-match winning run in the World Cup qualifiers, notably winning both halves on seven of those occasions and scoring over 2.5 goals six times in the process! Away from home, Fernando Santos’ men have put together five matches without losing (W3, D2), scoring 2+ goals in four while keeping a clean sheet in three. Portugal must be relishing the prospect of facing Luxembourg here, knowing their last four away victories in World Cup qualifiers against nations currently sitting outside FIFA’s top-60 rankings have yielded a winning margin of 3.25 goals. 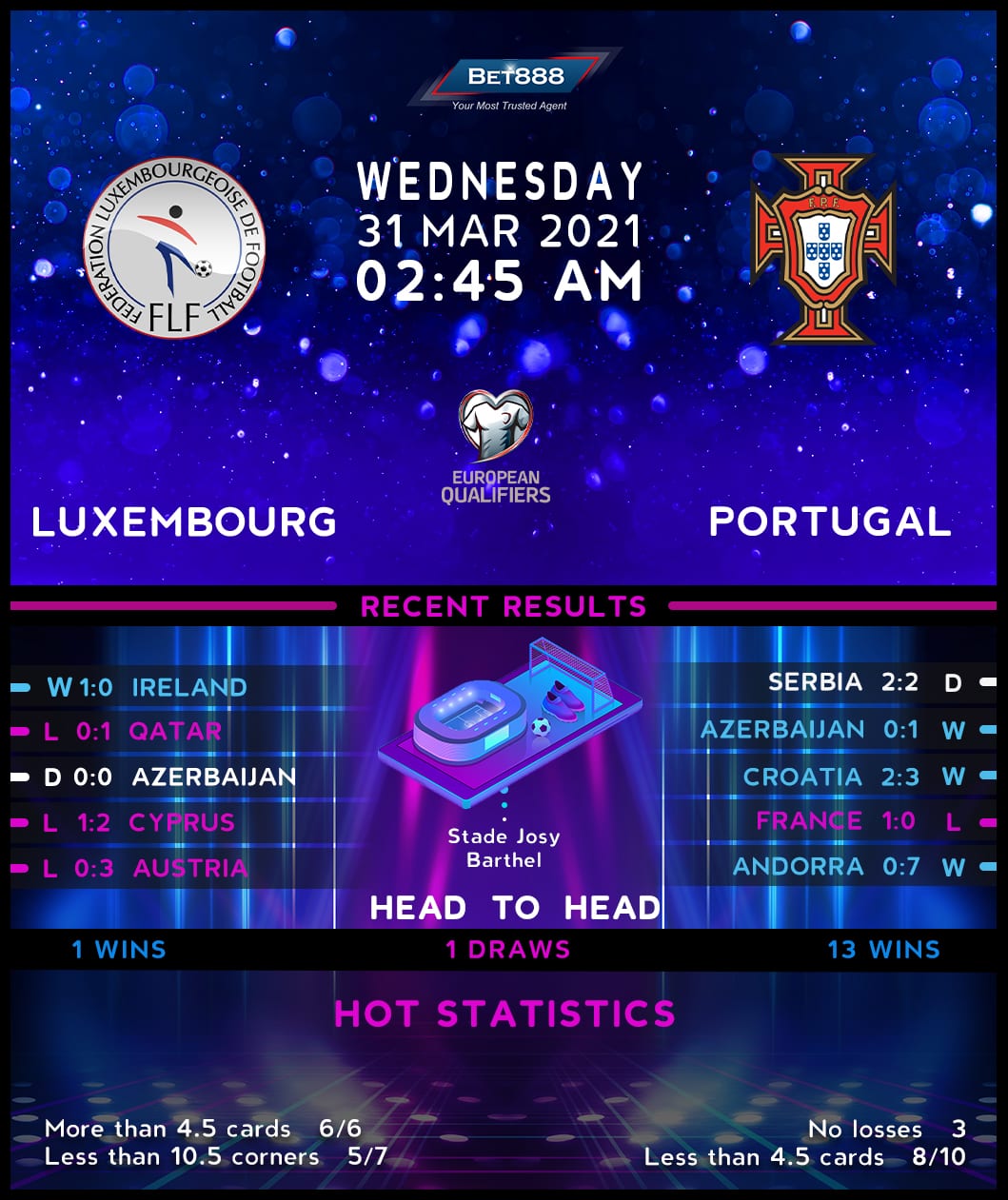