Luxembourg and Scotland are set to trade tackles at the Stade Josy Barthel in an international friendly encounter.

A narrow 1-0 defeat to Norway last time out gave Luxembourg a third loss in four matches (W1), with three of those results (win/loss) yielding the identical 1-0 scoreline. The clean sheet has been a common theme in Luxembourg’s recent outings, as six of their last nine games have seen one or both sides fail to get on the scoresheet. At home, before succumbing to a 3-1 reverse to Portugal in the UEFA Nations League in their most recent home outing was the first time they’ve scored after drawing a blank in back-to-back fixtures on home soil (D1, L1). But it will be a daunting prospect for ‘Les Lions Rouges’ to find the net here, considering they’ve not scored twice in their last three meetings with Scotland (D1, L2).

Meanwhile, the visitors have enjoyed a slight upturn in form ahead of this trip, going from consecutive defeats without scoring to four matches without losing on the trot (W1, D3). Imprvoing Scotland bagged over 1.5 goals three times during that four-game sequence, managing the opening goal within 11 minutes of play in the last two. Worryingly, though, the ‘Tartan Terriers’ have failed to win any of their last five away fixtures (D3, L2) if considered just 90 minutes of play. Additionally, Steve Clarke’s men haven’t kept a clean sheet in any of their previous nine matches on foreign soil, conceding precisely once per game six times in that stretch. A lack of firepower up front had seen Scotland score under 1.5 away goals three times in a row before a 2-2 draw with the Netherlands in their most recent road trip. 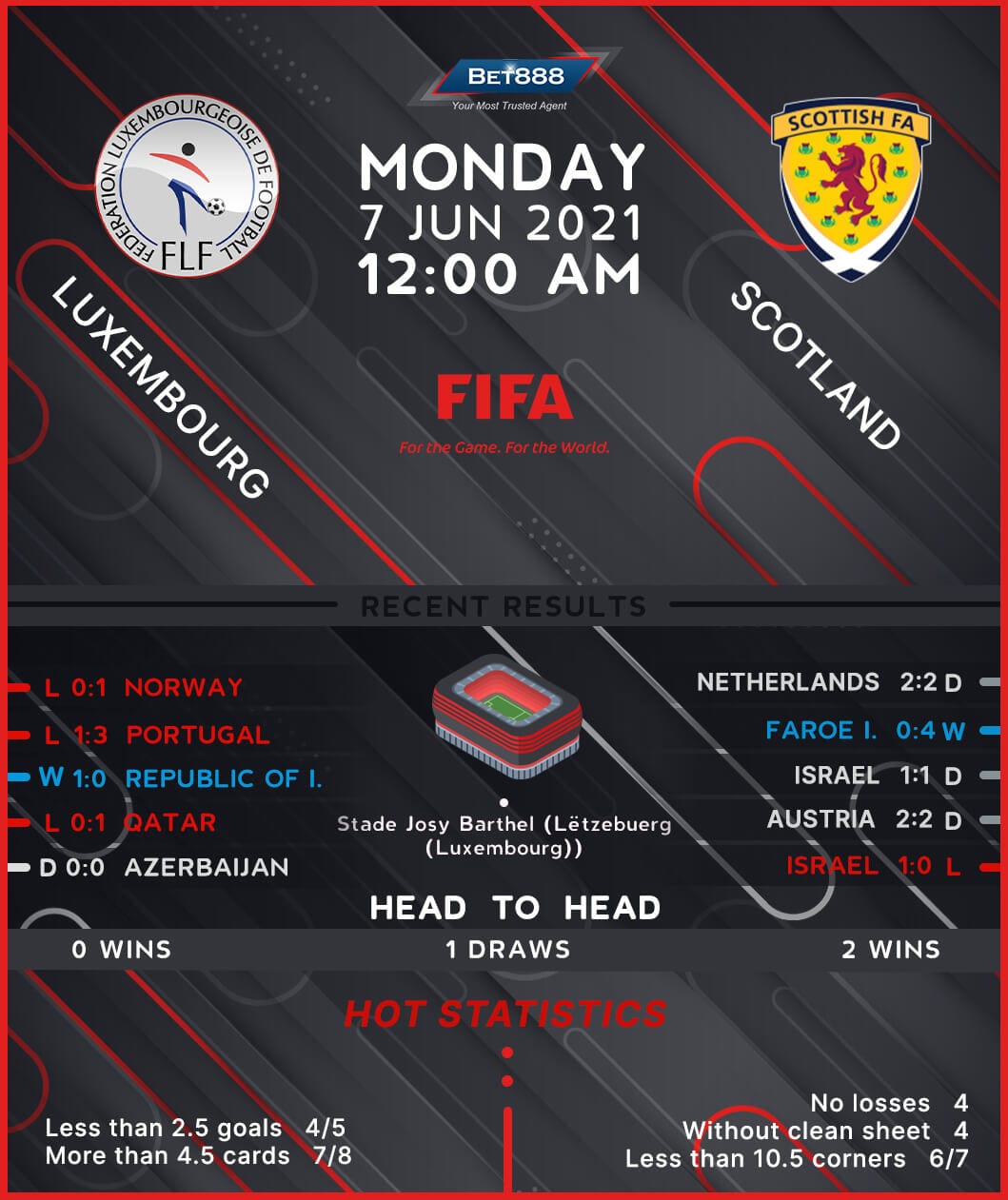