Groupama Stadium is the venue as Lyon and newly-promoted Ajaccio lock horns in the opening 2022/23 Ligue 1 encounter.

Lyon’s abysmal eight-placed finish in 2021/22 – their worst final-ending position in the 21st century – has forced the club’s hand in the transfer window. After prodigal sons Alexandre Lacazette and Corentin Tolisso returned to the Groupama Stadium, ‘Les Gones’ will take the field in high spirits, looking to go back in contention for a coveted Champions League finish. Optimism is at an all-time high in the home camp, with the seven-time French champions head into proceedings having gone unbeaten in their last 18 Ligue 1 openers (W14, D4). Moreover, Peter Bosz’s men have the home H2H record firmly on their side, as they’ve won all but one of their 14 previous competitive meetings with Ajaccio at this venue (D1).

In the meantime, Ajaccio finished runners-up in Ligue 2 last season to earn promotion to the French top flight for the first time since the 2013/14 season. Head coach Olivier Pantaloni based his side’s impressive league success in 2021/22 on a rock-solid backline that conceded a mere 19 goals, fewer than any other team in Ligue 2 history, spanning back to 1993/94. Indeed, Ajaccio recorded a stellar six clean sheets across their final seven league travels at the tail-end of last season, confirming they could be unbreakable. Against this backdrop, the ‘Bears’ come into this fixture aiming to arrest an embarrassing run of 17 Ligue 1 matches without a shutout, conceding a whopping 38 goals in that spread of games. 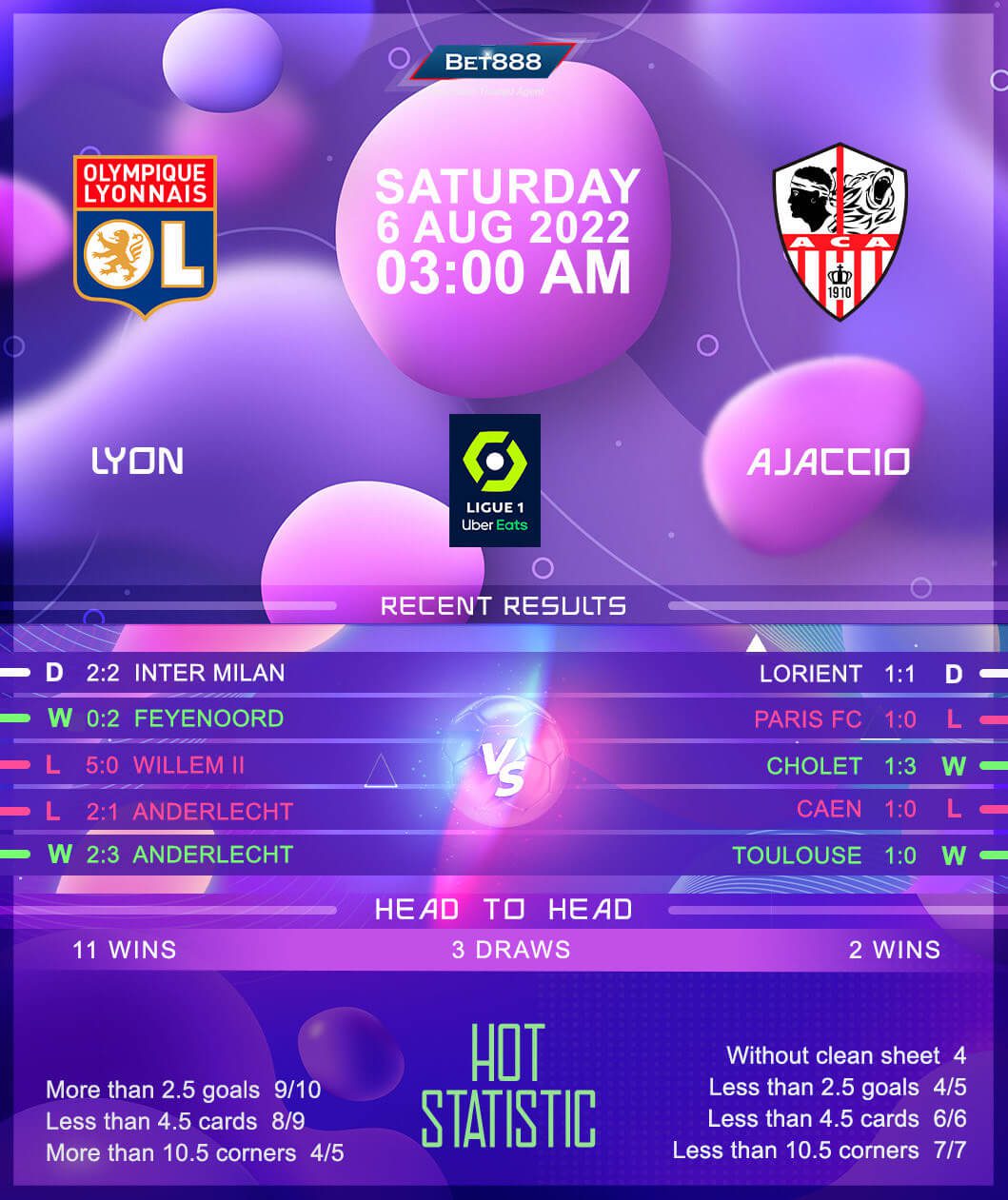