Lyon’s faint hopes of securing a European qualification spot in Ligue 1 face another daunting task as mid-table Montpellier are set to arrive at the Groupama Stadium.

After alternating between victories (2) and draws (2) in four Ligue 1 outings, Lyon fell to a 2-1 defeat at Brest in midweek league action, casting further doubt on their European qualification hopes. Stuck in eighth in the Ligue 1 table, seven points adrift of fifth-placed Monaco, ‘Les Gones’ stare at the prospect of recording their worst Ligue 1 placing since 1995/96 should they end up finishing seventh or worse. But Peter Bosz’s men will rely on their eye-catching home form, having won their last two league matches at the Groupama Stadium by an aggregate scoreline of 9-2. That said, Lyon have racked up a mere two victories from their eight previous top-flight meetings with Montpellier (D3, L3), including a narrow 1-0 triumph in the reverse fixture earlier this season.

Visiting Montpellier go into this round on the back of a crushing 2-0 away defeat to Lens, extending their winless Ligue 1 streak to four matches (D1, L3). A lack of ruthlessness in front of goal has seen Montpellier fail to get on the scoresheet in their last three league outings, last experiencing a longer such run in 2015. On the bright side, ‘La Palliade’ ran out 1-0 victors in this exact fixture in 2020/21 and could win back-to-back Ligue 1 away H2Hs for the first time in the club’s history. It would require Olivier Dall’Oglio’s men to defy their underwhelming league form in 2022 that has seen them suffer nine defeats in 14 Ligue 1 games since the turn of the year (W3, D2). Away from home, Montpellier have lost three of their last four league matches (W1), with each result (win/loss) in this sequence yielding the identical 2-0 scoreline. 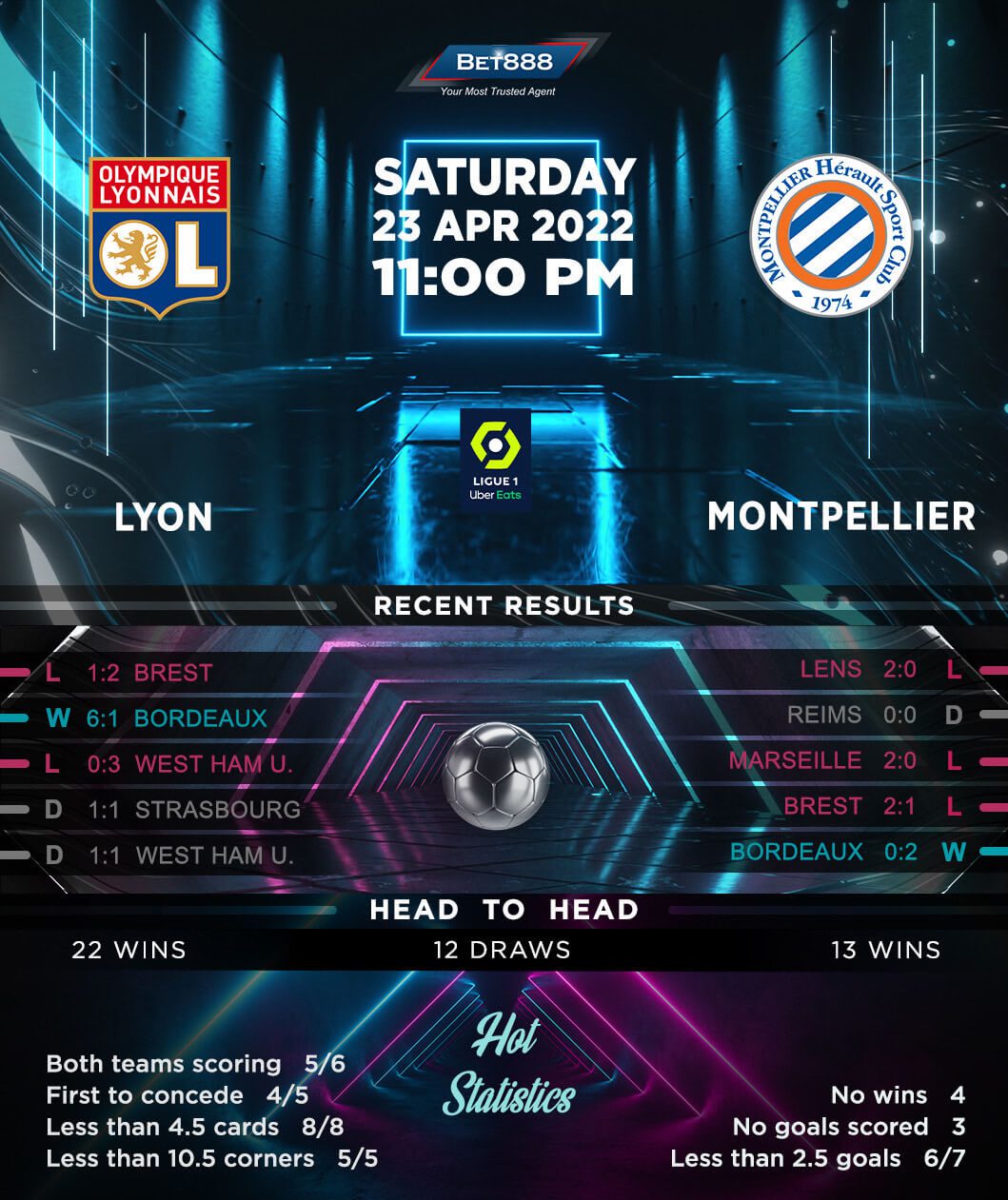