Bayern Munich will be looking to mathematically secure their ninth consecutive Bundesliga title with a victory over mid-table Mainz 05 at the Opel Arena this weekend.

A hard-fought 1-0 win at Werder Bremen last time out stretched Mainz’s undefeated Bundesliga streak to six matches (W3, D3), with each victory in this spread of fixtures yielding a narrow one-goal margin. Electric starts have highlighted Mainz’s recent league games as three of the last four have seen the opener scored inside the first 16 minutes of play. However, low scoring has been a common theme in the recent Bundesliga fixtures held at the Opel Arena as each of the last four has featured under 2.5 total goals (W2, D1, L1), with each result (win/loss) in this sequence coming by the identical 1-0 scoreline. Lapses of concentration after restart have seen ‘Die Nullfünfer’ score a league-low three second-half goals on home turf this season while conceding 13 in this exact timeframe. With that said, 50% of Mainz’s home Bundesliga matches this term have produced a goal beyond the 75th minute.

Bayern Munich’s comfortable 2-0 win over Bayer Leverkusen in the Bundesliga midweek took their unbeaten league run to eight matches (W7, D1), helping them establish an unbridgeable ten-point cushion at the top of the table. Quick out of the blocks, the ‘Bavarians’ have scored precisely twice within the opening 25 minutes of play in both of their previous league outings. Overall this season, Hansi Flick’s men have netted a staggering 43 first-half goals in the Bundesliga, 12 more than Mainz (31) have managed in total. Delivering action from the onset, the visitors have registered 65.63% of their total away league goals scored this term before half-time (21/32). With the abovementioned triumph over Leverkusen, perennial Bundesliga champions have now found the net in 67 competitive matches on the trot en route to extending the record in German football. 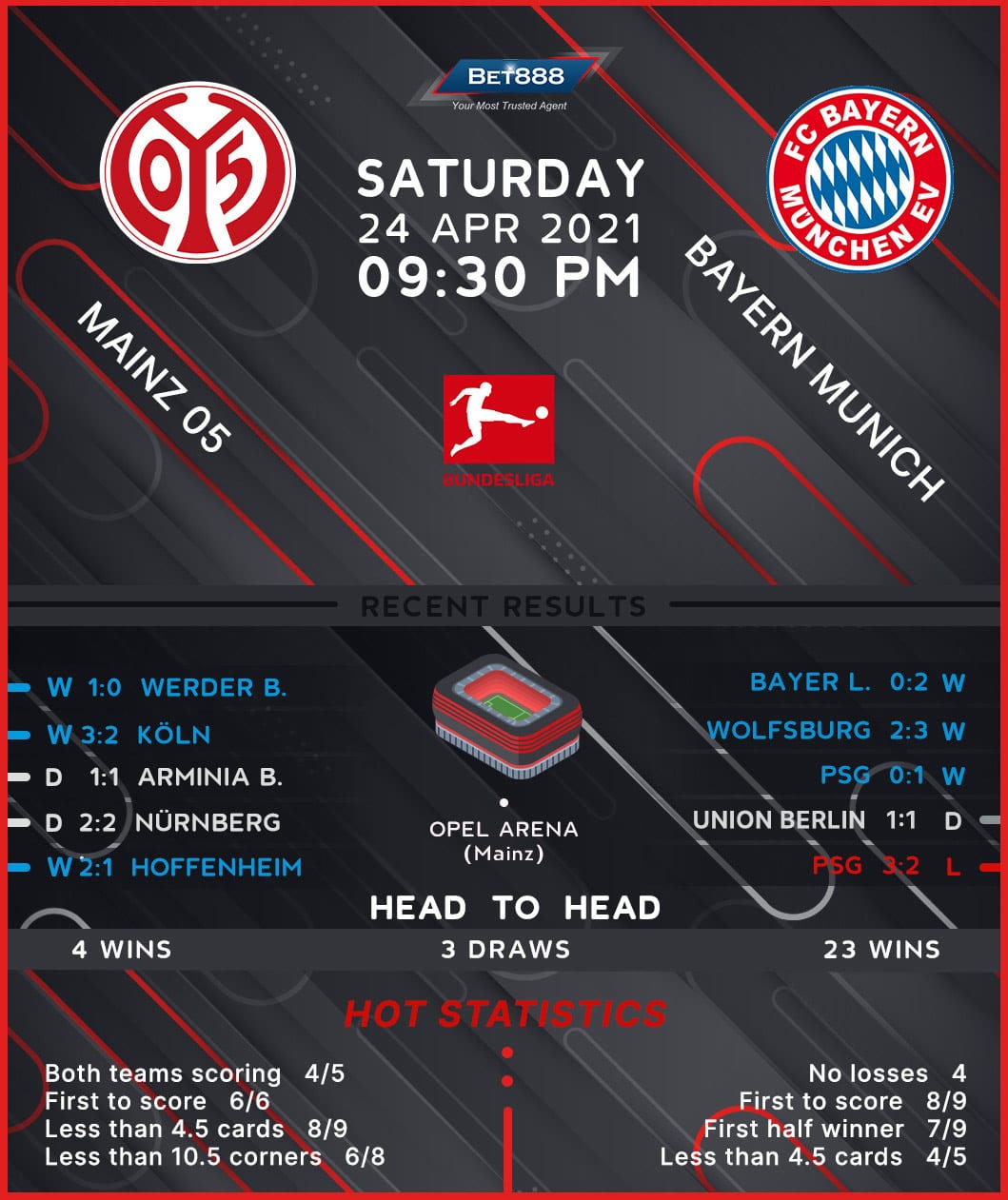