It’s been a horrendous Bundesliga campaign for Mainz so far, as they’ve failed to win 15 of their opening 16 league matches (D4, L11), including the last eight (D3, L5). Goals have been at a premium for ‘Die Nullfünfer’ in recent times, as they have drawn a blank in four of their six previous Bundesliga outings! Curiously, Bo Svensson’s men have failed to score in two of their last four top-flight meetings with Wolfsburg at home, netting 3+ goals in the other two! If they get on the scoresheet here, the ‘Karnevalsverein’ are likely to do it before the half-time whistle, considering that all of their six home Bundesliga goals scored this season have come in the first half of play.

In the meantime, Wolfsburg take the field after being held to two consecutive 2-2 Bundesliga draws, both of which saw the two sides get on the scoresheet in the first half. Indeed, Wolfsburg’s recent league matches have been notably tight, with six of the last seven seeing the teams separated at full-time by under 1.5 goals (W1, D3, L2). Away from home, three of their four previous league fixtures have featured over 2.5 goals and both sides scoring (D2, L2), with the opening goal in each such contest coming within 20 minutes of play. Interestingly, ‘Die Wolfe’ have avoided defeat in four of the five away Bundesliga games in which they conceded the first goal, drawing each time (L1). In fact, Oliver Glasner’s men have won the first half in just one of their eight league trips this season (HT: W1, D6, L1). 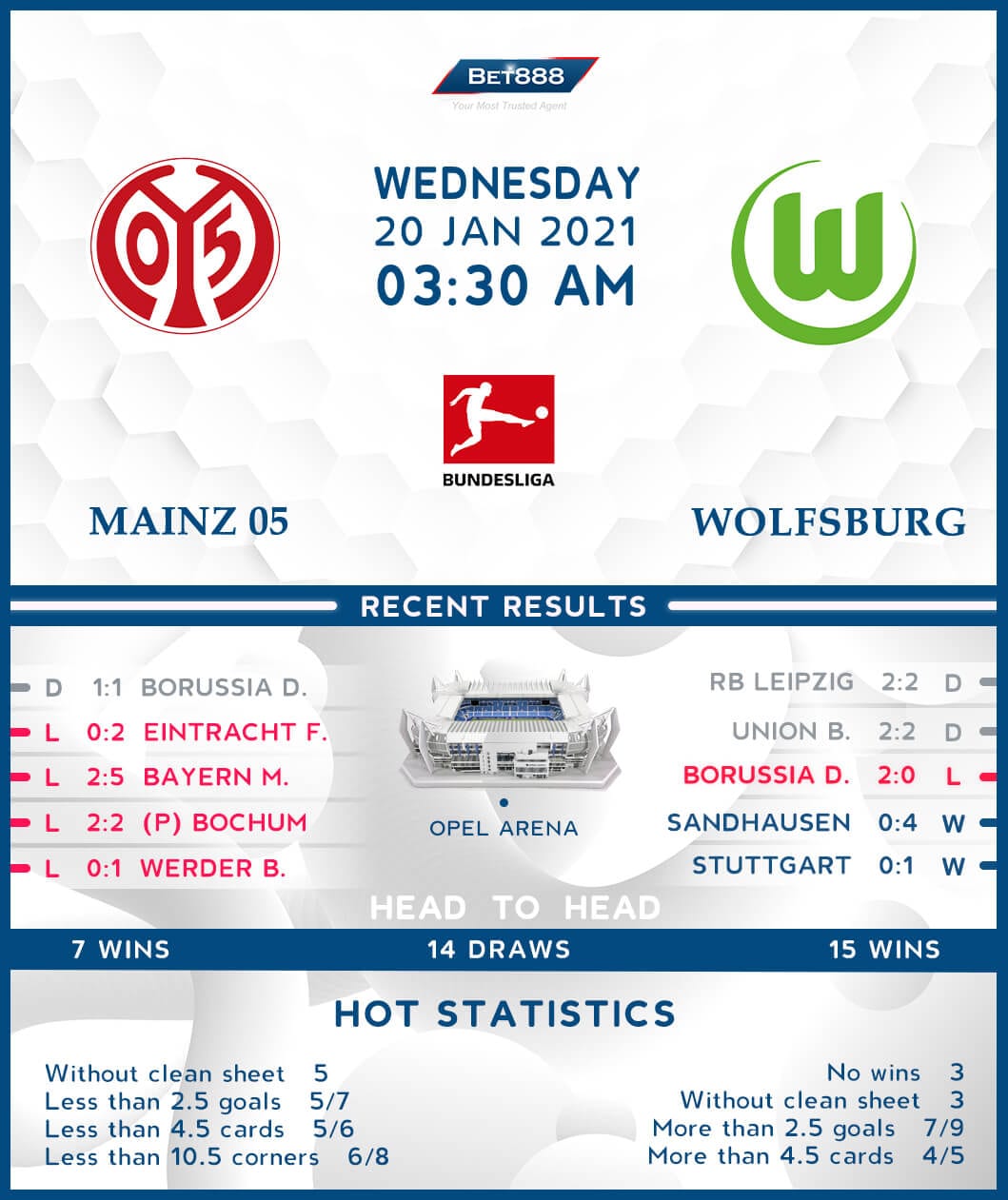