Malaysia and Cambodia are set to square off at the National Stadium Bukit Jalil, Kuala Lumpur, in an all-Asian international friendly.

Morally crippled by a penalty shootout defeat at the hands of Tajikistan in the Kings Cup final last time out, Malaysia will be out to get back on track against a Cambodia side they’ve been relentless against of late. From 2009 onwards, the ‘Tigers of Malaya’ have won six consecutive H2H encounters against their neighbours via an aggregate score of 16-5, notably netting 2+ goals on five occasions. Free-scoring form has been Malaysia’s thing lately, as they’ve bagged over 1.5 goals in five of their last nine international fixtures while drawing a blank only once across the other four. Therefore, it’s no big surprise that they only lost twice in regulation time during that nine-game sequence (W5, D2).

As for Cambodia, an underwhelming 1-0 home defeat to sub-par Bangladesh last time out further dampened their spirits, extending their winless streak to four matches (D1, L3). Unlike their rivals, scoring has been a genuine issue for the ‘Angkor Warriors’ as they’ve failed to make it to the scoreboard three times in their last four outings. Unfortunately for head coach Keisuke Honda, his men have also stuttered defensively in recent times, going six successive games without a clean sheet while conceding 2+ goals in four of them. Playing on the road won’t help improve those unwanted statistics, considering the Cambodians have shipped an alarming average of three goals per match across their last four internationals travels (D1, L3). 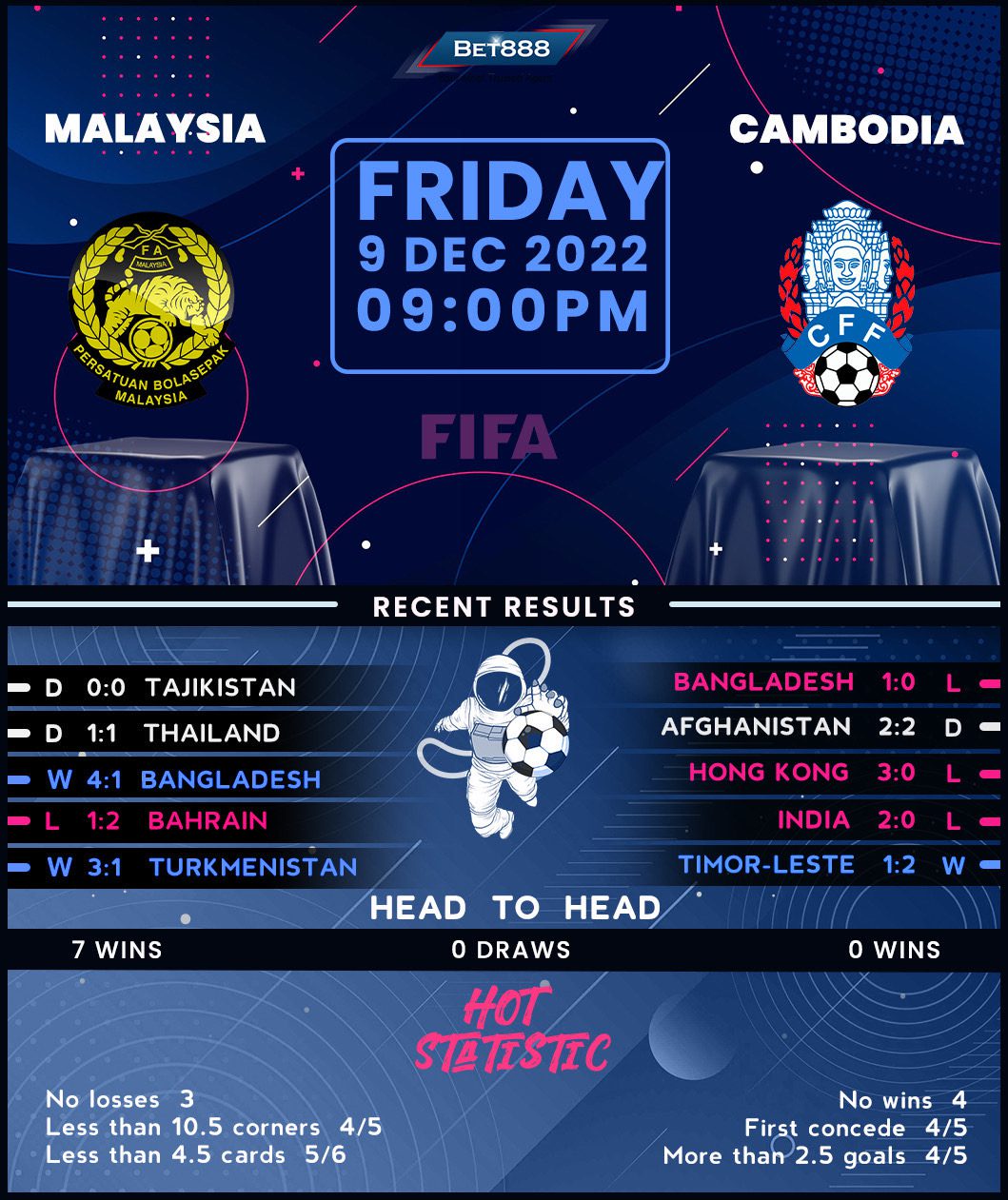