Malaysia have blown hot and cold during this World Cup qualifying campaign, winning three of their six matches in Group G while losing the other three as they face a risk of being cut adrift of the pack with another defeat here. A 4-0 away thumping to the United Arab Emirates last time out means three of Malaysia’s previous four results (win/loss) in this World Cup qualifying campaign have seen the victor keep a clean sheet. On the bright side, the ‘Malayan Tigers’ have racked up back-to-back home wins following a 2-1 reverse against the UAE on Matchday 2, scoring in both halves on each occasion. The hosts have failed to win any of their last five meetings with Vietnam (D1, L4), drawing a blank in each defeat.

Meanwhile, the visitors have enjoyed an almost perfect start to this World Cup qualifying campaign, winning four of their six Group G outings while drawing the other two. Vietnam’s impressive World Cup qualifying campaign rests on a rock-solid defense that has kept five clean sheets in six Group G matches, a 1-0 home win in the reverse fixture against Malaysia included. However, the ‘Golden Star Warriors’ have struggled to establish consistency away from home, as witnessed by the fact they’ve picked up just two victories in their last eight road trips overall (D5, L1) if considered only 90 minutes of play. Also, Vietnam’s slow starts away from home have seen them open the scoring just once in their last four such encounters, including friendlies. 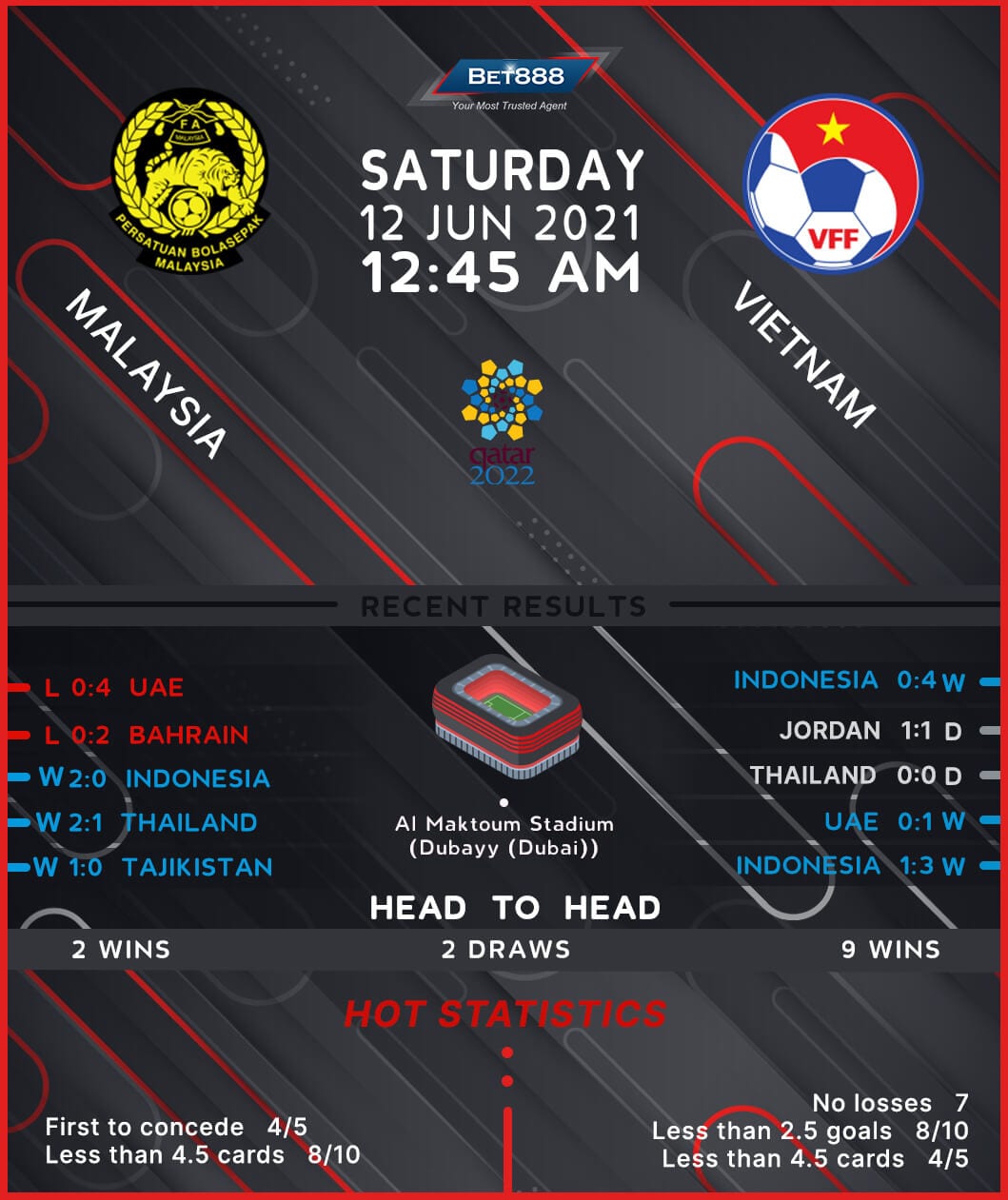