Malmo’s return to the UEFA Champions League after a five-year hiatus pits them against experienced European campaigners Juventus at Eleda Stadion.

Embarking on their first Champions League group stage campaign since 2015/16, the hosts first need to defy their winless three-game form in all competitions (D1, L2). Malmo will be looking to improve their dreadful Champions League record, as they lament the joint-highest losing percentage amongst the sides to have played 10+ matches in the competition (GP12 – W2, L0, L10). However, it could be easier said than done, as they have drawn a blank in eight of their last ten Champions League fixtures, netting three times in the other two. At the other end of the pitch, the Swedish outfit conceded 34 goals during that ten-game sequence, on an average of 3.4 per match. Additionally, Malmo have won just 20% of their European clashes against Italian opposition (W2, D3, L5), scoring just 0.8 goals per game across those meetings.

On the other hand, Massimiliano Allegri has endured a torrid time upon his return to the helm, with his Cristiano Ronaldo-less Juventus side going winless in his first three Serie A games in charge (D1, L2). Allegri will fall back on his fond Champions League memories from his first stint at the club, having led the ‘Bianconeri’ to two grand finals between 2014-17. Moreover, the Italian tactician boasts a solid 54% win ratio in the Champions League matches with Juventus. There is another good omen here, with the record-time Serie A champions suffering just one defeat in their last 11 away group stage outings in the competition (W8, D2). Since a 2-1 reverse at Young Boys in 2018/19, Juventus have won their subsequent five Champions League group stage trips, netting 2+ goals on each occasion. 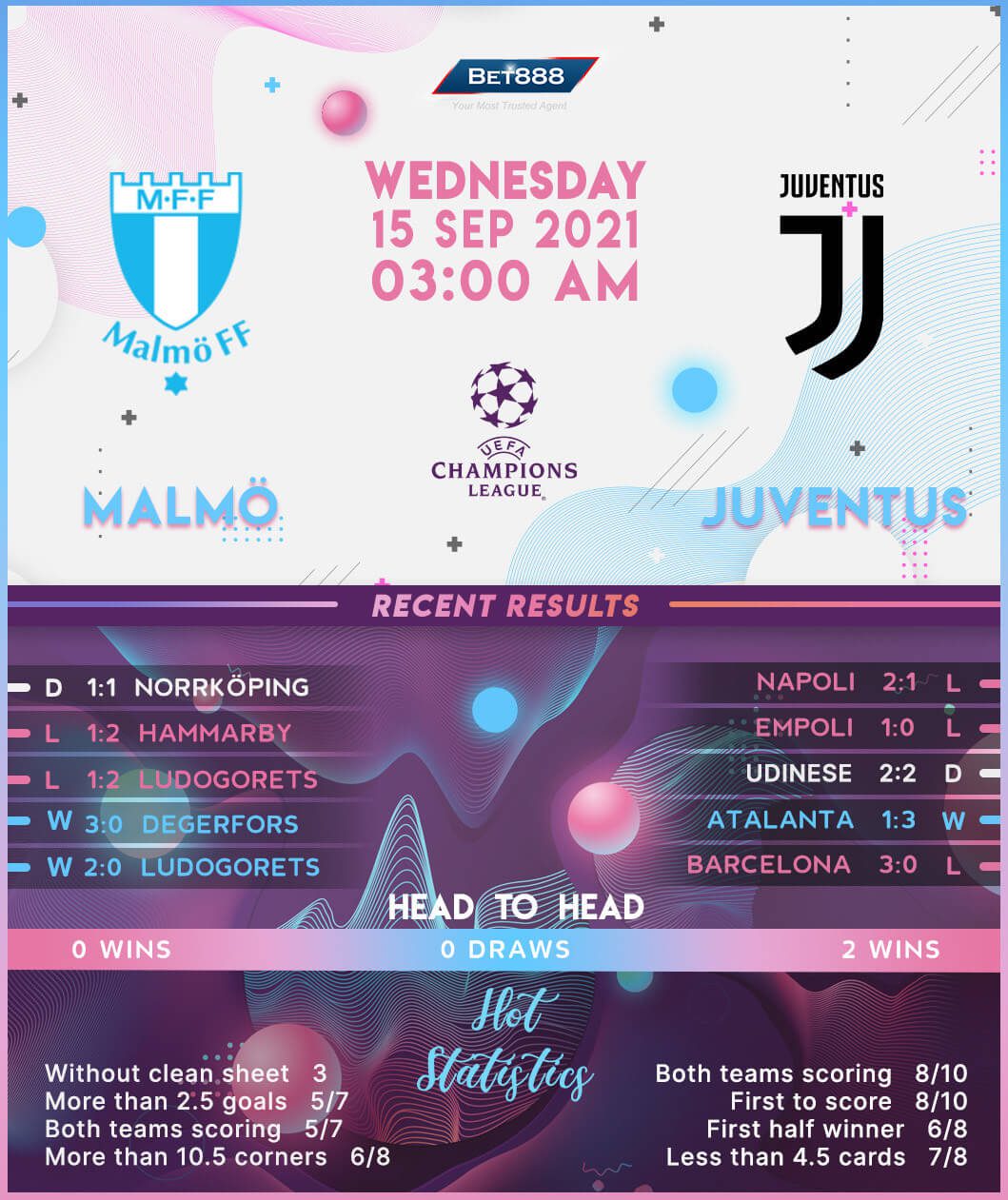