Though they’ve lost each of their last nine qualifying fixtures, the Mediterranean minnows are unbeaten in their previous five competitive outings (W2, D3), four of which have featured under 2.5 total goals. Malta’s chances of securing a place at the final tournament for the first time are faint, especially considering they finished the last World Cup qualifying campaign with a single point from ten matches (D1, L9). Ranked at #176 by FIFA, the ‘Falcons’ have picked up just five competitive victories on home soil in the 21st century. When they lose, it tends to be in a disturbing fashion, as six of their last eight home defeats in the qualifiers (European Championship and World Cup) have yielded a losing margin of over 1.5 goals.

In the meantime, the Russians are chasing their third consecutive appearance at the final tournament for the first time since the collapse of the Soviet Union. Russia’s first-half performances in recent times have been rather vivid, with only two of their last nine competitive fixtures seeing a half-time stalemate. Adding to this sentiment, Stanislav Cherchesov’s men have won the first half by an identical 2-0 scoreline in four of their previous five victories away from home, subsequently keeping a clean sheet on three occasions. However, the ‘Sbornaya’ have lost both of their last two away matches in all competitions, scoring twice while conceding eight goals in return. Yet, both of those fixtures have featured 3+ first-half goals, with the opener in each coming within 11 minutes of play. 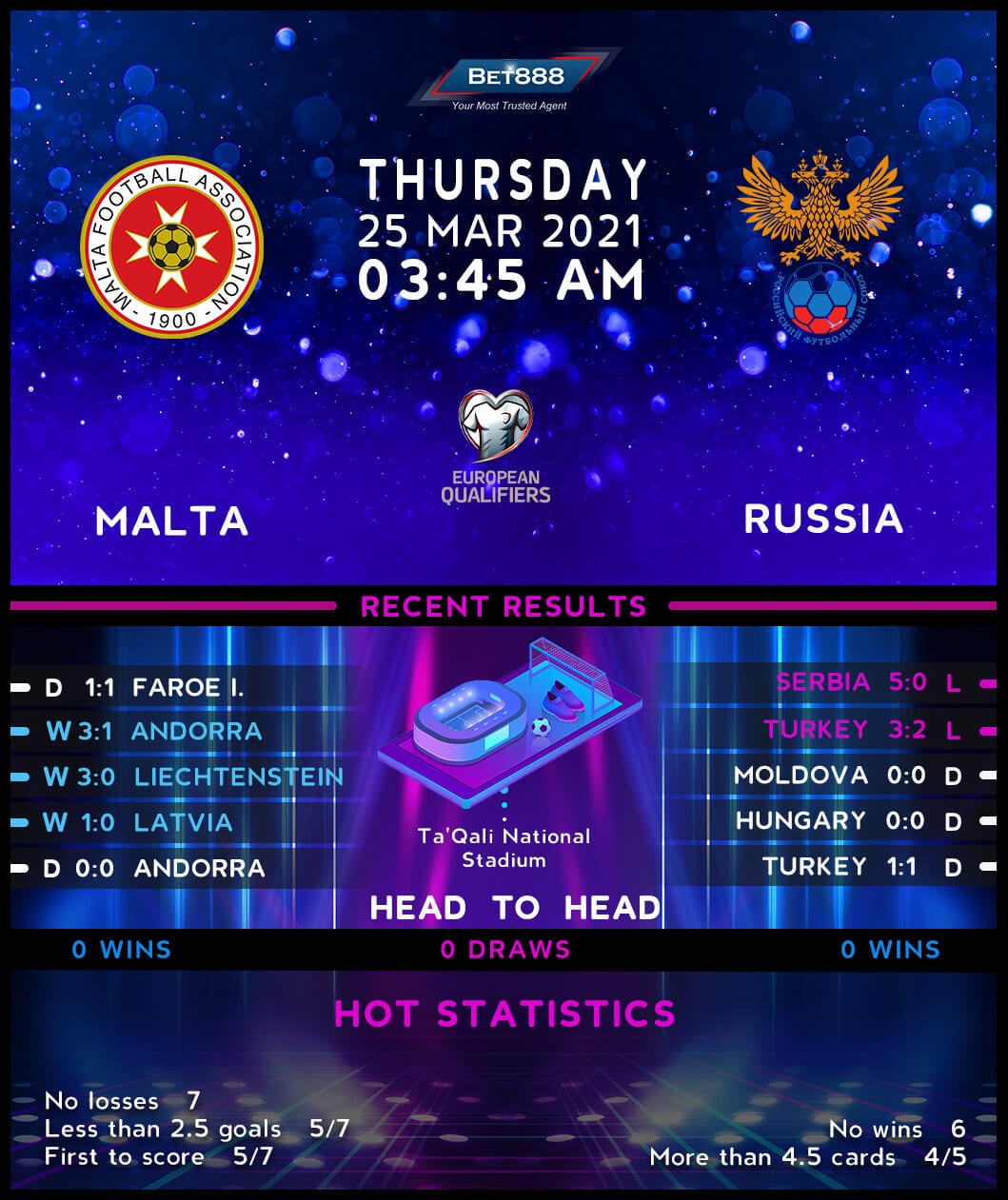