Manchester City and Leeds United go head-to-head at the Etihad Stadium in their first Premier League encounter at this venue since December 2003.

Since suffering a 2-0 defeat to Reading in February 2007, Manchester City have racked up an intimidating 41-match unbeaten Premier League streak against newly-promoted sides (W36, D5). Coming into this matchday, the ‘Citizens’ have secured three comprehensive league victories in a row, all of which yielded a winning margin of 2+ goals and saw City score precisely two second-half goals. Except for a 2-0 loss to cross-town rivals Manchester United, the hosts have won the other 16 league games this calendar year. Having kept a league-high 17 clean sheets this Premier League campaign, Pep Guardiola’s men are only three shutouts away from equaling the club’s best-ever such record set in 2018/19. Topically, the runaway Premier League leaders have registered ten clean sheets in their 17 top-flight outings since the calendar flipped to 2021, conceding an average of just 0.52 goals per match in that time.

Meanwhile, the visitors have enjoyed an upturn in form heading into this fixture, going from three consecutive Premier League matches without winning (D1, L2) to back-to-back victories, both of which came by the identical 2-1 scoreline. Curiously, the ‘Whites’ remain the only side in the Premier League yet to draw an away league game this season (GP15 – W7, L8), with 46.67% of those matches won/lost so far seeing the winner on the day preserve a blank sheet. It will be a daunting task for Marcelo Bielsa’s men to pick up all three points here, knowing they have ended up on the winning side just once in their previous 19 top-flight fixtures against teams starting the day at the top of the tree (D9, L9). A halt-time lead would be the way to go as Leeds boast a 100% win rate across the Premier League contests in which they were in front at the interval this season (W5). 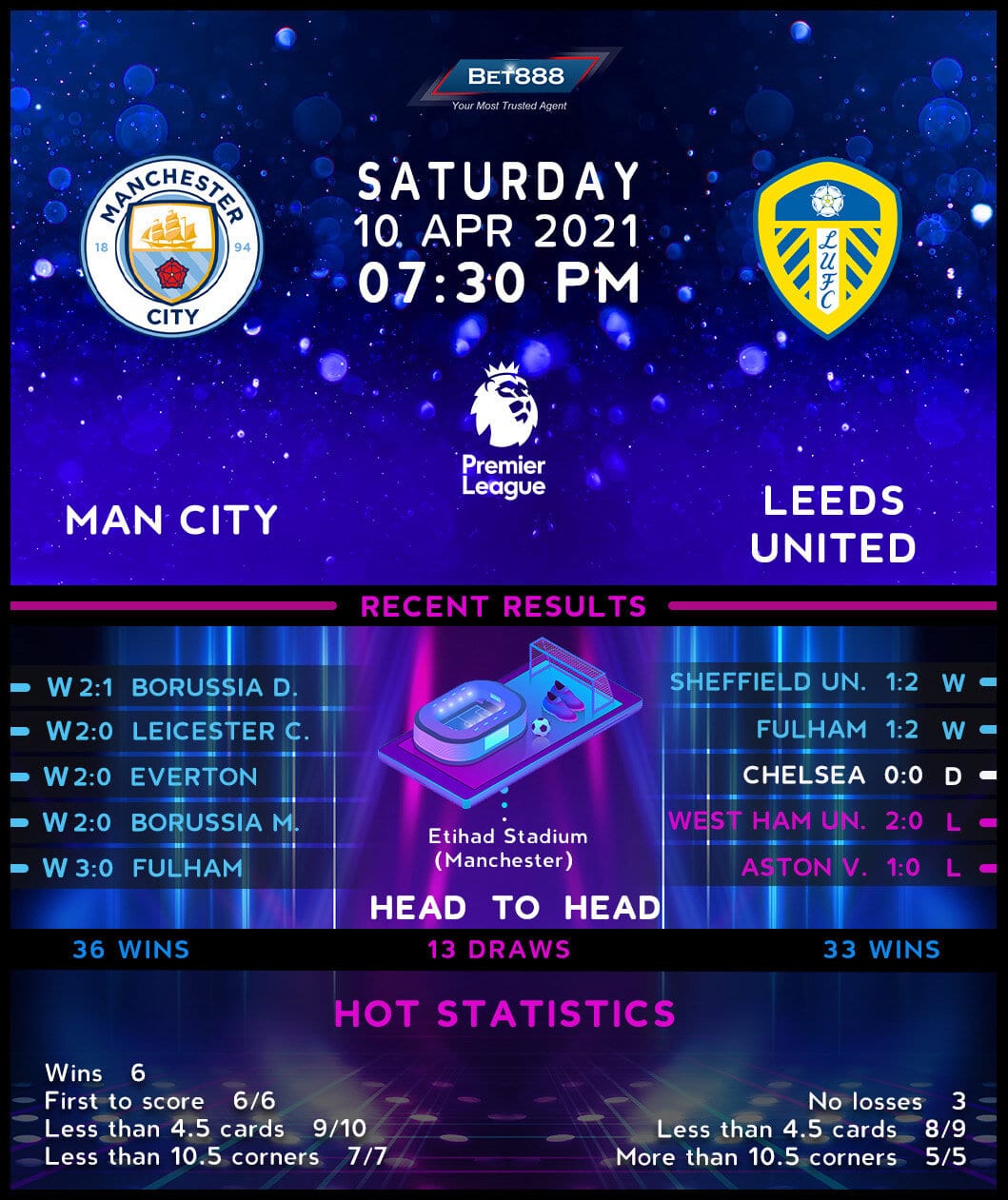