Manchester City will be looking to claim a fourth consecutive Premier League win over Aston Villa when the two clubs meet at the Etihad Stadium.

Manchester City have turned into a force to be reckoned with since losing 2-0 to Tottenham Hotspur in mid-November, going unbeaten in 15 competitive matches since then (W12, D3), and winning the last eight. In the Premier League alone, the ‘Sky Blues’ have racked up a five-game winning streak, registering a shutout on four occasions in that sequence. Remarkably, Pep Guardiola’s men have kept a clean sheet in nine of their last 12 competitive home fixtures, conceding precisely once per game in the other three (W10, D2). Manchester City have run out winners in 14 of their 15 previous Premier League meetings with Aston Villa at home (L1), including the last ten via an aggregate score of 33-4. Notably, each of their nine previous such success has come by at least a two-goal margin!

Meanwhile, a 2-1 loss at Manchester United last time out did knock Aston Villa down from a five-game undefeated Premier League streak (W3, D2). It also means that the ‘Lions’ have scored precisely once per game in four of their last five league trips. It could well be one-way traffic if Dean Smith’s men concede the opening goal here – Aston Villa have lost five of the six Premier League matches in which they shipped the first goal (D1). However, no team has conceded fewer Premier League goals away from home than Villa (5) this season. It’s also worth noting that Aston Villa have picked up five victories in their eight away top-flight fixtures this term (D1, L2), as many as they had in their previous 49 such contests beforehand (D8, L36). 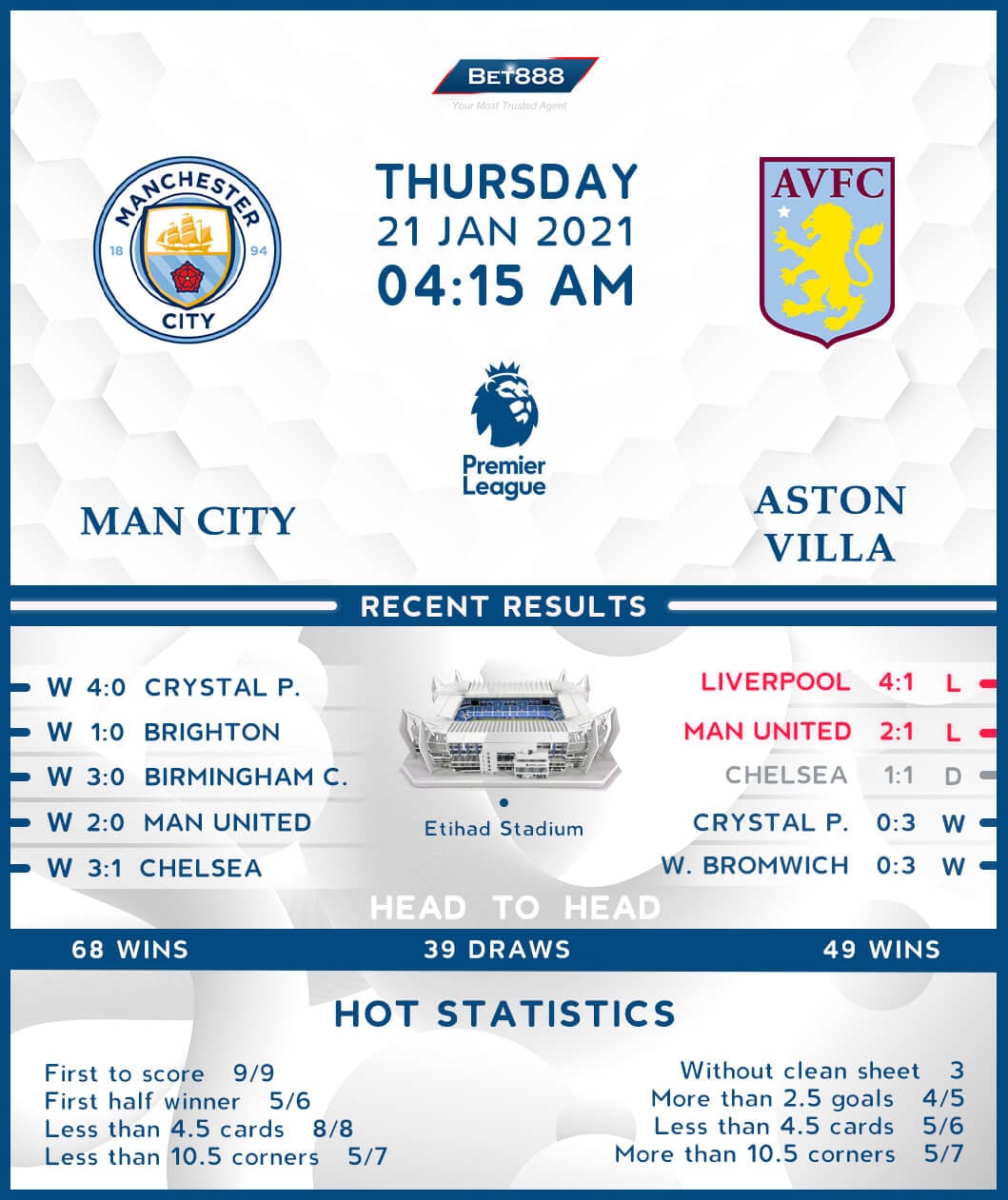