High-flying Manchester City will be looking to avoid FA Cup upset when they meet Birmingham City at the Etihad Stadium this weekend.

A comfortable 2-0 victory at Manchester United in the Carabao Cup midweek gave Manchester City a fifth consecutive win in all competitions, extending their unbeaten run to 12 fixtures (W9, D3). Remarkably, Pep Guardiola’s men kept a clean sheet nine times during that 12-game sequence, conceding precisely once per match in the other three. What’s more, the ‘Sky Blues’ have gone undefeated in nine successive home games across all competitions (W7, D2) since suffering a horrendous 5-2 loss to Leicester City in late September. Six of those seven triumphs were ‘to nil,’ which has been the case in five of their last seven competitive successes against Birmingham here. Additionally, Manchester City have been lethal at home lately, scoring an average of 2.6 goals in their five previous matches at the Etihad.

On the other hand, Birmingham head into this encounter on the back of a dismal six-game winless run (D1, L5), failing to hit the net four times in the process. Moreover, a lackluster defending has seen the Championship outfit concede 2.6 goals on average across their last five competitive outings. However, Aitor Karanka’s men have avoided defeat in seven of their eight previous games (W3, D4), keeping a blank sheet on four occasions. Away from home, low scoring has been a theme for Birmingham this season, as eight (72.73%) of their 11 competitive trips have featured under 2.5 goals. Historical stats are hugely against the visitors. Indeed, going back to 1996, the ‘Blues’ have drawn a blank in nine of their 13 competitive visits to Manchester City! 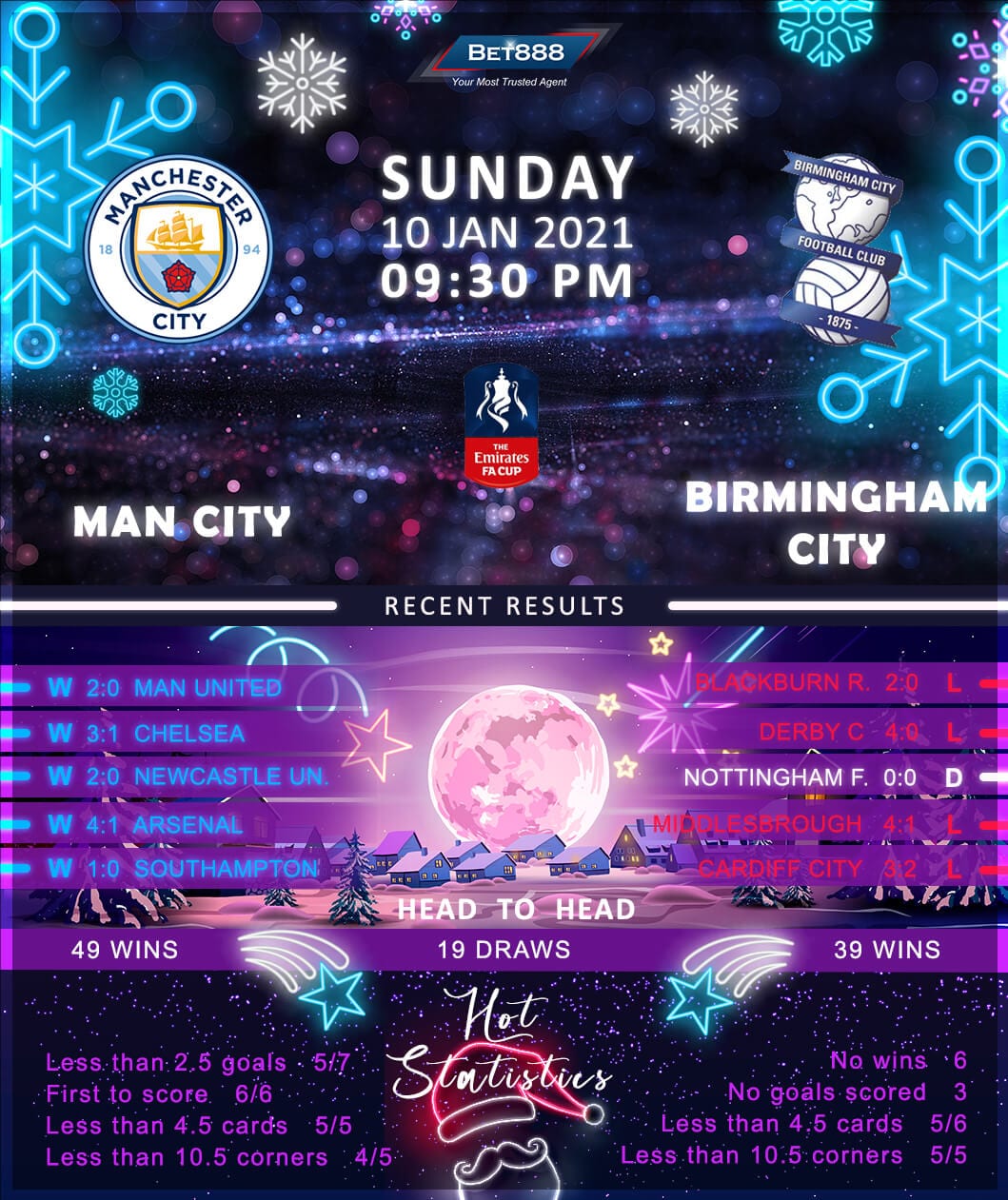