Manchester City and Borussia Dortmund are set to face-off at the Ethiad Stadium in the first leg of their UEFA Champions League quarter-finals tie.

Manchester City eased past Borussia Monchengladbach in the round of 16, winning both legs by the identical 2-0 scoreline to reach the competition’s quarter-finals for the fourth year running. Standing in their way now is a Borussia Dortmund team they have failed to defeat in their only previous Champions League encounters (D1, L1). However, the ‘Citizens’ have ended up on the winning side in ten of their last 11 Champions League fixtures against German opponents (D1), scoring 2+ goals in all but one of those meetings. Additionally, the runaway Premier League leaders have kept a clean sheet in each of their last seven Champions League outings. On the flip side, Pep Guardiola has lost four of his five quarter-final games in Europe’s elite club competition as Manchester City manager, failing to progress from this stage in the last three attempts.

Meanwhile, Borussia Dortmund saw off Sevilla 5-4 on aggregate in the last knock-out round despite conceding precisely twice in each leg (3-2 A, 2-2 H). Although ‘Die Borussen’ started their Champions League journey with a 3-1 defeat away to Lazio, they have since gone undefeated in all seven outings in the competition (W5, D2), netting an average of 2.28 goals per match in that sequence. Having advanced to this Champions League knock-out stage for the first time since 2016/17, Dortmund will be looking to improve their quarter-finals hoodoo that saw them win just one first leg in their previous six such ties (D2, L3). Having that said, the Bundesliga heavyweights have suffered elimination in each of their last three Champions League knock-out ties versus English sides, losing five of the six matches in the process (D1). 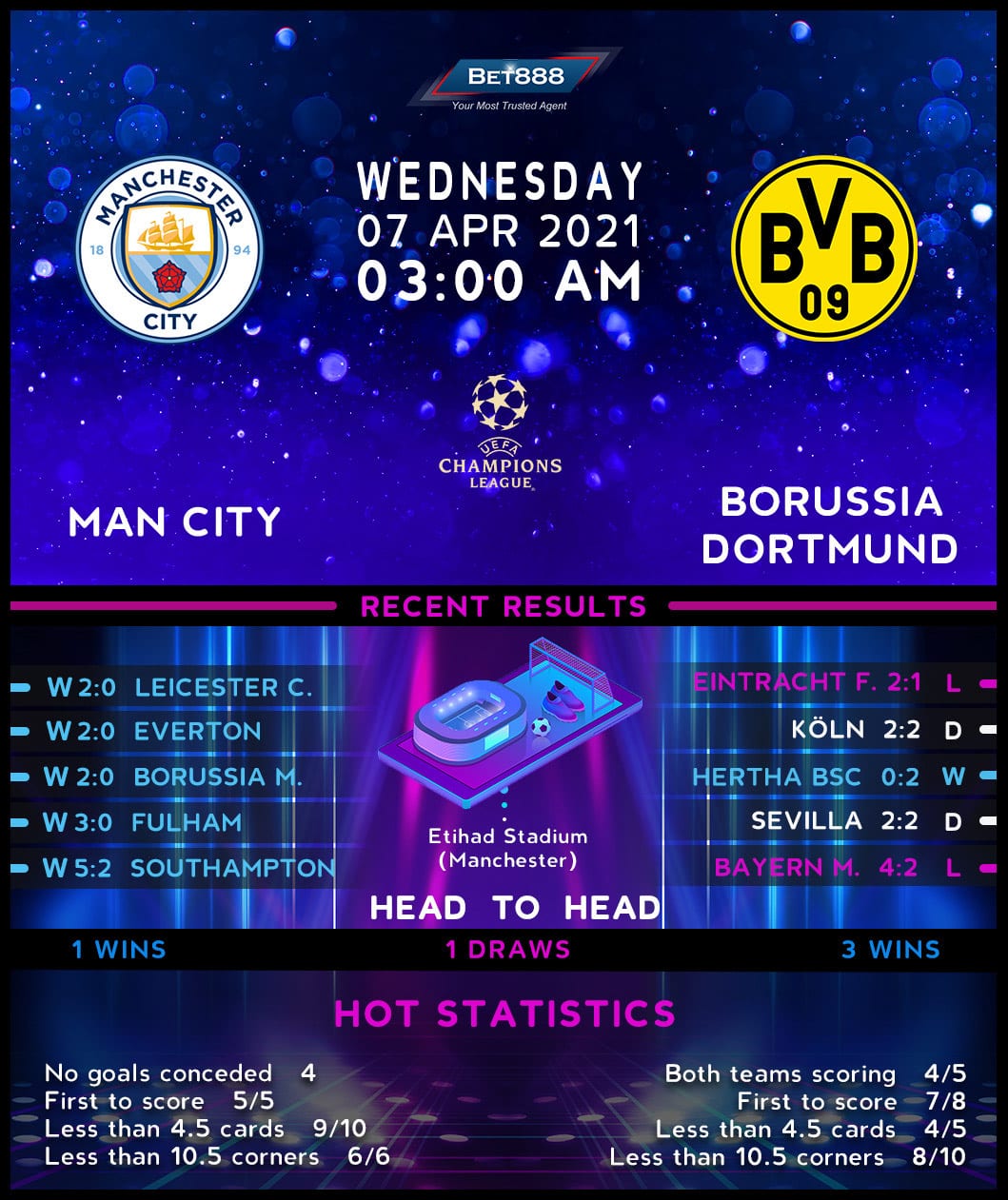