Manchester City hope to complete their mission in the UEFA Champions League Round of 16 as they meet Borussia Monchengladbach at the Puskás Aréna 2-0 up.

A two-goal cushion puts Manchester City in firm control of this tie, with the ‘Citizens’ unbeaten in their five Champions League meetings with Gladbach (W4, D1). The runaway Premier League leaders have returned a substantial +9 goal difference from those encounters (GF:13, GA:4). Since a 4-0 thumping of this very opposition in his Champions League debut in City’s dugout, Pep Guardiola has seen his side pick up more triumphs (16) and net more goals (59) than any other Premier League team on home turf in the competition. Indeed, Manchester City have racked up ten victories in their last 11 home Champions League fixtures (D1), netting an intimidating average of 3.5 goals per match in the process. This season alone, they have scored precisely three goals in each of their three home outings in the competition, with seven of those nine strikes coming in the second half of play.

Meanwhile, the visitors head into this showdown on the back of a disastrous eight-game winless streak in all competitions (D1, L7), having lost each of their last six competitive matches. Borussia Monchengladbach have never won an away European contest to English hosts (D1, L3), conceding precisely four goals apiece in their last two visits to the country (both times against Manchester City). Additionally, ‘Die Fohlen’ have gone from back-to-back Champions League wins to three defeats on the bounce, all of which have seen them concede over 1.5 goals. Adding to a long list of problems, Marco Rose’s men have drawn a blank in both of their previous Champions League outings, which has been the case in two of their last three competitive fixtures. 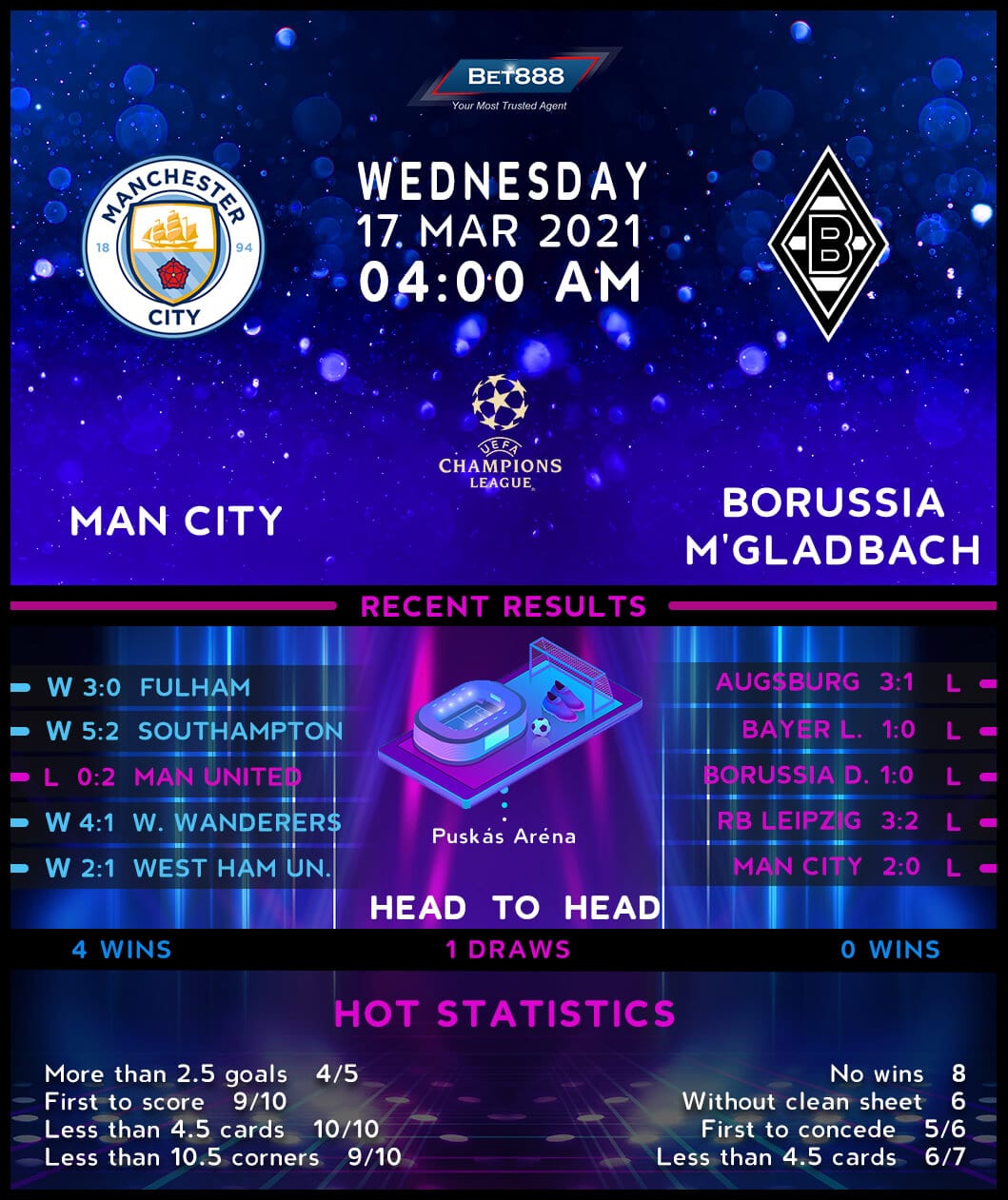