Brighton & Hove Albion head to the Etihad Stadium to take on Manchester City, looking to pick up the first points in their Premier League H2Hs since joining the top-flight in 2017.

Since their last Premier League defeat (November 2020), Manchester City have racked up an intimidating 13-game unbeaten run in all competitions (W10, D3), winning their five previous competitive fixtures by at least a two-goal margin. In the Premier League alone, the ‘Sky Blues’ have won their last four matches, winning the first half ‘to nil’ on each occasion. What’s more, Pep Guardiola’s men have avoided defeat in their six previous home league games (W4, D2), scoring the opening goal within 25 minutes of play and keeping a clean sheet in each victory. Indeed, Manchester City have registered a clear majority (71.43%) of their home Premier League goals scored thus far before the break (10/14), with five of their seven home league matches featuring over 1.5 first-half goals.

Meanwhile, Brighton are sinking without a trace after failing to win any of their eight previous Premier League fixtures (D5, L3) and netting just 1.00 goal on average per match across this period. Whilst each of Brighton’s last three top-flight H2H defeats at this venue came via at least a two-goal margin, their away league matches this term have been notably tight, with five of their eight seeing the teams separated by a margin of less than 1.5 goals at full-time. Curiously, the ‘Seagulls’ have surrendered an away half-time lead only once this league campaign (W2, D1), though they have yet to turn a road half-time draw/loss into a victory (D2, L3). That’s despite 54.55% of their total away Premier League goals scored this season have come in the second half of play. 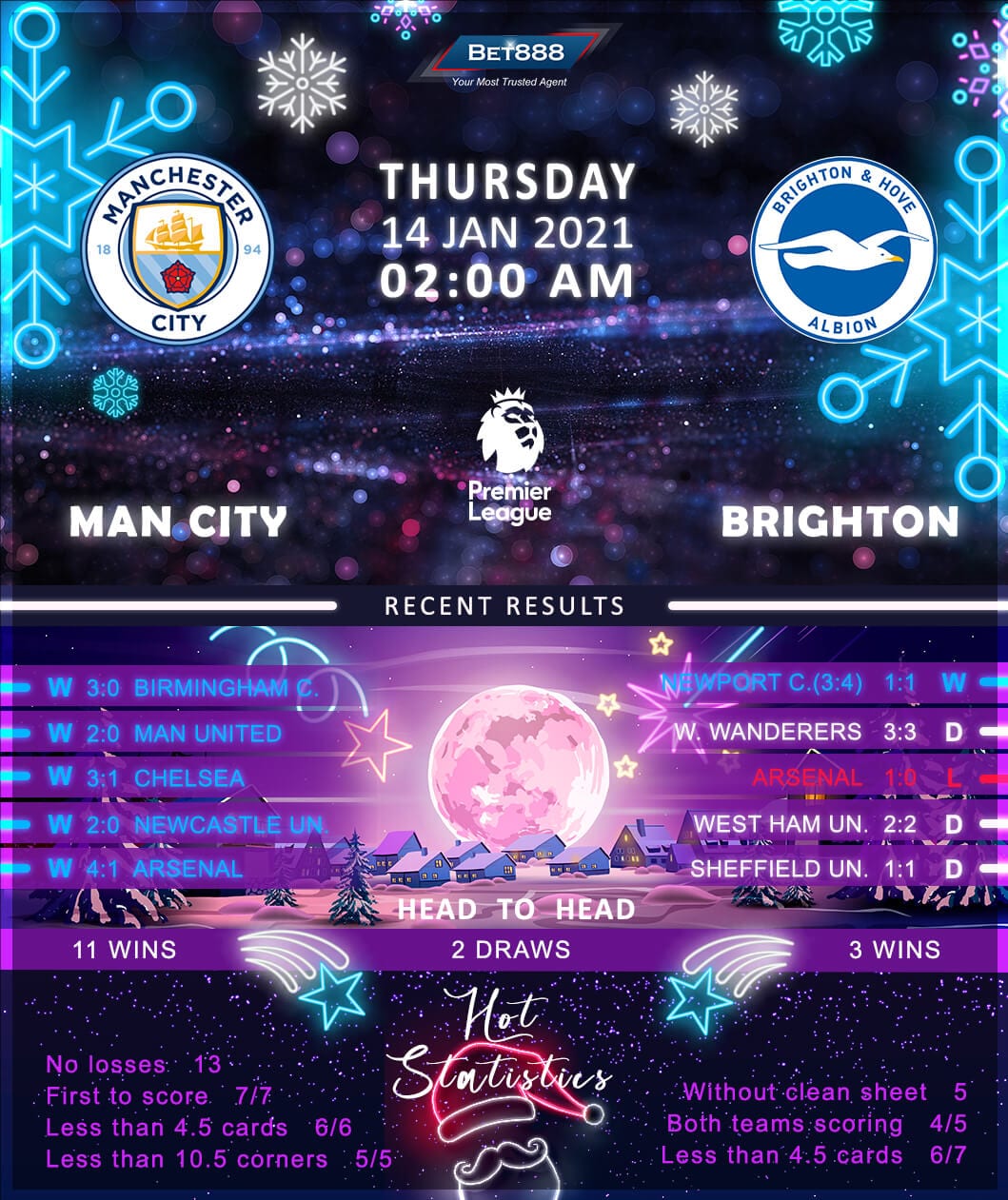