After an action-packed 3-2 defeat to Liverpool in the weekend’s FA Cup action, Manchester City will be looking to bounce back against a Brighton side they’ve never lost to at home in league action (W9, D2). Liverpool’s 4-0 thumping of Manchester United has seen them regain the top place in the Premier League table for the first time since October, putting more pressure on Pep Guardiola’s men ahead of this fixture. Worryingly, though, the ‘Cityzens’ have racked up just one victory from their last three Premier League outings (W1), as many failed attempts to secure all three points as in their 18 previous matches in the competition (W16, D1, L1). However, Man City will feel confident about returning to winning ways here, having won eight of their nine Premier League meetings with Brighton (L1).

As for Brighton, back-to-back victories in London against Tottenham Hotspur and Arsenal have reignited their bid to land a first-ever top-half finish in the Premier League. Yet, the ‘Seagulls’ have conceded a staggering 27 goals across their nine Premier League encounters against Man City, throwing their hopes of winning three straight league games for the first time since October 2018 into doubt. Playing on Wednesdays (European time) has often spelt trouble for Brighton, as they’ve won just 6.3% of their Premier League fixtures hosted on this day of the week (1/16). Brighton’s away action usually sparks into life after the break, with 14 (74%) of their 19 Premier League goals scored on the road this season coming in the second half of play. 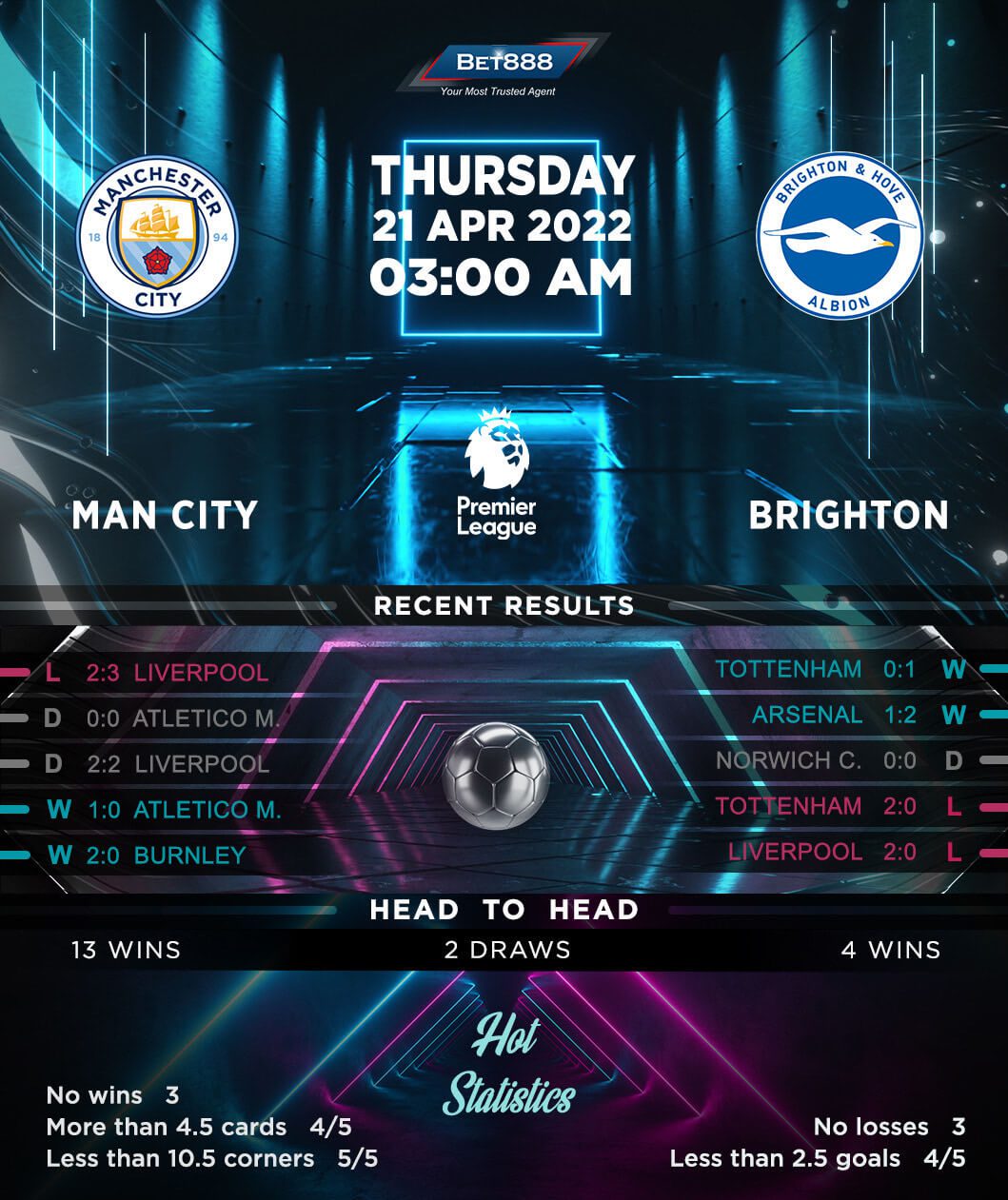