The 2020/21 UEFA Champions League finalists will lock horns in a massive Premier League encounter this weekend as Manchester City meet Chelsea at the Etihad Stadium.

A 2-0 home victory over PSG in the Champions League midweek saw Manchester City stretch their winning run in all competitions to five games. Curiously, none of City’s last 36 competitive fixtures have ended level (W33, L3) since a 1-1 home draw with newly-promoted West Brom back in mid-December. At the Etihad, the ‘Citizens’ have lost two of their last three Premier League games (W1), one more defeat than they had in their previous 14 home matches in the competition (W11, D2, L1). Since losing 3-1 to Chelsea at this venue in his first season in charge of Manchester City, Pep Guardiola has guided his side to three consecutive home top-flight triumphs versus this opposition, returning an intimidating +8 goal difference for his troubles (GF:9, GA:1). After claiming a comfortable 3-1 win at Stamford Bridge in the reverse fixture, City are in pursuit of their first league double over Chelsea since 2017/18.

Meanwhile, fresh from ousting Real Madrid from their Champions League semi-final tie, Chelsea look to extend their winning Premier League run to three games and solidify their already good-looking position in the top-four race. Notably, the Londoners have yet to lose a competitive away match under new boss Thomas Tuchel (W8, D3), registering seven clean sheets in the process. However, entertainment has been relatively sparse in Chelsea’s road fixtures under the German manager as 81.82% of them have featured under 2.5 FT goals (9/11). For Chelsea, it’s all about scoring first, as evidenced by their resounding 87.5% win ratio across Premier League games in which they were leading at half-time this season (GP16 – W14, D2). On the flip side, the ‘Blues’ have failed to win any of the seven league matches in which they were behind at the interval so far (D2, L5). 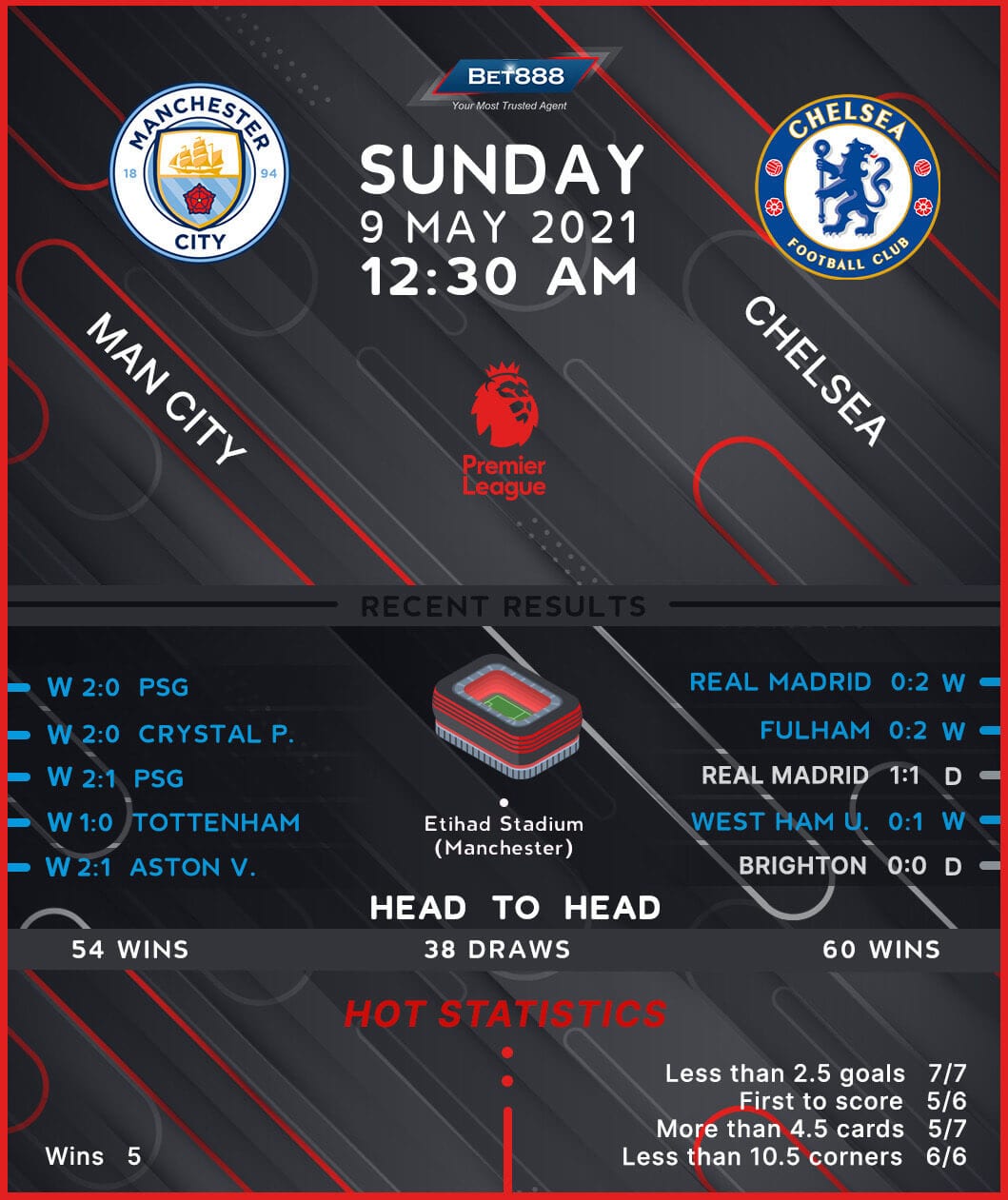