The most highly anticipated fixture on the European football schedule will be staged at the Estádio do Dragão as Manchester City take on Chelsea in an all-English UEFA Champions League final.

Except for a 4-3 home triumph over Tottenham in the return leg of their 2018/19 Champions League quarter-final tie, Manchester City have lost all of their other five European encounters with domestic rivals. Indeed, they have lost both of their only previous European meetings with Chelsea by the identical 1-0 scoreline. Despite their continental struggle against Premier League clubs, the ‘Citizens’ have been ruthless in the Champions League this season, claiming 11 triumphs to become the first English side to reach such a milestone in a single season in the competition. Pep Guardiola’s men have been virtually unstoppable in front of goal in Europe over the past couple of seasons, netting a staggering 60 goals in their last 25 Champions League outings at an average of 2.4 per match. After putting together 790 minutes without conceding in the Champions League, the newly-crowned Premier League champions have failed to keep a clean sheet in three of their last four games in the competition.

Meanwhile, Chelsea have lost only 21.05% of their European meetings with Premier League clubs (GP19 – W7, D8, L4), although they’ve secured just one victory in their last five such encounters (D2, L2). A 2-0 home win against Real Madrid in the second leg of their Champions League semi-final tie marked Chelsea’s 13th clean sheet in 17 games. However, Thomas Tuchel’s men have failed to register a shutout in any of their subsequent five matches in all competitions since then. Since overcoming Madrid in the semi-finals, the ‘Blues’ have lost three times in their last five competitive fixtures (W2), albeit one of those wins came at the expense of Man City. After failing to win any of his first five managerial contests against Guardiola (D2, L3), Tuchel has outplayed his City counterpart in both encounters since taking charge of Chelsea in January, prevailing by a single-goal margin on each occasion. 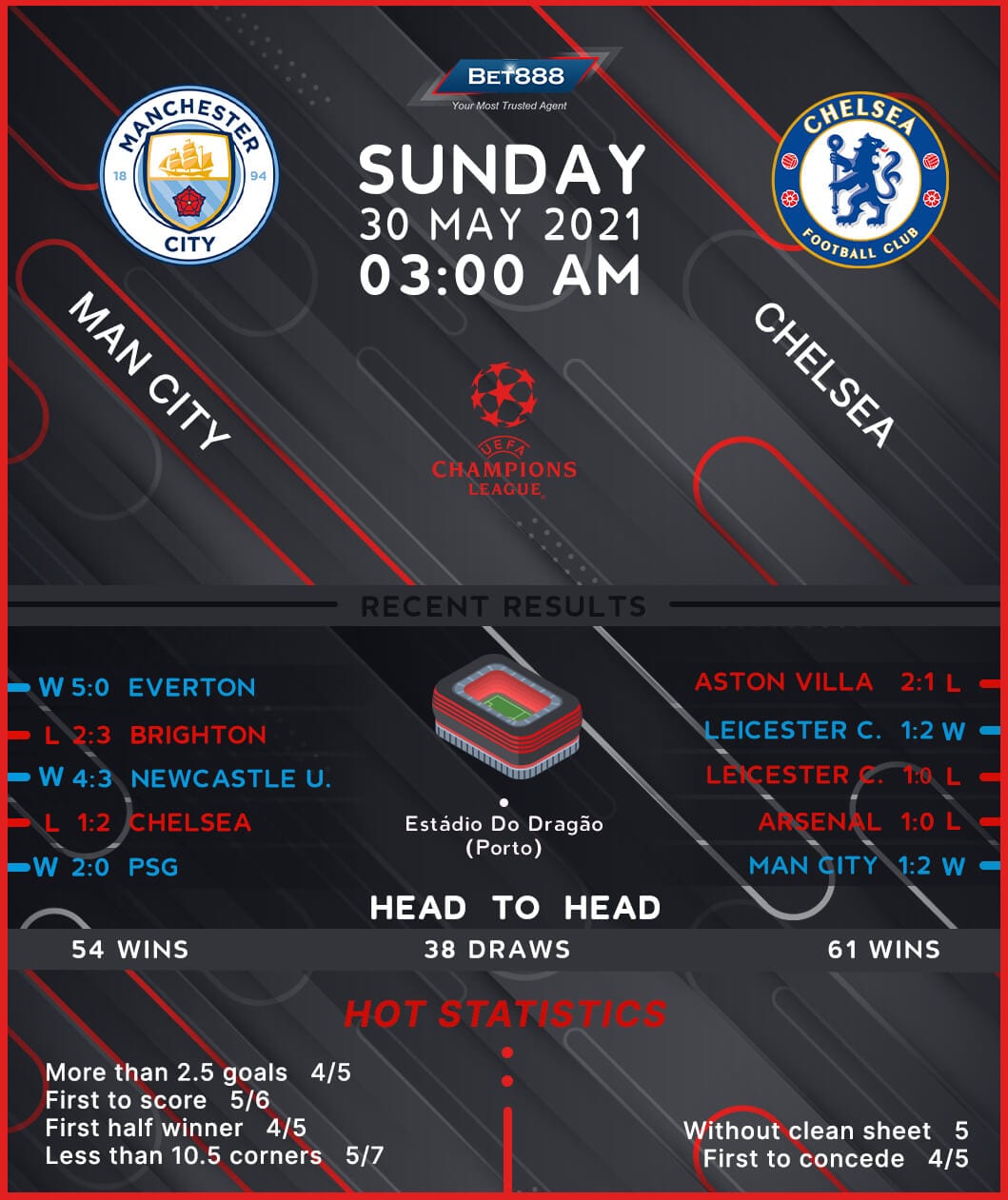