Manchester City play host to Crystal Palace as the two teams meet in a potentially high-scoring Premier League affair. Their last five league meetings here have produced over 3.5 goals each, with the last two seeing both sides score at least twice.

Manchester City are going through an impressive spell, having gone unbeaten in 14 matches in all competitions (W11, D3) since losing 2-0 to Tottenham in the Premier League back in late November. Remarkably, Pep Guardiola’s men have kept a clean sheet in 11 of their last 14 competitive games! In the Premier League alone, no team has shipped fewer goals than City (13) this season, with 61.54% of these goals conceded coming in the second half of play. The ‘Sky Blues’ are enjoying an eight-match unbeaten league run (W6, D2), registering a shutout six times in that sequence. Interestingly, though, Manchester City have failed to defeat Crystal Palace in both of their previous top-flight meetings at the Etihad (D1, L1) after winning six consecutive such encounters beforehand.

On the other hand, Crystal Palace have failed to score in both of their previous matches in all competitions (D1, L1), which means that five of their last six competitive games have seen one or both sides draw a blank (W1, D2, L3). Away from home, Roy Hodgson’s men have failed to find the net in 55.56% of their Premier League games this season, with 63.64% of their total away league goals scored thus far coming in the second half of play (7/11). The ‘Eagles’ have established a habit of falling behind without recovering, surrendering the points in all four away Premier League fixtures in which they conceded the opening goal. However, Crystal Palace are hard to get off the rails after winning the first half, as they’ve won five of the seven league matches in which they were leading at half-time (D2). 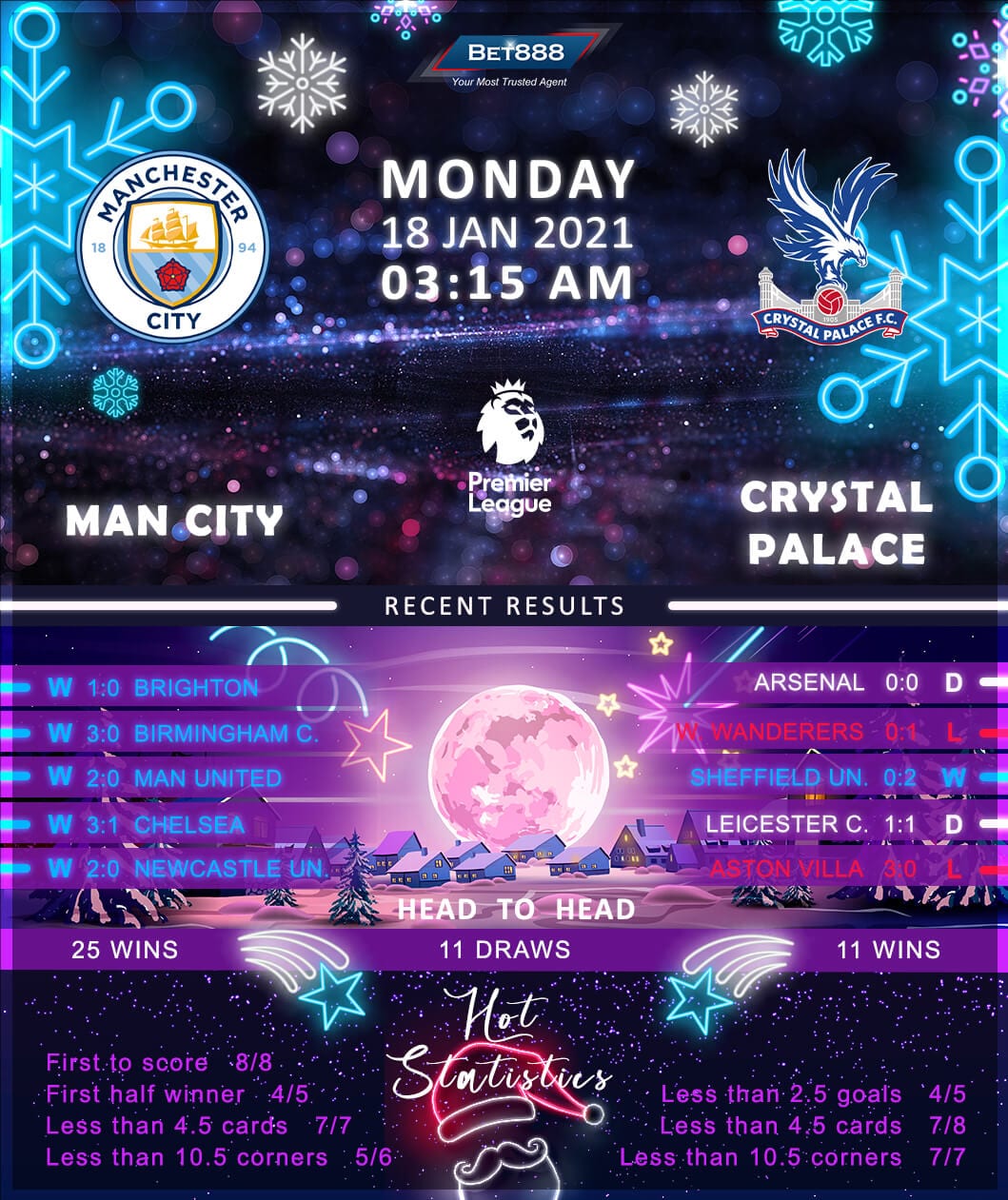