Manchester City and Everton go head-to-head at the Etihad Stadium in the final round of the 2020/21 Premier League season.

Manchester City spurned a two-goal cushion to lose 3-2 away to Brighton last time out. The newly-crowned champions have suffered two defeats in their last three Premier League games (W1), as many reverses as they had in the 26 in the competition beforehand (W22, D2). Notably, Pep Guardiola has won the final match of the season in all four Premier League campaigns since taking charge of the ‘Citizens’ in 2016. Furthermore, Man City have defeated Everton in each of their last six top-flight meetings, as many Premier League wins they had against them in the previous 21 encounters (D5, L10). However, the hosts have lost three of their last four league fixtures at the Etihad (W1), conceding precisely twice in each failure.

Meanwhile, Everton’s narrow 1-0 triumph over Wolverhampton last time out ended a run of two Premier League games without a win (D1, L1) and marked their third clean sheet in four league matches. Since losing 2-0 at Chelsea at the beginning of March, the ‘Toffees’ have gone unbeaten in their subsequent four Premier League trips (W2, D2), all of which yielded under 1.5 FT goals. Though it may come as some surprise, 64.71% of Everton’s top-flight victories this season have arrived away from home (11/17). Carlo Ancelotti’s men have tallied 11 Premier League wins on the road this term (most in a single campaign in the competition). Everton will equal the club record of 12 away victories in a league season set in 1969/70 if they beat City at the Etihad for the first time since December 2010. 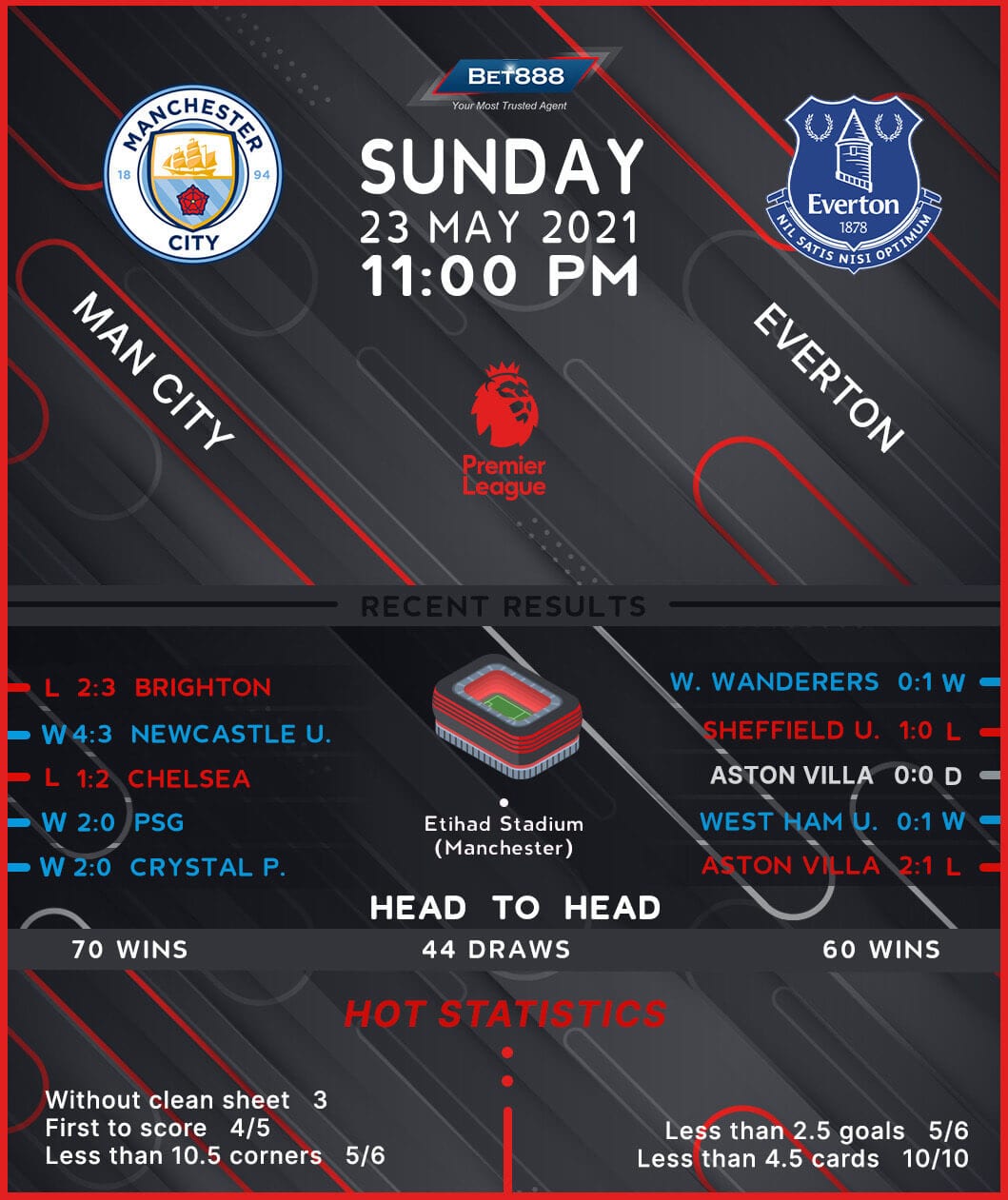