Manchester City will be looking to post their eighth consecutive Premier League victory over Fulham when the two teams meet at the Etihad Stadium.

The hosts, who enter this encounter off the back of a goalless away draw with Porto in the Champions League midweek, will be looking to post two successive Premier League wins for the first time this season. Before thumping Burnley 5-0 last time out, the ‘Sky Blues’ had scored under 1.5 goals per Premier League game in six outings in a row, drawing a blank in the second half on five of those occasions. However, Manchester City must be confident of picking up a victory here, as they’ve won each of their last six competitive H2Hs as hosts via multiple-goal margins and without conceding. Quick out of the blocks, Pep Guardiola’s men have registered two-thirds of their Premier League home goals scored in the first half of play (6/9).

Meanwhile, the visitors pulled off a stunning 2-1 away win over Leicester City last time out to bring a two-game losing Premier League run to an end. Fulham’s recent league matches have been notably tight, as six of the last seven have ended separating the sides by under 1.5 goals (W2, D1, L4). Away from home, the ‘Cottagers’ have yet to keep a clean sheet in the Premier League this term, conceding precisely once per game in their four previous league trips. Curiously, each of their last three Premier League goals shipped on the road has come on or beyond the 85th minute. Scoring could also be an issue, as evidenced by the fact Scott Parker’s men have failed to find the net in two of their last four Premier League trips. 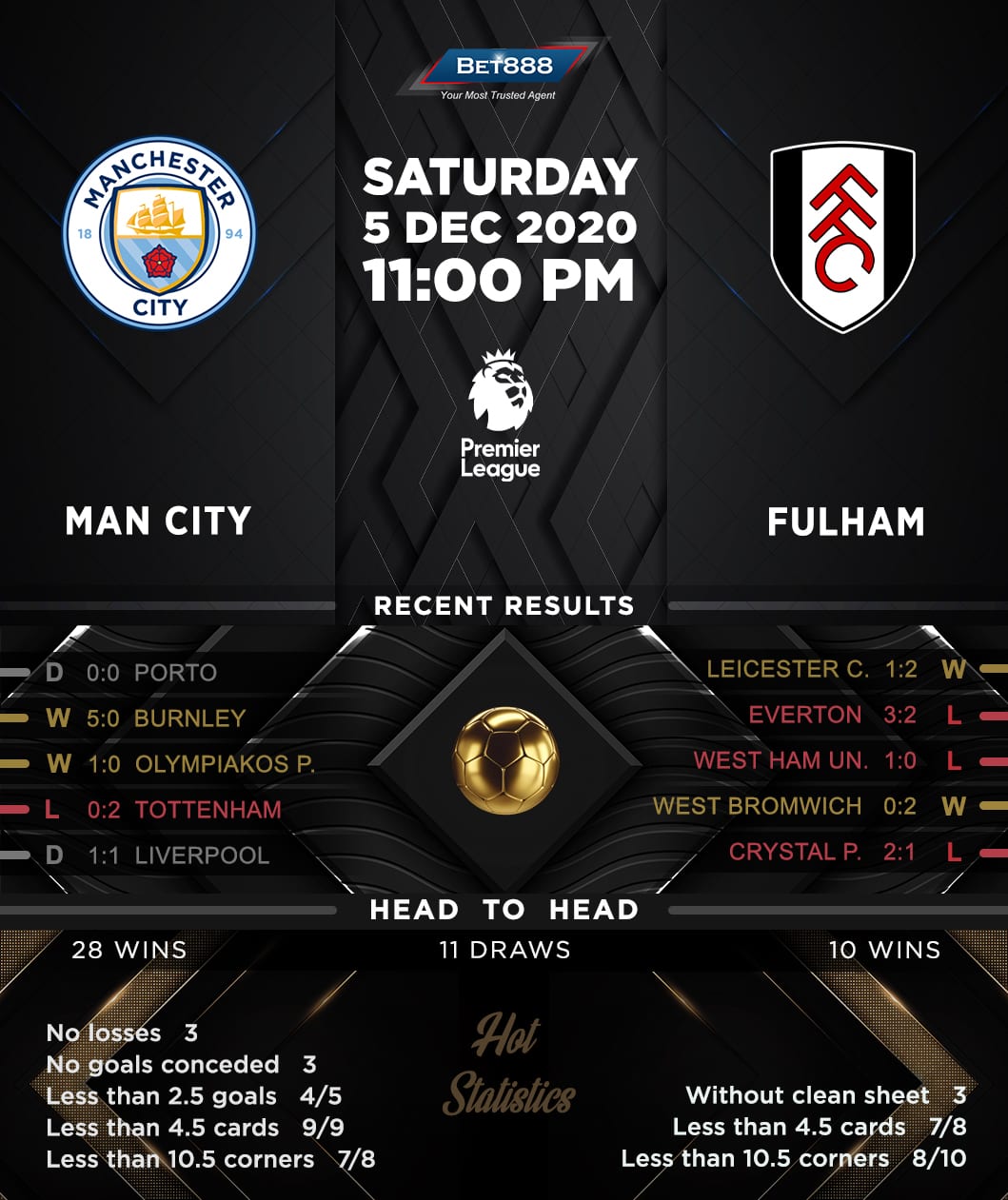