Manchester City and Newcastle United will meet at the Etihad Stadium in an exciting Premier League contest. Each of their last 11 top-flight meetings held at this venue has produced over 2.5 total goals.

Manchester City ran riot against Arsenal to secure a comfortable 4-1 triumph in their Carabao Cup encounter and extend their undefeated run in all competitions to nine games (W6, D3). In the Premier League alone, the ‘Sky Blues’ have gone unbeaten in five matches in a row (W3, D2) since losing 2-0 to Tottenham Hotspur on Matchday 9, keeping a clean sheet on four of those occasions. However, Pep Guardiola’s men have not been at their usual best in the attacking third this season, lamenting their lowest goals-per-game ratio in the competition (1.46) since 2007-08. Indeed, they have scored precisely once per match in three of their last five home Premier League outings. Still, Manchester City have won each of their 11 previous top-flight home meetings with Newcastle, scoring 39 goals combined across those clashes.

Meanwhile, Newcastle were shocked 1-0 by Brentford in the Carabao Cup midweek, which means they have now failed to win any of their last three competitive fixtures (D1, L2). Away from home, Steve Bruce’s men have picked up just one victory in their five previous Premier League matches (D2, L2) despite finding the back of the net on four of those occasions. Slow-starting visitors have netted just a single first-half goal in their opening seven Premier League trips, failing to score within 15 minutes of play in the process. What’s more, the ‘Magpies’ have lost more Boxing Day fixtures (14) than any other Premier League side, including the last five. It’s also worth noting that Newcastle boss Steve Bruce has failed to win any of his 12 away Premier League games against Manchester City (D3, L9). 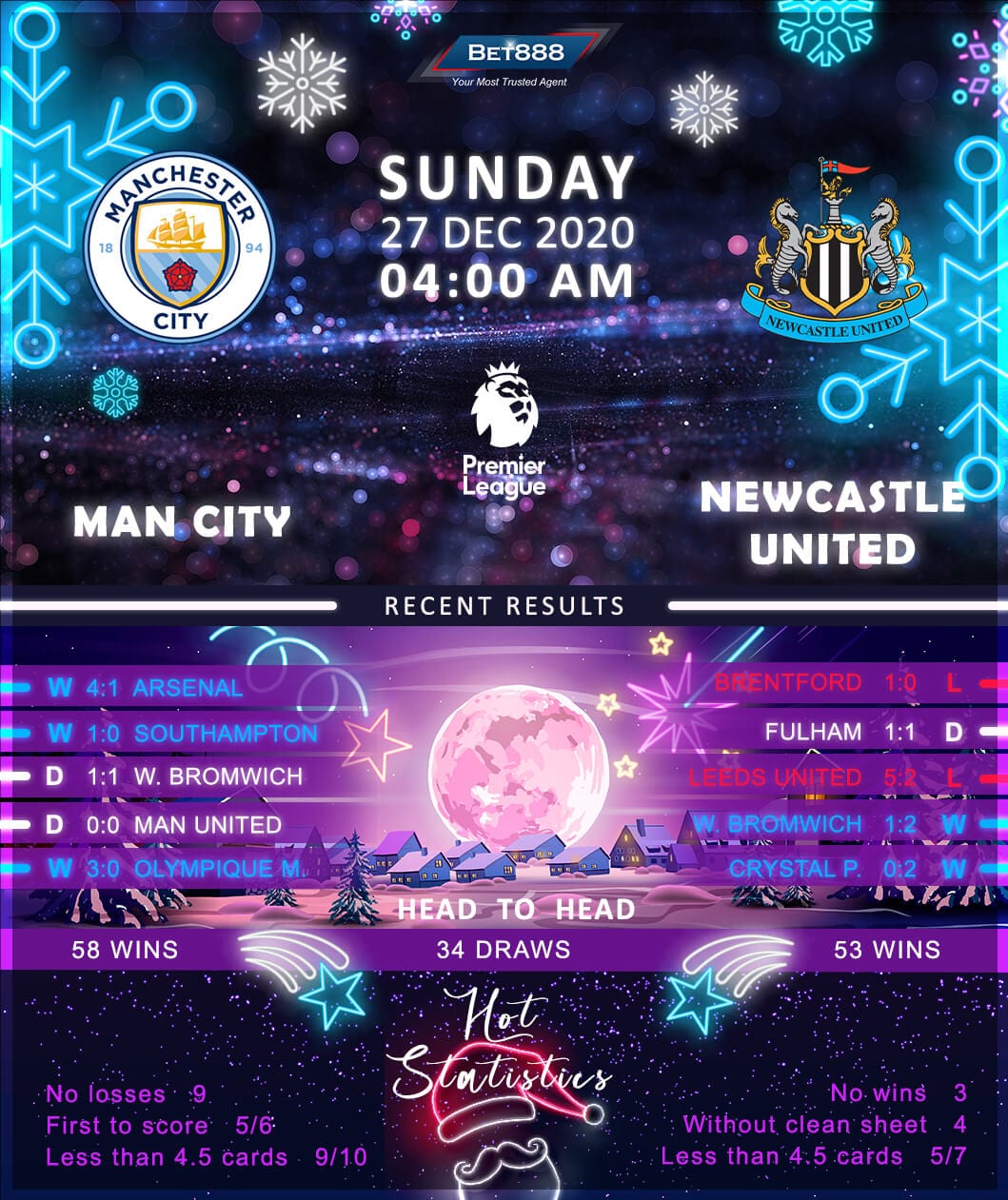